Back in 1985, my dad brought home a brand-new Commodore 64 home computer, and I’ll never forget the first time we fired it up and started playing around with it. Along with the unit itself, there was a very heavy monitor, a floppy-disk drive and a bunch of other accessories that took up almost a whole room of our house and cost a grand total of well over $1,000 when all was said and done.

Fast-forward to 2018, and I am like a giddy little kid again as I open the box to the new C64 Mini console from Retro Games, which comes with an included wired joystick and 64 original games pre-loaded. There’s no bulky monitor or disk-drive this time, and the price is a lot more reasonable at only $79.99 US. It doesn’t come included with an AC power adapter, but a micro-USB cord is all you need to get started. 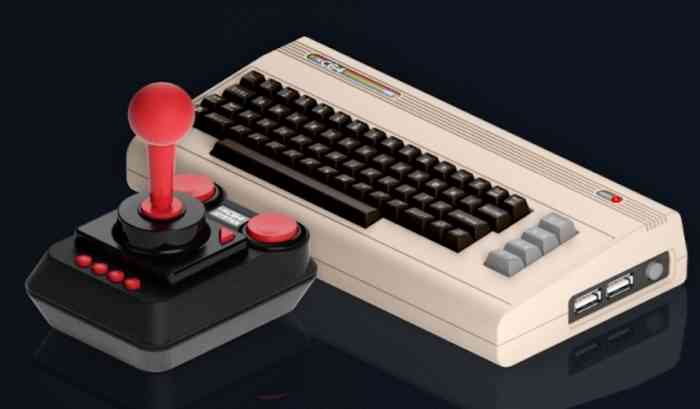 At first glance, the C64 Mini is an adorable half-size exact replica of the original, and I was impressed with the apparent quality of its construction. Disappointingly though, the little keyboard is not functional, and as I found out later the unit uses a rather awkward virtual keyboard for typed input (you can connect your own USB keyboard though, if you prefer). Connecting the C64 Mini to a TV via an HDMI cable, you are greeted with a home screen menu from which you can choose from among the 64 included games. The setup and start-up is easy and fast, and the menu design is efficient and user-friendly, so within minutes I was back playing retro C64 classics just like the old days.

Once the initial euphoria wears off you’ll realize that 64 games, while generous by today’s retro-console standards, still feels a bit limited. This was, after all, a game platform that boasted thousands of titles in its prime, so naturally there will be many old favorites missing from the relatively few that have been included. I was happy to see some of my old stand-bys there – Summer Games II, Sword of Fargoal and Impossible Mission for example. But sadly, no Archon and no Lode Runner. In fairness though, Retro Games has included the ability to add more titles via USB if you really feel the need to.

But the games that are included are a nice cross-section of different genres, and they all play just as they did back on the original C64. It is surprising how quickly I was sucked back in to these blocky, old-fashioned games, which seemed to make up for their graphical shortcomings with such a creative use of cute chiptune music and full-spectrum color. Despite the “64” in the name, these are all 8-bit games, so expect an experience that is something like the NES in visual fidelity. The HDMI connection will render games in 720p, which almost seems like overkill – especially when you use a modern large-screen TV, as I did. 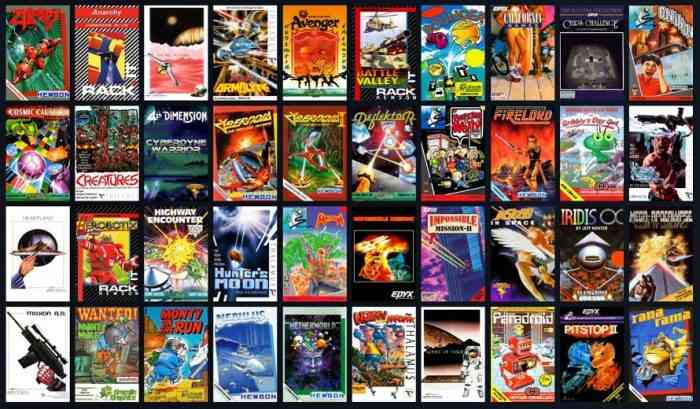 The included controller, while impressive in its miniature resemblance to the original C64 joystick I used back in the day, is a definite weak spot once the serious playing begins. Despite its appearance, it is much lighter and more cheaply constructed than the real thing was, and the buttons are much less responsive. This wasn’t a problem for some games, like the simple Pit Stop II, but for others, it was a really an issue. I found that playing platformers like Cyberdyne Warrior or sports games like Summer Games II to be quite frustrating due to the squishy button and sluggish side-to-side response of the joystick, and that soured my nostalgic enjoyment at times. It also doesn’t help that its cord is quite short, so you’ll have to sit close to the C64 Mini while you play.

One thing that the C64 Mini offers, however, that other retro consoles cannot match is the inclusion of the BASIC programming interface. The original Commodore 64 was a home computer, after all, and not simply a game console. Offered as one of the game selections on the Home menu, the BASIC interface gives you that classic blue screen and allows you to create your own programs. This is a fun and surprisingly-addictive little side-activity to try when you tire of playing the C64 Mini’s games, and once you get good at BASIC it’s amazing how sophisticated your programming creations can be. Retro Games also offers lots of support for budding BASIC programmers on its website if you are serious about learning the language.

The C64 Mini offers you a lot in its adorable diminutive plastic package. You get a generous and well-balanced game lineup that includes a lot of solid titles even if some favorites are missing. While the original games are faithfully reproduced and retain all their original charm, the poorly-constructed joystick will seriously dampen the fun at times – but even then, the C64 allows the use of your own USB controller if you prefer. At $79.99 US, the C64 Mini delivers genuine nostalgic fun at a much cheaper price than your dad paid, and this time there’s no annoying floppy-disks to deal with.