Bloodborne: The Old Hunters Review – Wonderfully Crafted DLC is Everything Fans Could Want

EDITOR’S NOTE: We wanted to exhaust the DLC by finding as much as possible, and slaying each boss with precision and patience. We released 5 detailed guides which tell you how to beat each boss and now we cap it all off with the review. Thanks for your patience and happy hunting!

Bloodborne was a highly sought after PS4 title, and naturally, was released to critical acclaim and commercial success. Fans exhausted themselves on the sheer amount of content, including optional bosses, character questlines with multiple outcomes, and the slightly less popular chalice dungeons. From Software had initially planned for two separate pieces of DLC for this game, but instead opted to fuse them together into one larger expansion, which thrusts people back in time, during the beginnings of Yharnam’s fall to the beastly scourge that the player encounters.

The Old Hunters is a shining example of what DLC should be for a game. Amidst cosmetics, instant unlocks, and other poor attempts at bonus content, From Software instead decided to come through and provide a large, tangible expansion to the games story. Amidst multiple new areas to traverse, people received access to a bevy of new trick weapons (arguably one of the coolest parts of bloodborne) that work for all sorts of player builds, along with the highly requested “Transformation” mechanic that people speculated upon as wildly as the beasts they hunted. The Hunter’s Nightmare is by no means a walk in the park, but it ultimately culminates in one of the hardest bosses across all of bloodborne and the various Souls games. It also does players the favour of expanding upon the lore in way that helps fill in a lot of holes.

I admittedly made the mistake of attempting this on a fresh character. Part of the reason I took so long to review this was I came in at about level 55 or so, and knew I had to grind to get to the recommended level. Once I was ready to go, The Hunters Nightmare proceeded to make me its bitch. This is NOT something new characters should be attempting, as the bosses are all roughly the same difficulty as the end game content in the base game. You travel across central Yharnam, slaying various beasts and even multiple NPC hunters, all while trying to determine the source of the nightmare.

“I can’t really stress how much I love this expansion though. It provided more of what people loved about Bloodborne; fantastic music, cool trick weapons, and monstrous bosses that will kick your ass.”

The level design in these areas is all-around fantastic, and I found The Research Hall, a dizzying nightmare of verticality to be one of the highlights. It felt like a condensed version of the level design people have come to expect with From Software, where eventually it all clicks together, providing you easy access to the entire area. Never has one area that is so admittedly tiny, felt so immense at the same time. It’s also incredibly atmospheric, and has to be one of the creepiest areas in the entire game. Each area is also jam packed with secrets, so don’t be afraid to go out of the way and explore. You’ll definitely be rewarded for taking your time with each area.

The bosses of this expansion share similar attention to detail. I’ll admit I feel like From got a bit hasty in throwing us to the wolves, as I’d rather have fought Ludwig later rather than sooner. The bosses are all great, minus one that’s simply just “good”, but the highlights had to be the first, third, and final bosses of the DLC. They are all incredibly difficult, but there were only really a few times that it felt a bit unfair when trying to take them on solo. The bosses are highly aggressive in this DLC, for the most part, and you will likely require help from friends/summons at least once, I sure know I did. Ludwig himself easily has to be one of the best boss fights ever. A multi-phase boss with a dramatic shift in music and two very different forms all come together for one hell of a fight. 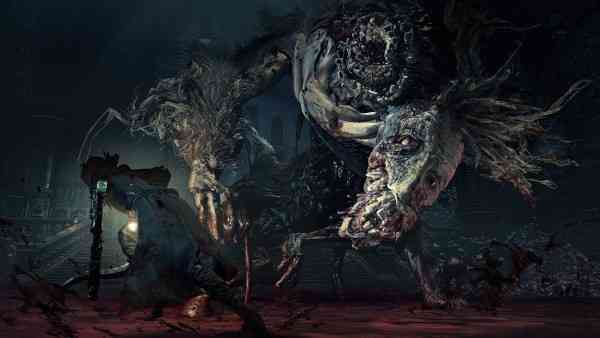 I can’t really stress how much I love this expansion though. It provided more of what people loved about Bloodborne; fantastic music, cool trick weapons, and monstrous bosses that will kick your ass. If you’d loved Bloodborne as much as I did, this DLC is a must purchase. Just be ready to go into it with a boatload of patience, as it is insanely hard. The Old Hunters do not mess around, and you’ll find that out almost immediately.