I play and review a lot of games. It’s fun to discover something new and different, like a game that wasn’t on my radar or all over the gaming press. I was excited to look at Blackwind. It’s an action RPG with some twin-stick shooter elements and more than a passing nod to Nier: Automata. It’s the kind of game that I really enjoy. It was a surprise, alright. But a good one?

Sadly, not so much. Like all games, Blackwind is a collection of ideas, and some of them are pretty good. Some of them are sort of awful. Even the decent ones need refinement.

A Boy and His Mech

Blackwind’s story is comic book thin. A teen named James Hawkins (if you’re keeping score, a clear reference to both Treasure Island and Disney’s Treasure Planet), is aboard a spaceship with his inventor dad. Pops has crafted a powerful mech-like battle suit, complete with self-contained AI. When their ship is attacked by aliens and shot down, it crash lands on the planet Medusa-42. Dad’s missing, and Jimmy now dons the prototype battle suit. He sets off in search of dear old dad, because only Jimmy’s father can voice command override the suit and get the teen out. As a premise, it works to get things moving.

For the next five or so hours of gameplay the story spits and sputters along. There are a few twists and surprises. The tone veers wildly between gee-whiz, goofy-groany teen humor and something that resembles angst. None of it matters, except Jimmy’s one-liners become incredibly annoying. More talented voice actors might have done something with the material. Story and its writing and performance are areas where Blackwind feels low budget. 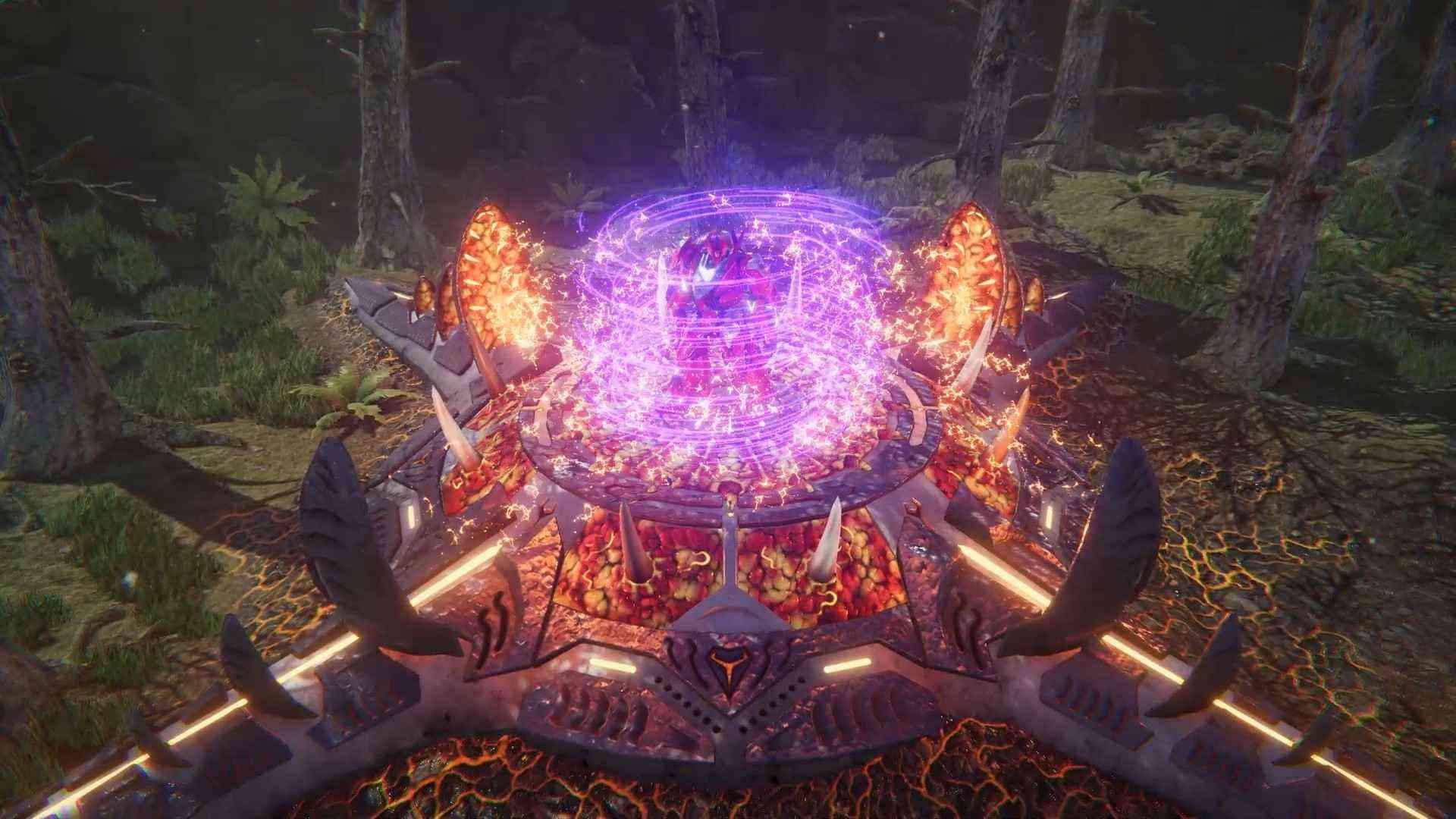 Blackwind’s gameplay is all about combat, platforming and environmental puzzle solving. In each area, there is a solid core surrounded or totally ruined by misguided execution.

Jimmy’s power armor/mech is a genuinely cool piece of tech. It has powerful melee blades and can shoot lasers and missiles. It can be upgraded in lots of ways, and Jimmy has a growing catalogue of special abilities. You can dodge-dash and block (poorly), and you have light and heavy attacks. There’s also an animated finishing move. It’s basically the same every time, but your reward for sitting through it is a slightly higher payoff in XP currency. It’s a little like watching an ad in a free mobile game to get an extra life. Fundamentally, combat gets a passing grade.

Unfortunately, nearly every good aspect of combat is more than counterbalanced by a mechanical misstep. For one thing, you often end up wildly circle strafing with the right stick in the general direction of enemies because aiming precisely is a lost cause, and only the special has a lock on. Melee combat is nearly useless for all but the vast legion of disposable, low level enemies. It’s very easy to get into a stun-lock loop by higher level units. Bosses are incredibly frustrating until you figure out a way to cheese them. Using actual skill and fighting fair is not an option.

In most games with a progression system, there are a number of sweet moments when the player is overpowered. In Blackwind, the player gets stronger at the same rate as the enemies, so there’s never a feeling of special strength or power.

Blackwind has a fair amount of platforming. A lot of it is necessary to progress forward into a new area. Sometimes, platforming is linked to a timer too, so that you have make several linked jumps before the clock runs out.

Here’s the problem: Blackwind’s camera is fixed and follows the player. It can’t be pulled out or rotated. The camera is zoomed in so close that often, the player can’t see where they’re trying to jump. Sometimes enemies are shooting from outside the scene, so you’re returning fire and hoping you hit something. The camera blocks sightlines, and it glitches. It’s just a constant and incredibly frustrating element. It has been years since I’ve played a game with such a poorly implemented camera. 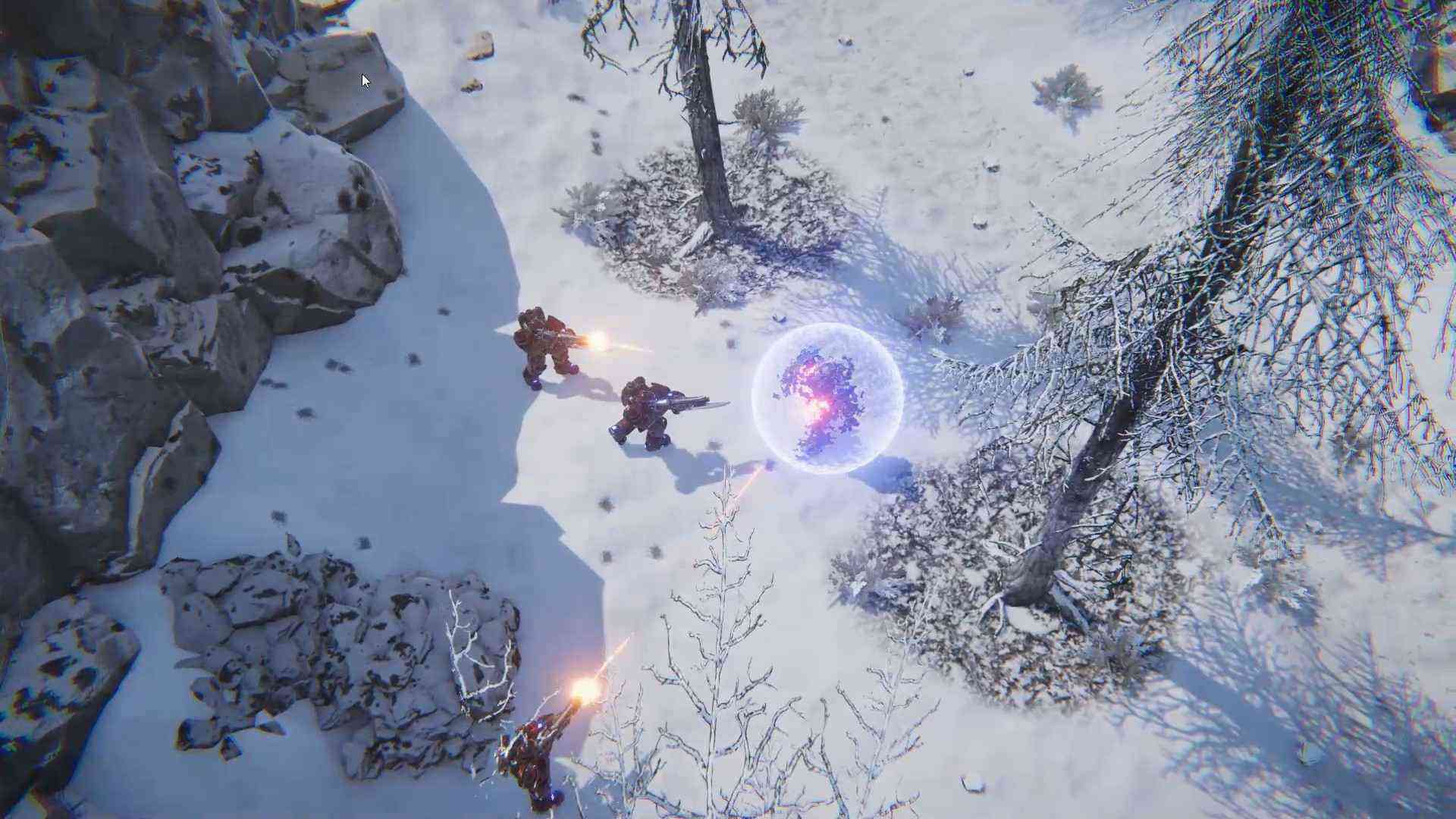 At the start of the review I mentioned Nier as an inspiration. The way the player moves through Blackwind’s world accompanied by music, the camera and the combat all suggested Nier: Automata. But Nier was a graceful ballet and a philosophical tour de force. Blackwind, not so much.

One Corridor Same as the Next Corridor

Blackwind takes place in basically two types of environments: endless, maze-like military industrial indoor complexes, and bland outdoor spaces. There’s a bit of variety in the color and texture palette, but it’s undercut by a lot of re-used assets.

Moving through the indoor spaces involves a lot of backtracking to find collectibles, keys and codes to open up the next series of hallways. Weirdly — but keeping with the game’s inconsistency — there is an onscreen mini-map for interiors, but no map for outside, where it’s needed every bit as much. The ever-frustrating camera makes it impossible to see where you’re going or where you’ve been, so a map would be helpful.

There are a lot of visual glitches, too, many of them as a result of getting stuck in scenery, once again thanks to the balky camera.

A Glimmer of Light

Blackwind obviously has a lot of issues, but nothing is all bad, right? Combat can absolutely be fun. When the camera is cooperating and balance is hitting a sweet spot, dispatching aliens is a good time. The progression system is hefty and there are some cool skins to unlock. There are lots of retina-burning, neon-bright combat effects that turn battles into fun, gaudy light shows. While they eventually become overly familiar, there is a fair variety of enemy types. 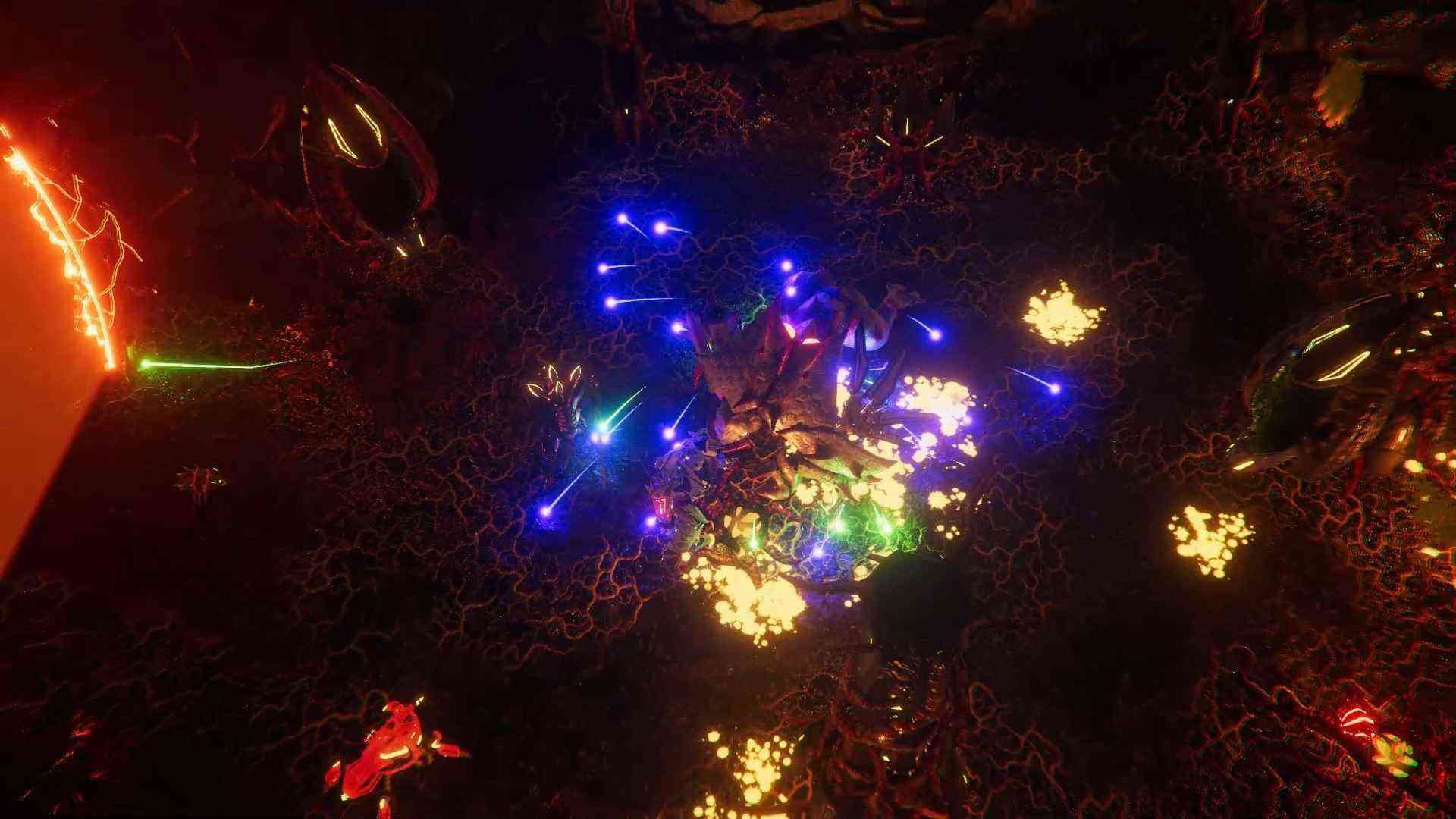 There aren’t enough hack-and-slash action games with a sci-fi setting, but Blackwind stumbles pretty hard and makes enjoying it consistently a challenge. The game’s camera is the worst offender, but issues with platforming, balance and combat are also parts of the problem. I didn’t care that the story could find a consistent tone as much as the game’s mechanics made me want to step away in frustration. I enjoy difficult games, but not unfair, busted or buggy ones.

***PS5 code provided by the developers for review*** 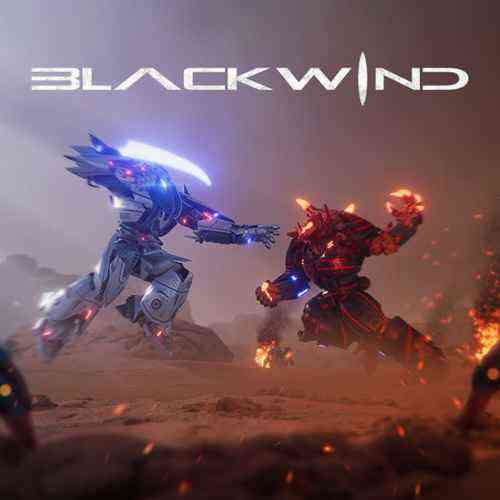