I really enjoyed playing otome games growing up, so I do have some standards when it comes to fictional relationships. The difference now is my standards have become too realistic – like, there’s no way a guy could ever say that! Nevertheless, with zero hesitation I picked up Birushana: Rising Flower of Genpei. It was the visuals that drew me in, with the colorful designs and plethora of beautiful men. It also helped that I missed the cheesy, cringey things that handsome 2D men say in otome games. My fingers were crossed for a good experience and Birushana delivered.

A historical fantasy story about war and finding your own way, we become Shanao Minamoto, heir to the Genji name. Pretending to be a male, Shanao was trained in combat in hopes that she could overthrow the enemy, the Heike. While she has accepted her fate, she also yearns to be a normal girl.

What is great about Shanao is she’s a strong female lead. While there are some characters that try to dim her light, Shanao perseveres – with your help, of course! With the exciting romance involving five attentive men, you must make decisions with high stakes that can lead to both happy and bad ends. Though the plot itself is pretty simple, I’m actually here for the 2D men. If you’re looking for a riveting story, Birushana isn’t a bad choice but the story is not the main reason we play otome games. Shanao’s character, growth, and her selected love interest is really the reason we’re here to begin with. 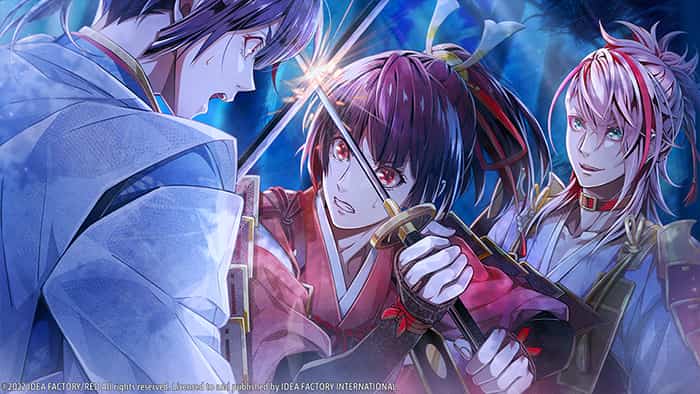 Fully voiced for the most part, the delivery of the game felt like watching a movie and the localization was relatively well done. Shanao doesn’t have a voice actor, and I wish she did. However, all the men were voiced and let’s just say they chose the voice actors well. I can see apps being developed with the male leads talking to you in bed (yes, those exist. No, don’t ask me how I know this).

Lots of Love to Go Around

There are five main men in Shanao’s love story – the enemy to lover Noritsune, the childhood friend Shungen, the teddy bear Benkei, the aniue Yorotomi, and the hot but creepy Tomomori. The order of males listed is the order that players are recommended to play for the optimal experience. Fortunately, if you fail to seduce Noritsune first, you can still piece Shanao’s story together. Fret not if you fall in love with a side character – there’s a chance you can romance him in an “IF” scenario. As a bonus, there are four additional side stories featuring other males mentioned! Some men also have better stories than others, and the guy I didn’t find attractive ended up being my favorite plot line. So moral of the story: make sure you date all five male leads, and then try dating the other four afterwards! 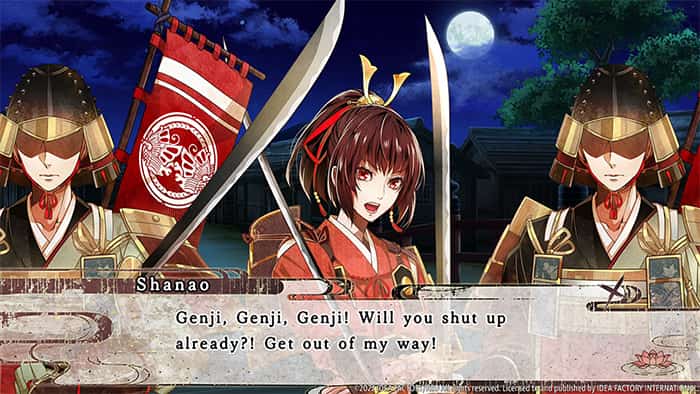 The common route is very short so what you choose to say really matters early on. You will notice the choices you make will open different colored flowers. Each color corresponds to a male lead, and a handy chart grants visibility to the progress you’re making with the characters. Some of your answers will also affect Shanao’s personal traits, which in turn can affect the route’s outcome. There are happy endings and bad endings, so you could kill someone or cause your own death if you’re not careful. We are in a war, after all.

Birushana unpacks a lot of information for us as we delve into each male lead’s route. There is a tendency for the characters to ramble on, but it isn’t so bad if you’re really into learning about the story. Each character brings a different perspective to the war and allows players to uncover more information. If you’re really impatient, you can fast-forward the text and read the dialogue later. There is also a skip button that allows players to move to the end of the chapter, the next unread section, or to where Shanao has to make a choice. The ability to skip ahead is very handy if you’re trying to change Shanao’s choices or find all the endings possible. Birushana’s user-friendly interface can be overwhelming at first, but every selection has a purpose. Once you get the hang of the controls, you’ll find the flow is well thought out. 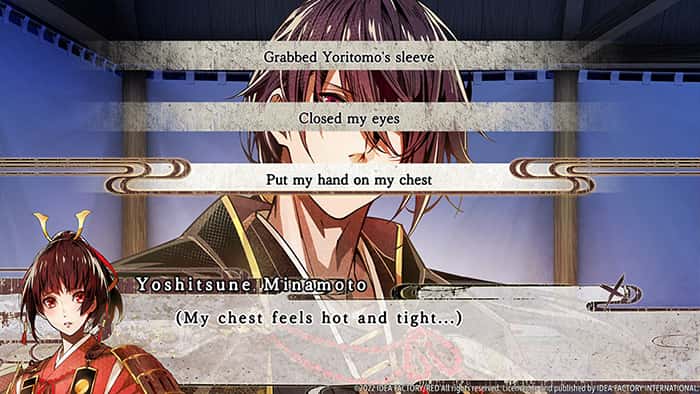 With such a large story and crisp visuals, unfortunately, this means performance can be laggy. For instance, during fight scenes where flashes of light indicate swords clashing, the dialogue takes its time to reveal itself. The game also reacts slowly if you’re fast-forwarding through a section and decide to stop from skipping too much. These are not deal breakers and the game hasn’t crashed on me, but the minor annoyances are something to be aware of.

On the surface, Birushana is your typical otome game and in most aspects, it is. However, it is refreshing to have a character who isn’t desperate for love and attention. Even though some routes will put her in a damsel-in-distress position, there are others that showcase her resolve. The conversations are often on the longer side and the men surrounding Shanao are all simps…the ideal type for an otome game. Though the game isn’t perfect, there is so much content to unpack that you’ll likely end up taking days to play. A word of advice – don’t be afraid to romance the man you’re not interested in. Some routes will really surprise you! 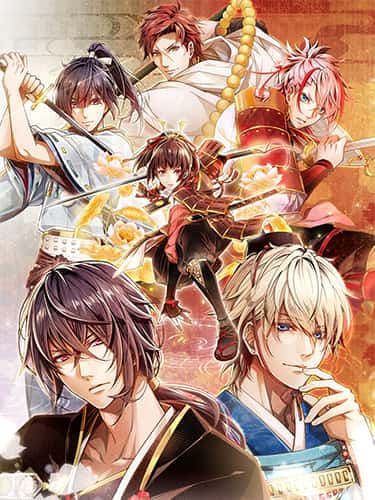