Bear with Me Review – Tough to Bear with This One

Bear with Me Review

Bear With Me will break your heart if you allow it to. It’s a neo-noir tale about a 10-year-old girl named Amber, and her favorite stuffed animal, Ted E. Bear. Amber’s brother, Flint, is missing, and it’s your job to dig deep into Paper City’s underworld and find out just what the hell is going on.

You’ll initially be dropped into Amber’s bedroom, taking control of her as she begins to navigate her apartment building. The story is told through a series of Max Payne-esque comic panels with Ted’s completely stock “gruff detective voice” narrating. If you’ve seen this once, you’ve seen it a million times, and while done very well Bear With Me doesn’t really attempt to inject originality into the style.

After finding Ted, the two of you set off through a series of puzzles and conversations with various NPCs that are there to guide you through your journey. While there is a specific narrative choice early on that I found interesting (without giving spoilers), Bear With Me doesn’t do much to keep you hooked through the first few hours. The opening moments of any game need to hook the player, but unfortunately for Bear With Me, the story doesn’t get going until around the midway point.

It’s the introduction of the mob boss “King” that sets the story in motion. At this point, loose ends and unanswered questions begin to get answered, and a lot of what’s here is great storytelling. Up until you find him, everything essentially feels inconsequential. The entirety of the first episode sadly plays out more like a prologue to what’s about to happen. This is due in large part to the pages of meaningless dialogue that they filled the conversations with. So much of what’s written is either a joke or minor filler information, with absolutely no bearing on the story whatsoever. It’s as if they tried to cram a fifteen-hour script into a six or seven-hour game.

That’s not to say the humor is bad. Quite the opposite. I found myself genuinely laughing at a lot of the writing. Jokes such as a brilliant homage to Horatio from CSI, and “Your mother washes socks in hell!” had me smiling from ear to ear. It helps too that there is a ton of funny dialogue tied to non-quest items. Things that are lying around a room, but have no bearing on advancing the plot. I highly recommend interacting with as much as possible to hear all of the pop culture references and sly, witty comedy. To go with the jokes is an atmospheric score of slow-paced jazz seemingly pulled directly from a 1940s cabaret club that helps to set the mood, and time we’re in. 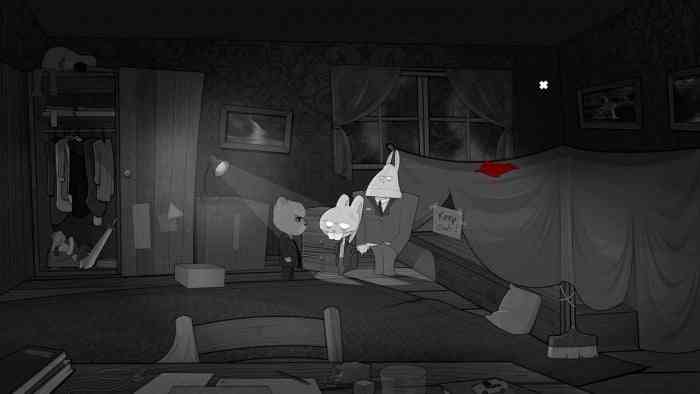 No doubt a lot of care and attention went into banter, but unfortunately, the delivery of these lines isn’t always up to par. Some characters (King, specifically) are played perfectly. Their conversation flows as if they were real people, with real stakes. But then some characters sound as if their lines are being delivered from someone reading directly off of a page. It’s jarring, and it takes you out of the moment. Far too often, especially in the first chapter, I found myself distracted by the performances, rather than engrossed by them. It’s the sort of thing that makes the first half of the game a complete slog, especially when coupled with the turtle-paced movement speed and a not-so-intuitive inventory system.

If you’re not talking to an NPC or trying to figure out which item goes where, you’ll be moving around from area to area and doing so is frustratingly slow. Like any point-and-click game, once you select where Amber and Ted should move to, they’ll start to walk. This process is often agonizing, as Exordium Games has made Amber and Ted two of the slowest moving characters I’ve ever seen in a game. If you didn’t know any better, with the pace they move at, you would think something is wrong with them.

This is made even worse by the fact that Amber and Ted don’t move at the same speed. You’ll often find Amber reach the destination first, and then you have to wait for Ted to catch up. On top of this, inventory management and navigation are needlessly difficult. I’d often find that items needing to be combined wouldn’t do so until the fourth or fifth time I attempted it. The cursor sensitivity is also turned way up (while being too low outside of the inventory), making even just selecting an item at times more difficult than it should be.

If you like this sort of game, there’s a lot of fun to be had here. It can be rough getting through those first three or four hours, but if you do you’ll be rewarded with a story that completely delivers on the lesson it’s trying to teach. It effectively made me wonder about what I’d experienced, and the similarities that I believe many of us will share with Amber. There’s also an alternate ending, encouraging some replayability. This one hit me hard, it was just rough getting there. 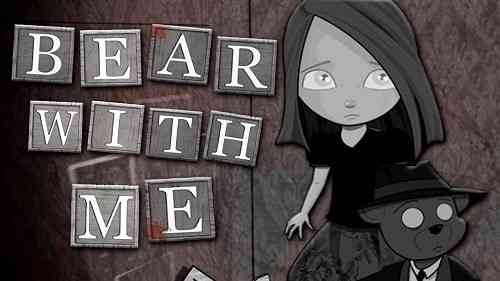