There’s something about magical girls and dark psychological themes that I just can’t get enough of. As an avid fan of Madoka Magica and Magical Girl Raising Project, I was absolutely thrilled after seeing FURYU Corps trailer for the western release of Crystar. With a dark emotional story, a rocking opening theme and a beautiful art style, I thought that this would be a title that I needed in my library. Now that I have it, does Crystar live up to my expectations?

Crystar follows the story of Rei Hatada and her journey through grief. After awakening in a dream-like world as a butterfly, she wanders the map as she’s followed by another butterfly. She soon finds out that the other butterfly was her sister and after materializing the two question how they got to this place. You see, Rei is a shut-in that doesn’t leave her room very often. As the two travel to find their way out of this world, they encounter their first monster battle that separates the two. Here Rei finds that she’s able to tap into a source of power given to her by a guardian. Unfortunately, tragedy strikes as she’s unable to control her power and kills Mirai by mistake. After seeing her fallen tears, the demons Mephes and Phelles appears and promises to help Rei revive Mirai in exchange for gathering Idea. it’s a race against time to save Mirai before she reaches the bottom of Limbo and is lost forever.

Crystar acts as a fast-paced action RPG with the standard light and heavy blows, dash and jump functions. In the beginning monster fights will keep you on your toes but unfortunately, that’s about the extent of the combat. Because of this, I didn’t really feel as though I was being challenged. Enemies can be staggered with any kind of attack and most have an unusually long attack start-up window in which you can quickly go in and mash away before an enemy can get a single hit in. 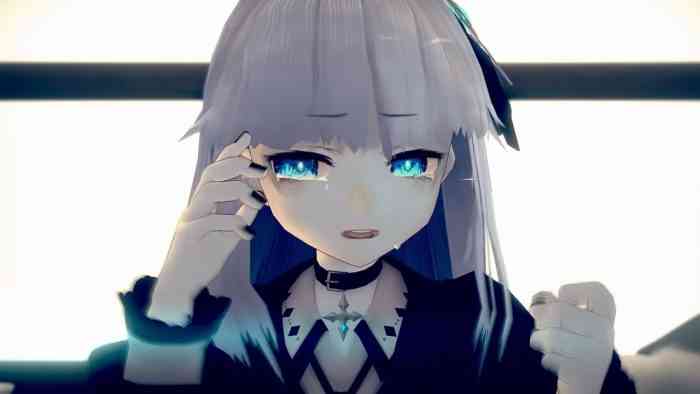 Sometimes You Just Need To Cry

To add a bit of strategy to the gameplay, there’s a new unique and interesting crying mechanic. By finding a safe area to cry, you can use your SP to quickly increase your tear gauge. Once the tear gauge is filled, Mirai and the other playable characters can then summon your guardians for devastating attacks.

Despite needing to save Mirai as quickly as possible, our heroes of course still deserve a break. Between each dungeon, you can find yourself back in Rei’s room to do various things that will help you learn more about Mirai and her background as well as to level up stats and weapons for the next fight. With the weight of exterminating enemies who were once human, Rei is without a doubt bogged down with the last words said by some of the enemies she’s defeated. By performing Katharsis, Rei is able to cry out these words which in turn becomes thought fragments. These fragments can be used to give her stat boosts in battles. With the Metonia and Harmonia functions, you can combine thoughts and unlock abilities to allow Rei to become even stronger.

In Rei’s room, you can also find the memoirs of the dead from the enemies you’ve defeated and a diary of the story so far told from Rei’s point of view. The memoirs of the dead are 3 part stories that can be collected from the monsters with last words. Each story has terribly relatable themes of abandonment, work stress and more which really adds to the depth of the game and I found myself more interested in collecting these than anything else, though it wasn’t very hard to do. You can also change Rei’s outfit, listen to music tracks and pet your adorable big dog, Thelma. 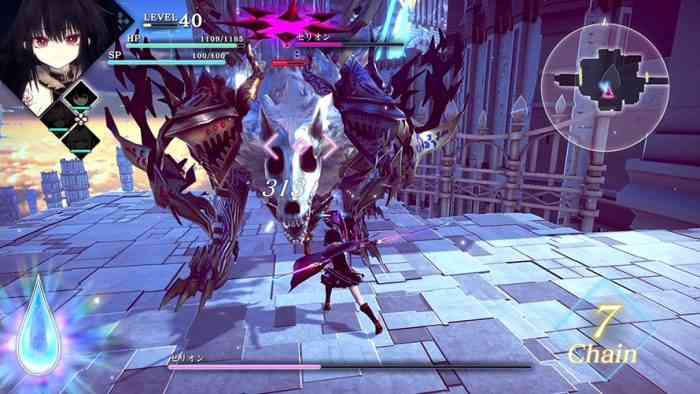 While the gameplay is somewhat underwhelming, there is a bit of fresh air when you obtain the other playable characters as each has their own play style and weapon set. Rei is definitely the most versatile when it comes to combo-ing moves and the game does allow you to continue playing just as Rei, or any particular girl, and you won’t be penalized as every character will still gain experience after fights.

Crystar’s visual style is certainly striking and with masterful uses of lighting, some surfaces will have different reflective properties to give the dungeons a more dreamy or fantasy-like feel. It’s great for the first few dungeons, and while the color schemes and area is visually pleasing, you’ll begin to notice that the corridors and floors are more or less the same just arranged differently. There doesn’t really seem to be much variety and can feel dull after awhile. Not to mention you don’t run into any other characters on the map aside from a merchant. The same goes for the enemies you encounter. When looking at your bestiary it may seem like you’ve come across many types, 99 monsters including boss’, however, a huge majority are simply reskinned with no changes to the attack methods or actions. 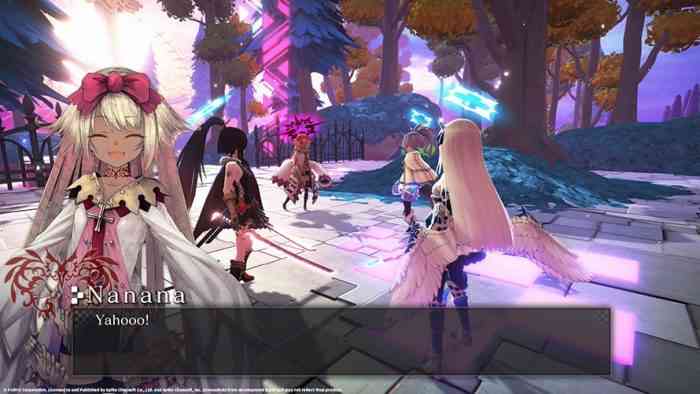 With each tear shed, the story of Rei searching for her little sister all the while defeating enemies and being burdened with their last words is much deeper and darker than I expected. The use of the crying mechanics and turning her tears and sad thoughts into strength is a really unique and interesting idea. That paired with the beautiful art style, character designs and interesting story, we almost have a perfect game. Unfortunately, with the less than stellar combat mechanics, the lack of enemy variety and the lack of differentiating dungeons, it may not entice players who also want fluid gameplay. However for fans who do like narrative-driven and linear games along with dark themes and gorgeous designs, then this is definitely a title that should be added to your library. 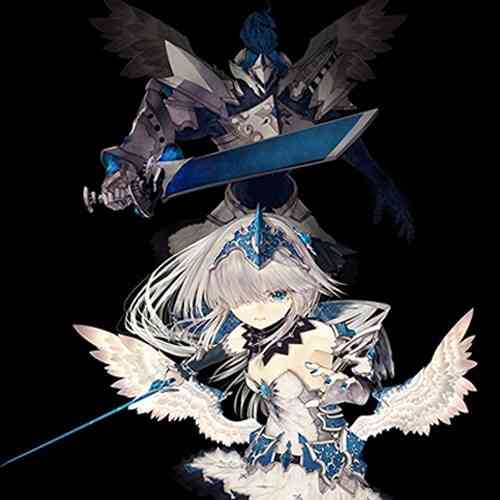 Strangers of Paradise: Final Fantasy Origins Gets a Release Date