Battlefield 1: In the Name of the Tsar Expansion Review – From Russia With Love

Battlefield 1: In The Name of the Tsar Expansion Review

Welcome back to the battlefield, soldier! This time we’ll be stepping into the boots of the Russian army in the biggest front of World War 1. Introducing the latest expansion for Battlefield 1, In the Name of the Tsar. This expansion has a total of six massive maps, a new game mode, and two new operations. If you already have the Premium Pass, you’re all set, skip reading and get out there to the front lines! For the rest of you, let’s give you a breakdown of this expansion – and hopefully, that’ll motivate you to get up and join the fight!

First off, let’s discuss the Operations and the new game mode, Supply Drop. Like previous Operations before it, these two new Operations each take three of the new maps and piece together a story of a lengthy battle. The attackers will try to fight for two control points and the defenders must hold them back. Unfortunately, for attackers, it often feels like repeatedly banging your head against a brick wall. I’ve never been a fan of Operations and there is nothing unique with these two Operations that changed my mind. The new mode “Supply Drop” features a supply drop landing somewhere on the map (usually two drops at the same time) and each side must race to and hold the drop to earn points. In my opinion, it’s awful. The proximity with which you need to be to collect the supply drop leaves you wide open for grenades and mortars creating a frustrating experience.

Fortunately, the Battlefield staple Conquest is enhanced with the addition of six brand new maps. The maps range from okay to outstanding! I’ll start with the worst and work through to the best. First up, and the least enjoyable, is Tsaritsyn, a small, three capture point map with two opposing ravaged towns and a beautiful, large cathedral in the center of the map. The problem with this map, like all small maps, is that the bulk of the battle is centralized on one capture point – in this case, the cathedral. It just gets boring. Next up is Volga River. While I appreciated the fact that it had seven capture points and it was pretty large, I felt it was just bland – as it’s primarily a wasteland at this point. Torn down buildings strewn throughout without any significant landmarks – it’s just dull.

The next two maps are much better and while I enjoyed them they just didn’t reach the quality of the final two maps. The third map is Lupkow Pass. You know that old saying “when I was your age I used to walk 15 miles uphill, both ways, to school” – well, you can consider this map the equivalent to that saying. This map has seven capture points and they’re all on various mountain inclines and valleys. It’s a treat for snipers hiding amongst trees and also for lone wolves looking to sneak up on said snipers. The fourth map is Galicia. Another paradise for snipers, as the massive, wide-open field has little buildings with sniper spots perfect for picking off soldiers running among the different points. This map has five points in a neat triangle shape, with the peak being an old train wreck. 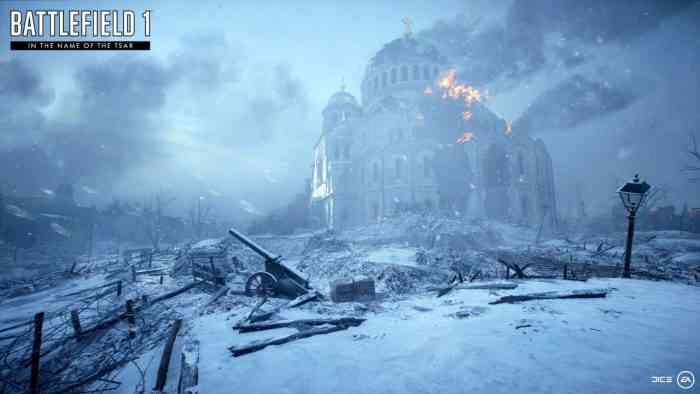 These last two maps are the best from this map pack starting with map number five, the second best of this bunch, Brusilov Keep. This map isn’t overly large, with only four capture points, but the way the map is sectioned off makes it a ton of fun. The center of the map features a bridge overlooking a control point and a shallow river that divides the map. On either side of the river are full-sized houses with many rooms and windows. Upstream is another capture point and then there are additional capture points further left and right of the map center. This brings us to the final map, and what I consider the best map of this expansion, and possibly the entire game, Albion. This map has seven capture points, strewn about a peninsula and some smaller islands. Two capture points include massive artillery batteries that deliver devasting attacks. Fighter planes take to the sky and battle boats take to the water during this epic assault – creating a ton of action all over the place. The islands are home to various houses and the tip of the peninsula features a tall lighthouse. This map is always a joy to play!

Now, before I conclude this review I need to step on my soapbox and say a few things to my fellow Battlefield 1 soldiers. First, use the damn spot button! It’s right there beside your trigger. Just remember, before you shoot, spot. That way, if you miss, the rest of us can deal with it. And it also helps prevent the enemy from sneaking up on us! Second, don’t respawn right away – give medics a chance to revive you. If you die and no medics are around – fine, but if it says medic within ten or so meters, give them a chance. It saves everyone time and helps win the fight! Soapbox moment over. 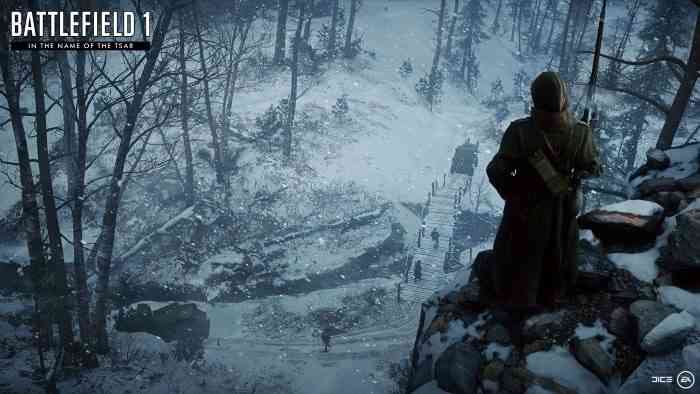 The second Battlefield 1 expansion, In the Name of the Tsar, is definitely a worthy pick-up for Battlefield 1 players. The addition of six maps alone make it worthwhile, but if you’re a fan of Operations, you’ll also appreciate the two additional battles. This expansion also brings another addition worth mentioning; female soldiers. In this context, the women are based on actual Russian soldiers who fought in World War 1; they even had a sweet name: the Russian Women’s Battalion of Death. While their inclusion changes nothing in terms of gameplay, there is nothing wrong with diversifying the battlefield. Also included are some additional firearms and a new stationary artillery weapon. What is not included are any new behemoths. On the new maps that include behemoths, you’ll get the armored train or the dreadnaught. All said I’m very impressed with this expansion pass. Even more exciting, Battlefield 1 still has two more expansions en route with the next one arriving in December 2017! Battlefield 1 keeps continuing to impress, so gear up soldier and hit the front lines! 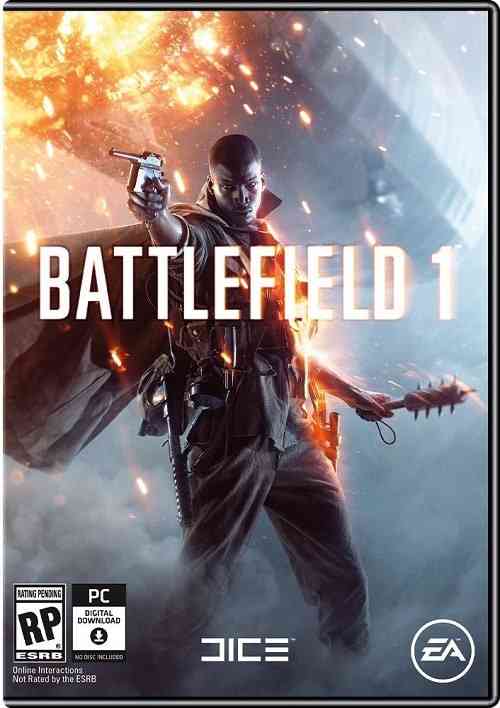 Sony Has Fined a Russian Business For Death Stranding Leaks

Call of Duty: Modern Warfare Will Not Be Sold in Russia Apparently