Assassin’s Creed Origins: The Curse of the Pharaohs DLC Review – Beauty in Death

Assassin’s Creed Origins: The Curse of the Pharaohs DLC Review

Much like Bayek’s journey in The Hidden Ones, the second major DLC for Assassin’s Creed Origins wisely decides to focus on creating a compelling story over attempting to redefine the game. In The Curse of the Pharaohs, Bayek receives a letter from Amunet about a terrible curse that has befallen the land of Thebes. She asks Bayek to investigate on behalf of the bureau under suspicion that it could be another artifact like the one that leads to the horrific events of the base game.

Upon arriving on the docks of Thebes, the curse becomes all too real as Bayek encounters a Pharaoh’s Shadow – a new type of powerful enemy which can appear out of thin air. The story then sees Bayek explore the necropolis in the Valley of Kings in an attempt to track down the theft of a relic called Aten – the sun disk – and believe the curse of the returning pharaohs will end upon its return.  The DLC adds a new land to explore, dozens of areas and side quests, and so much more – it feels like an additional 40% of the base game in size, scope, and content.

“the afterlife in all its forms are haunting and beautiful and well worth pausing to just take it all in.”

Bayek can now reach level 55, and if you chose to jump right into the DLC without playing the Hidden Ones, the game lets you auto-level up to 45 so you can start right away. Some of the great features of the Hidden Ones remain like heavy experience pay-outs, all new gear and weapons, and new level caps to your various upgrades. What stands out the most is the new abilities to unlock: Bayek will now gain a few more skills through the ability tree such as instantly poisoning an enemy killed with a predator bow, increased power with perfectly timed dodges, and one that ties in particularly well to the key focus of Curse of the Pharaoh: arrows and tools refill while you are in the Afterlife. 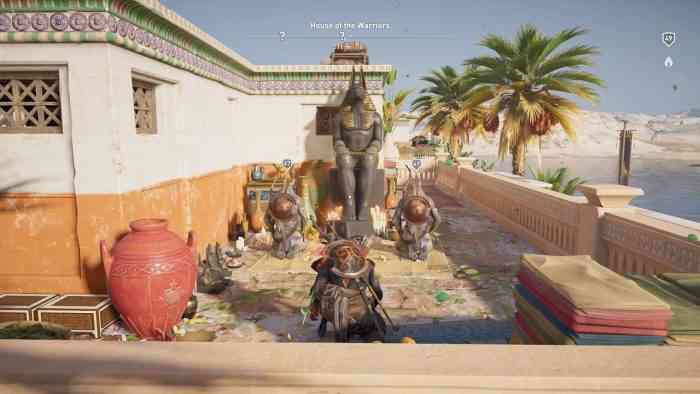 Yes, Bayek will travel to the tombs of some of history’s most iconic and notorious Pharoahs and will find portals to the afterlife within. The game itself clearly has fantasy elements ranging from the altered and paralleled stories of history all the way to the acknowledgment of the Precursors. However, this new fantastic layer is a standout and brilliant addition to the game. Each realm in the afterlife is unique in design and appearance, posing their own challenges as Bayek attempts to lay the Pharaohs to rest and ease their agitated spirits.

Admittedly the main story feels like a whole lot of fetch quests and interrogating the same people who conveniently left out the necessary information, which can get repetitive, but what makes Curse of the Pharaoh stand out is its fantasy elements. Giant scorpions and warriors of Anubis will pursue you, the afterlife in all its forms are haunting and beautiful and well worth pausing to just take it all in. You can also see the heavy development of Bayek as a person compared to when his journey first began; his stoic and almost short tempered nature from all he has seen is a cumbersome burden, one that – if he were pushed a little farther – I might dare compare to a certain raging Greek warrior who also took on the gods.

“when the targeting system is unreliable it’s possible to lose a lengthy battle through no fault of your own.”

If you felt legendary gear was hard to find in the main game, this will not be a problem in the DLC. Legendary gear not only drops from completing quests but even defeating minor encampments have them turn up as rewards. Each of the new legendary items have valuable and incredible abilities added to them which I found quickly made me change out my arsenal upon arriving in the cursed city. Despite the great work on the DLC it does feel buggy in combat, particularly against the frequently appearing Pharaoh’s Shadows. These undead horrors will appear and attack anything with a pulse. However, even during combat they would regularly disengage with me to attack civilians. Or, on a worse note, the lock on will randomly engage and disengage during combat with a variety of the DLC’s new enemies such as the scorpions and Anubis warriors. Much like the Phylakes of the base game and the Scarabs of the Hidden Ones, Curse of the Pharaoh features maxed out and terrifyingly powerful Anubis Warriors that not only patrol the map, they seem to be constantly in slow pursuit of you, so you can’t remain in any one place for too long. 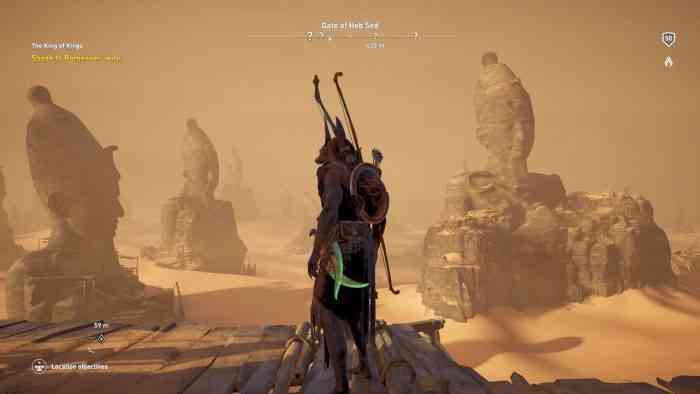 Fighting these warriors can be brutally intense, able to fell you with a few hits, so when the targeting system is unreliable it’s possible to lose a lengthy battle through no fault of your own. I’m happy to say it isn’t a constant problem, but it’s a notable one that sits at the back of my mind during important battles.

Curse of the Pharaohs is a marvelous DLC that builds upon what makes Assassin’s Creed Origins great and takes it one step further into the realm of the fantastic. With new gear, weapons, upgrades, and abilities to unlock, Bayek has his work cut out for him taking on the animated dead. The story is unique and interesting, but the characters you encounter feel flat, and having to return to them to ask for information they withheld feels like an excuse to drag out the gameplay. With gorgeous landscapes and new enemies to encounter, the only real flaws are the occasionally buggy targeting and lackluster supporting characters. Bayek takes center stage as a hardened badass and watching his transformation has been a joy to experience. 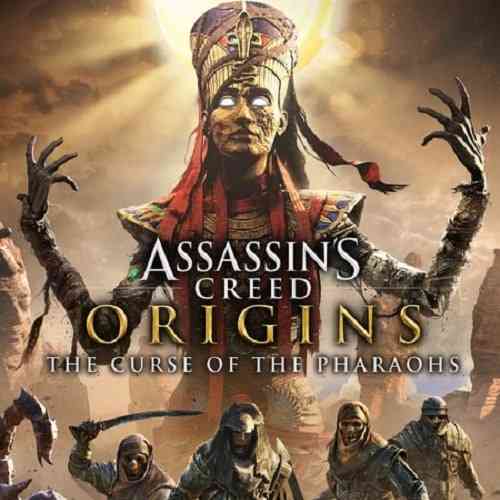 Avatar: Frontiers of Pandora Delayed to March 2023
Next Ni No Kuni II: Revenant Kingdom Review – A Majestic Return for the Franchise
Previous Steredenn: Binary Stars Review – Not Many Faults in These Stars