Steredenn: Binary Stars Review – Not Many Faults in These Stars

When the original Steredenn was released in 2015, it was hailed as a masterfully frenetic and engaging shoot’em up with rogue-like elements. It had procedurally generated levels full of challenging and varied enemies, a plethora of different weapons to mix and match, and stylish pixel-art graphics. After three years of praise and cross-platform distribution, developer Pixelnest has returned with an expanded version of their hit debut game, giving it a new home on the Nintendo Switch.

If you’ve been sleeping on the original Steredenn these last few years, it may take you by surprise. At first glance, this game could seem like a generic shmup with a neat-looking package, but it only takes a couple quick attempts at the main campaign before it begins to show off its layers of complexity. The game gives you the slightest narrative motivations – space pirates destroy your United Federations cruiser, and it’s your job to chase after them – before shooting you off on your quest. Each level has you firing your blasters at your increasingly challenging foes while frantically evading their lasers and rockets, as well as any number of environmental hazards, culminating in occasionally frustrating but consistently rewarding boss fights.

“There’s a special methodology to Steredenn that makes the madness of its gameplay incredibly addicting.”

Along the way, your enemies will drop weapons for you to pick up, and this is where Steredenn really shines. There are a handful of weapon categories – like bullet weapons, heavy guns, and laser weapons – containing over 40 different guns to place in your primary and secondary weapon slots. Discovering new weapons and trying out different combinations is an immensely enjoyable experience. At the end of each level, the game lets you choose one upgrade from a randomly-generated handful, and this can often greatly rewards you for sticking to certain weapon combinations.

There’s a special methodology to Steredenn that makes the madness of its gameplay incredibly addicting. Where most rogue-likes use a system of procedurally generated randomness to populate their levels, Binary Stars takes a few steps back, pushing orchestrated waves of enemies at you but combining those waves together at random, including multiple versions of each boss encounter. This means each playthrough will feel similar enough to the last to provide a sense of progression without ever actually repeating the exact same encounters. That is an especially inspired trick and a large part of what makes this game so damn replayable.

The game is also stunning to look at, whenever you have a second to do so. Binary Stars does a great job of showing off just how good a pixelated art style can look. The backgrounds are delightful, delivering vibrant colours and a suggestive level of detail to each new nebula or planetary system. Each enemy model is distinctive and recognizable, and the game is littered with nuanced animations and small touches that prove Pixelnest didn’t skimp on visual design. It’s too bad the same can’t be said for the game’s score, a generic and forgettable series of rock ballads that are mostly just annoying but, in some cases, can obfuscate crucial sound effects that give away enemy behaviours.

It’s a good thing the core game is so strong in Steredenn, because the additions made in Binary Stars are hit-and-miss. Porting the game over to the Switch was a great decision, as the portability of the console fits perfectly with the games pacing — you could easily get a handful of runs in on a bus ride or lunch break. Pixelnest also expanded the game’s arsenal, which is now up to 42 weapons and 30 upgrades, as well as four new unlockable ships, each with their own strengths and weaknesses. 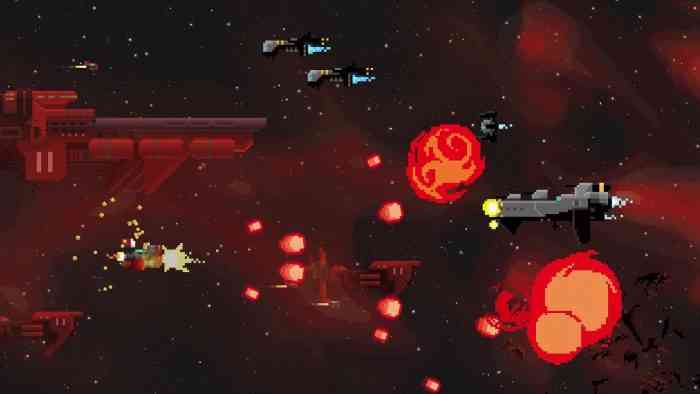 The other additions, which come in the form of three new playable modes, aren’t nearly as compelling. There are two new single-player modes: Boss Rush, which offers a new level and boss fight each week, and Daily Run, which loads a new pre-determined run for players every day. The incentive for each is to climb a mode-specific leaderboard, but at the time of this review, the servers aren’t operational yet. Without them, neither mode is different enough to choose them over the regular campaign. There’s also a new two-player co-op mode, but it’s a heavily condensed affair, given that you’re forced to share one life bar. While none of these additional modes are bad, none of them quite stand out.

If you’re a fan of shoot’em ups, there’s very little reason not to buy Steredenn: Binary Stars. It’s a beautiful, well-crafted, and addicting 2D shooter that offers so many possible ship, weapon and upgrade combinations that you could have hours of fun just endeavoring to discover them all. Whether you own the original and want a portable copy, or you’ve never heard of it before, this is one game that definitely deserves a place in your Switch library. 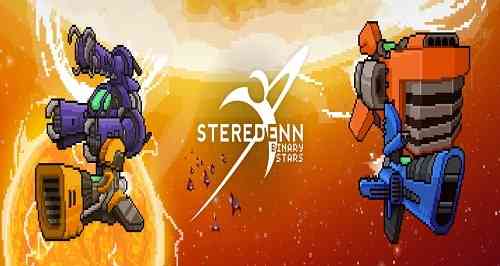 Twelve Minutes Finally Receives a Release Date at E3 2021
Next Assassin’s Creed Origins: The Curse of the Pharaohs DLC Review – Beauty in Death
Previous Distortions Review – Slightly Out of Tune