Distortions Review – Slightly Out of Tune

Distortions has aspirations to be many things all at once. This game reaches for beautiful, poignant, powerful and terrifying. Alas, all of these qualities are here, simply not as the developers intended. Distortions is a perfect example of something that should work, yet does not. Not the way it hopes to.

This is the story of one woman’s quest to escape a hellish prison of her own design. Trapped by grief and shattered memories, she must use music to recover what she’s lost, if only to move on from an untouchable tragedy. Her tools are an incomplete journal and a violin. Every song she finds gifts her with a new set of powers. The judicious use of these abilities let her reunite with what appears at first glance to be a beast. Yet this landscape, a haphazard tumble of withheld information and constructed symbolism, is clearly home to something more subtle than some monster. Every successive journal entry you uncover reveals a little more of your story. Although these narrative chunks are broken up by a lot of rudderless gameplay, they still manage to tell something of a compelling story.

“Somehow this game is both beautiful and horrifying.”

Somehow this game is both beautiful and horrifying. The bruised skies, floating debris and cobbled pathways are sublime. They make me feel like I walked into a painting. Your avatar is another story, however. Her face is almost entirely devoid of expression. None of the wonder, loneliness and horror that fill this world find their way to her face. She also moves like a puppet with two of its strings cut. You can navigate most areas without any trouble, but turning while running causes your head to lag behind your legs. Most dreamlike, ambient puzzle games lock you to the first-person perspective. After playing this game I understand why.

Sound and music are critical components here. On these two fronts, the game functions admirably. The soundtrack is an eclectic blend of guitar, violin and ambient noise, with none of the elements overwhelming the others. Instead, the separate facets complement each other, giving rise to a somber dreamscape that sucks you in and leaves  you rife with melancholy. On top of that, there are subtle changes in the music that act as exploratory cues. Certain elements will swell up or fade in order to guide you where you need to go. When you take enough damage, the music is overtaken by static and discordant noise. It’s a small touch that lends extra weight to what are already tense scenes. 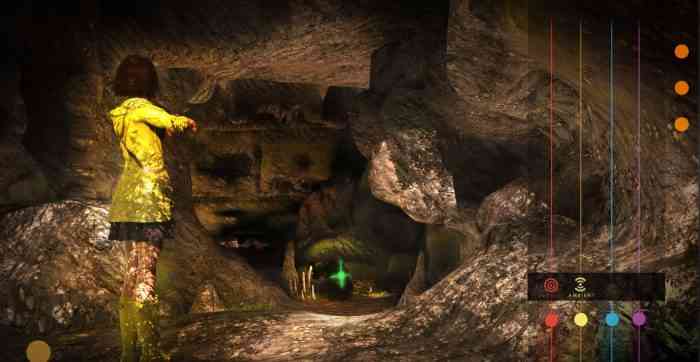 Although I easily fall in love with Distortion’s aesthetic presentation, the luster wears off whenever I get lost or stuck. This happened a lot throughout my time playing the game. If those audio cues failed me or I was momentarily distracted, a small area could turn into a maze. In addition, as the danger level rose, certain sequences gave rise to intense frustration. The slightly off-kilter controls turn into a millstone around your neck when you’re trying to escape hordes of shadowy beasts. You’re not fast enough to outrun them, meaning you need to solve the puzzle presented by the room. If you walk into one of these deadly rooms with less than full health, they go from difficult to punishing. I lost so much time trying to power my way through a particular area simply because my health was already so diminished. You’ll always eventually prevail, but repeatedly throwing yourself against a given puzzle can really kill the momentum the game is trying to build up.

One of the only ways you’re able to interact with the world around you is through music. The songs you play on your violin can cloak you in silence, push aside obstacles and summon light. Playing these songs is easy enough to learn, and there’s normally no penalty for failure. As long as you aren’t being actively chased by some monster, you can just try again until you get it right. Watching her pull out the violin is a little unsettling, but I got used to it quickly enough. The one major downside I encountered was accuracy. Sometimes a song’s effects simply wouldn’t land where you needed them to. If you’re required to aim with the camera, there’s no way to know whether you got it right aside from trial and error. If you’re in a small area with a lot of enemies, this can be very costly.

“I’m entranced by the world on display, but I dread having to navigate it.”

I don’t know where I stand with this game. The atmosphere, the music and the premise are all bristling with promise. The world you wander through is heartbreaking and surreal. The music follows you out of the game, snapping you awake at night, wondering where that guitar riff is coming from. But the mechanics under the hood are deeply flawed. Beyond the startling rigidity of your avatar and the janky controls, the game feel is all off. My computer, a perfectly respectable beast, had a hard time with this game. I’ve made my piece with that. I’m less okay with the long loading times, the sloppy animation and the hit-or-miss power implementation. Distortions is a bit of a hot mess. I’m entranced by the world on display, but I dread having to navigate it. With patience, this place could be wonderful to explore. Tread cautiously, however. Distortions will pull you in deep before punishing you repeatedly. All is not always what it seems. 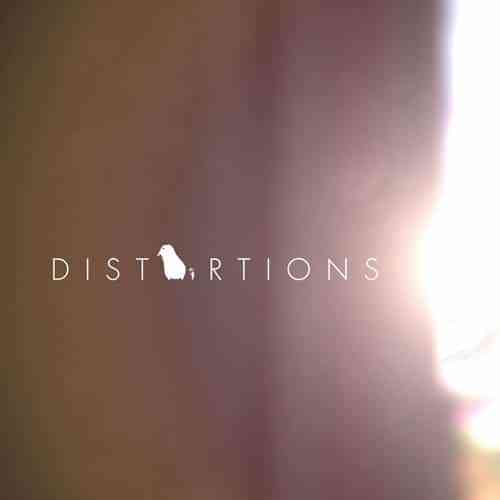