Developed by Blue Byte, Anno 1800 is the seventh entry into the Anno series and returns to a simpler time in history at the beginning of the industrial age. You’ve probably played many real-time strategy city builders in the past, but Anno 1800 sets itself apart from the pack with mechanical tweaks that give it a fresh new face and a logical series of developments and expanding tech trees to help build your empire.

In the campaign you play the long removed son of a massive trading company who has spent his time on an island and at sea playing at being a poor fisherman, only to receive word that your father is to be put to death. Returning home, the family fortune and indeed the trading company have been taken from you and your sister by your ruthless uncle, forcing you to leave for fear of persecution. Bringing those loyal with you and spending a large portion of your fortune, your sister has purchased a nearby island to set up shop and start building a new company to rival that of your uncle.

A Little Help From My Friends

The last real time city builder I played was Frostpunk, and the sting of everything constantly going wrong still lingered in my heart until I realized this was going to be a much less treacherous endeavor. Anno 1800 does a nice job of explaining the simple mechanics of clearing away old buildings for resources, setting up lumber mills and wool farms and the like. As you build housing, more workers will flock to the island to do more jobs automatically so you don’t need to micromanage how many workers go where although you can pause production to make them move to another task. While the campaign does do a nice job of guiding you through its initial tasks and building mechanics, there were a number of times I was left to my own devices to figure things out, which unfortunately took far too long and wasted precious time unnecessarily. I had a quest to produce and trade schnapps. I built a potato farm, I laid out the crop, made a distillery, the whole nine yards. Indeed it was being produced, but the people were drinking it and so not making enough for me to trade, and my potato farm constantly said I didn’t have enough potatoes despite being maxed out on farm plots. I did figure it out, but the game didn’t help me to understand the problem. 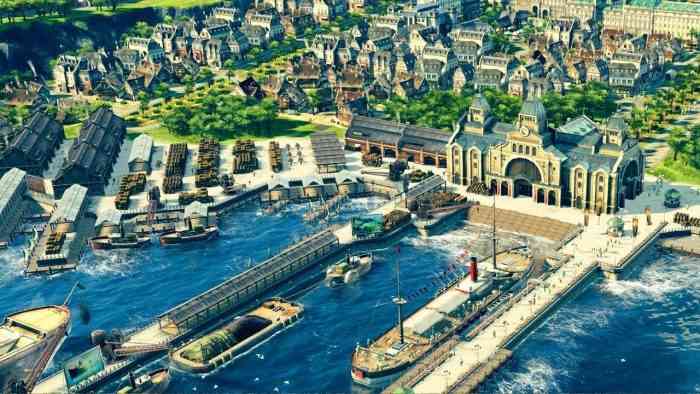 You’ll also eventually have to manage your jobs and populace based on a class system, with farmers, workers, and more all having specific jobs to do. This translates to a unique balancing system where if you need more workers to fill the jobs you need to attract them to your city, and so on. These changes come at a nice pace and thankfully there isn’t any incredibly detrimental timed events going on in the game to make you panic except for the dreaded cost of upkeep. You’ll start Anno with quite a lot of money, however every building you make will have an upkeep cost, so expanding too quickly will let you watch as that six digit number is dwindling down by the second.

Of course trading is the name of the game, and you’ll start with a handful of quests to complete until you can earn your trading licence and start setting trade routes. This really is the only push in the early game as you’ll need to open trade routes if you have any hope of surviving. As you expand you will of course need to deal with the problems that societal advancement brings with it: pollution, fire hazards, and general supply and demand need to be monitored to avoid any serious mishaps. Keeping the population happy is key and selecting homes will let you know the needs of the people; is there enough booze? Entertainment? Shops to spend their hard earned coin? It’s a very simple system to keep the people happy. 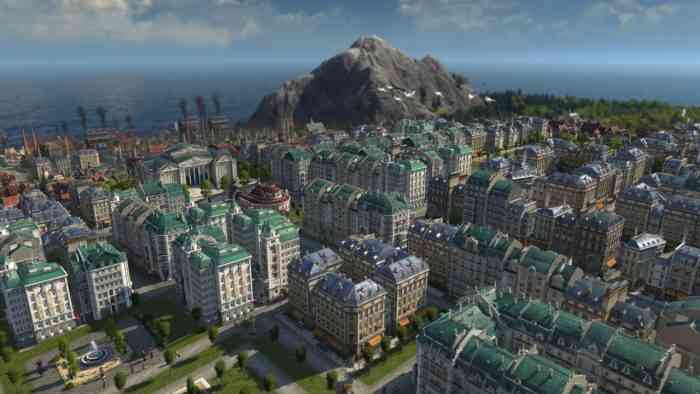 While the campaign prepares you for the basics of Anno 1800, much of the key mechanics and features like trade routes or production are left for you to figure out from previous experience. It isn’t particularly newcomer friendly so if Anno 1800 is where you want to start your city-building experience you might want to try something else first, or just be very patient. This isn’t the kind of game you should expect to get right on the first try so if you feel you messed something up it’s okay to start over until you get it down. It will all eventually become second nature but trial and error will be a big part of the learning curve.

Anno 1800 is a beautiful game. The water is gorgeous, the landscape is fresh and lush, and the animations are simple but delightful. The narrative of the campaign is unique and a story worth following, and the various tech-trees that unlock as your population grows are straightforward and logical. The use of a class system is what sets this apart from most city building games but the general lack of advanced mechanic tutorials leaves players at a disadvantage if they haven’t played economic city builders before. Anno 1800 takes time to learn, but it’s time well spent. 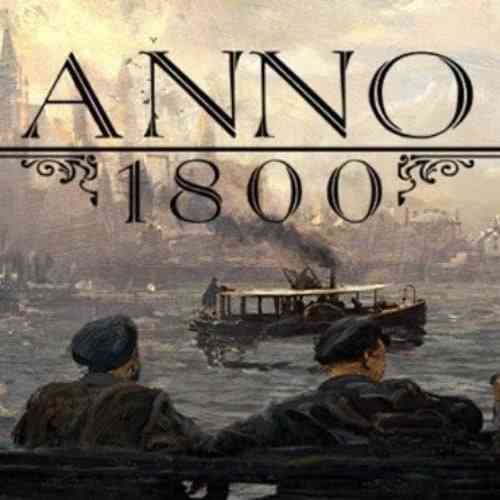