Even after two decades and a ton of inadequate clones, there’s still nothing quite like Animal Crossing. When sitting down to talk about these games, the only accurate points of comparison are laid-back simulations and other AC titles. More than any other genre, drawing lines between these titles and the rest of video games is a pointless endeavor. To that end, how does Animal Crossing: New Horizons stack up when stood beside its predecessors? Well, although I’m the last person you should be asking, it might be the best of the whole series.

Let’s qualify some of that last statement. I’m not an Animal Crossing guy by any means. Never before has this game series successfully gotten its hooks in me. However, and this is very important, it has absolutely done so now. Where I was previously left wanting, New Horizons is now keeping me up at night. The gigantic tangle of interlocking systems is hopelessly compelling. I’ll admit, I was put off at first. The gameplay loop felt stretched out and prone to dragging its heels. The first hour or two? I was actually a little bored. This was remedied as soon as I realized two things. The first is that the game guides you gently towards success, so long as you don’t ignore the cues. The second thing I learned was that your resources are dang near infinite.

Rise And Grind, My Friends

Backing up a bit: you’re not just handed the keys to an assembly line spitting out bells. Instead, you’re tasked with revitalizing the island you’ve landed on. Said island (hereafter referred to as Doooville) needs amenities, accommodations, and residents. In light of these lofty goals, you’re slowly gifted with the power to craft, harvest, and construct your tiny village from the ground up. And it is here, buried between Tom Nook’s weird smart phones and the island’s sleepy airport, that I found the proverbial golden goose. I won’t go into the nitties or the gritties on this front. Suffice to say that even a hack and a fraud such as myself was able to get the ball rolling to belltown in short order. So, without getting bogged down, what can you do in New Horizons? 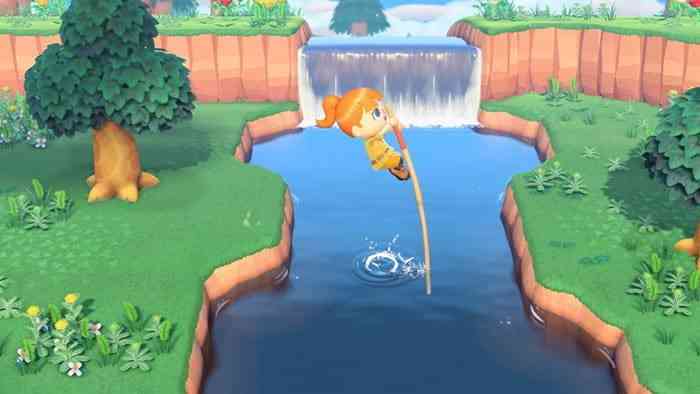 If you want to go into this game and craft your own Doooville with no prior knowledge, this is your last chance to escape before I dig into some real deep-dish mechanics. Okay? Okay. There’s a crazy crafting system now, along with tool degradation. Yes, this means you’ll be making a long chain of stone axes for the rest of time. Brace yourself for this. The upside is you can make SO MANY THINGS. Beds, tables, birdbaths, clocks, toys, mirrors, stools, fire pits, fishing rods, wardrobes, and dressers to name a few. You can paint the bare wooden stuff if it doesn’t look right. There’s a huge selection of stuff to shop for, too. Radios, wallpaper, flooring, stand mixers, the whole nine yards. If you check the stores on a regular basis, you can deck out your pad in whatever strikes your fancy. But how do you afford these fancy things?

Why, with that daily sales grind of course! Fish, bugs, fruit, flowers, and raw building materials are all yours for the plucking. If you harvest in a sustainable fashion, this gravy train never has to end! I started with a fierce gleam in my eyes, determined to go from tent to house in record time. It took maybe two hours? I really wanted to start picking wallpapers, you see. How did I manage this so fast? Well, Tom Nook is very nice. In fact, after hearing all these stories of him as a relentless landlord, I was shocked to discover just how cool and accommodating he is.

Not only does Nook hand out interest-free loans like Halloween candy, but he rewards you for just, doing regular chores! Like your real life gas station and grocery store, you can earn Nook Miles for  doing things you’d be doing anyway. Taking photos? Catching fish? Chopping wood? Express tickets to Nook Miles! The aforementioned secondary currency is an essential addition, one you can trade for clothes, plane tickets, and new DIY recipes. But what would you need plane tickets for, you ask? Well, how else will you recruit new villagers?

Doooville was looking pretty barren, so I set out on a puddle jumper to find new friends. They don’t take much convincing, and soon enough you’ll have a whole stable of adorable neighbors. They want houses to live in, though. And furniture, as if they can’t just sleep on the floor, for some reason. I was utterly gung-ho about expanding my town, until I realized the uhhhhh, work involved. I’ve since pumped the brakes, but I haven’t stopped, no sir. Doooville can always get bigger and better, you know? If any other game made me labor so, I would be furious. But in Animal Crossing, the work is the fun part. Finding a plot of land, gathering materials, and choosing the furniture placement is both soothing and satisfying.

Trees Where You Please

Now to be fair, my experience hasn’t been perfect. The background music is so sparse it’s parsley, kept in one corner of a massive plate. On top of that, the game did take a few hours before it got fun. For some people, this is a real deal-breaker. In fact, if you’ve got no prior knowledge of Animal Crossing as a franchise, you might even miss out on this one. The developers are more or less relying on the ubiquitous nature of these games to smooth over any bumps in the opening act. Thankfully, I knew enough to persevere.

Like I said at the very start, it’s near impossible to stack this game against anything but itself. Other companies have tried to bite this style before, but no one’s really succeeded. To that end, how good of an Animal Crossing game is New Horizons? You build it all, from the houses to the essential infrastructure. You recruit the residents, build the stores, and stock the museum. You decide the look of your own home, right down to the wallpaper. You can fish, dig, harvest, and haul your way to independent wealth. You can do it all, in other words. I always knew Animal Crossing games as something you played for like, 30 minutes a day at most. Grab some fruit, chat to your neighbors, call it a day. This game will take over your whole dang life, but in a really fun way. If you’ve ever had even a whiff of interest in this franchise, Animal Crossing: New Horizons will be an absolute slam dunk. Don’t sleep on this one for a second. 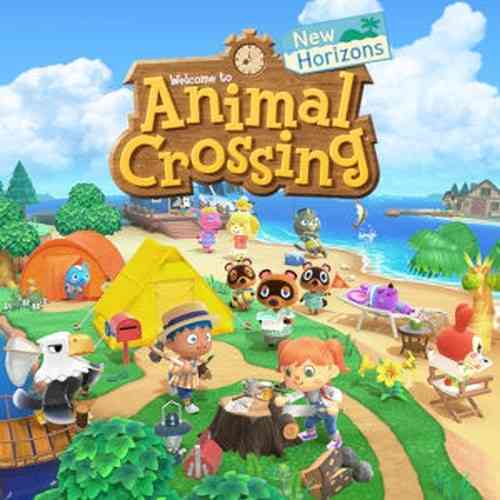