Anima: Gate of Memories Review – Comfortably Familiar with a Twist

The scene is comfortably familiar: Orphaned and outcast, with great power and an oddball sidekick, destined to work together to overcome an apocalyptic event. It’s pretty hard to imagine this premise being fresh, but with some subtle – yet substantial – changes, Anima: Gate of Memories hits all the right notes. The game takes place in a realm of both the physical world and another dimension blended together called Arcane, a place prophesized to host the end of the world when powerful creatures, the Messengers, gather.

Developed by Anima Project, Anima: Gate of Memories sets you in the shoes of Bearer, an unnamed orphaned girl with unnatural powers. Taken in and raised by Nathaniel (an ancient order linked to the Church of Abel) she is taught to control her abilities, though she has only just begun to understand what she is capable of. Bearer controls the Book of Void which holds the trapped spirit of Ergo Mundus, a creature thought to be an immortal demon, punished for his misdeeds when his physical form was destroyed. A pact was formed between Ergo and Nathaniel that he would fight other monsters in the name of good, but he would travel with a powerful being that could conjure a temporal form for him to command. This is the basis for the relationship between Bearer and Ergo, although there have been others before Bearer to control Ergo’s power.

“… it can be easy to forget that Anima is an indie title.”

Anima plays as a third person RPG with combat reminiscent of Devil May Cry, if only one or two steps behind in pace. The controls are easy to jump into, with both playable characters able to unlock more attacks and abilities as the game progresses. Special attacks are hot keyed, but as more are unlocked the attacks can be swapped out to better suit your own play style. Both Bearer and Ergo share similar abilities, but with the kind of slight changes you might expect: the early moves Bearer unlocks are faster and better at range, whereas Ergo is perfect for getting in close and dealing high damage. Equipment is kept to a minimum: two weapons and two artifacts can be equipped per character to increase stats but do not change their appearance.

A nice feature that I know many people will love is that Bearer and Ergo share experience points. That means you don’t need to worry about leveling up one more than the other, and this keeps the game flowing more with the story than being concerned with level grinding. They can be switched in and out of gameplay at any time – when roaming or in combat – with a quick button tap, not only useful for longer combo’s but for better tactics against certain enemies. It’s also a relief that each character has their own independent health bar, meaning if Ergo is weakened and you happen to be out of Life Fragments, it’s a simple switch to Bearer while he heals in the background. Granted, it takes time but it also puts less pressure on the player to scramble for health. 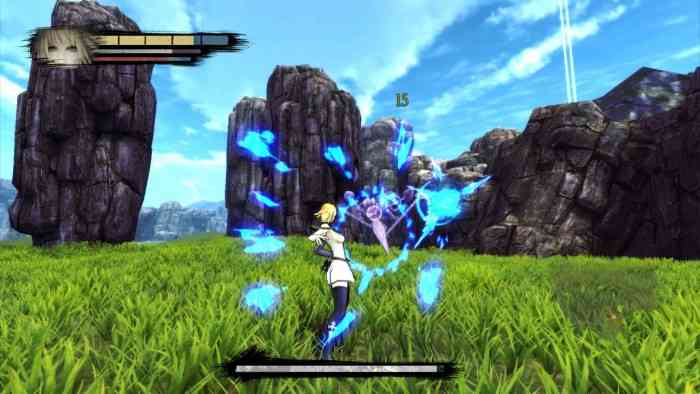 The camera can be a bit finicky at times, set at fixed angles around corridors or in certain rooms which can obscure the view of enemies, but locking on and even free shooting is superbly accurate so you don’t waste time and mana firing magic spells at enemies. Anima also offers a moderate amount of puzzle solving like you might expect from Darksiders, with just the right difficulty to get you thinking without being infuriating.

Where this game starts to lose me, however, is the dialogue and voice acting. Obviously having roots set in anime, there was a certain amount of cheese-factor I was expecting. Not quite moustache twirling villains, but not far off. There are several moments in the voice acting that are over the top and, while I accept it and it sort of works, it feels like it lessens the integrity of the plot. My biggest issue is Ergo’s incessant use of the word “baby” when talking to Bearer. It’s clear he is egotistical and loves to get under people’s skin, that part about his personality creates a dynamic worth the players attention as Bearer won’t take his crap. But it feels like every other sentence he finishes by calling her baby. Not only that, it sounds like he tacks it on at the end, as if he forgot he was going to say it in the first place. Bearer is clearly depicted as a strong female lead, but the constant – and I mean constant – use of calling her baby is taxing to hear.

“With customizable attacks, puzzles, and an exemplary combat system, the only downfall to this title comes from its often overzealous and sometimes painful voice acting”

That being said, it can be easy to forget that Anima is an indie title. It is only in little blips with the written content that you can notice some simple mistakes. Bearer frequently narrates what she finds but not only are certain lines narrated differently than written, an entire city is called by a different name every time it appears. Its these minor inconsistencies that remind you this is an indie title, but otherwise I’m happy to mistake Anima for a big budget game.

For its beautiful and often haunting graphics, its surprisingly solid and intriguing plot, and its whole host of great qualities, Anima: Gate of Memories is a fantastic experience for those who love a good blended title like God of War or Darksiders. With customizable attacks, puzzles, and an exemplary combat system, the only downfall to this title comes from its often overzealous and sometimes painful voice acting. This is a title I encourage players new to RPG’s to dig into and deserves a spot in everyone’s library. 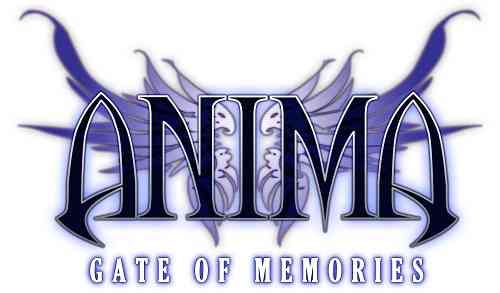