VR experiences when done well can be very intense experiences. Resident Evil 7, anyone? So much so, that many an experienced gamer has sworn off certain games or have to take them in little doses. Any parent will be hesitant to let their children play VR games, not only because most of the games tend to be of a mature subject but also because of the intensity. Parents should carefully screen any games first to make sure they are suitable for their children. Along Together is such a game.

Along Together is a bright, colorful experience with crisp graphics that won’t strain the eyes. It is also a game that teaches the lesson of cooperation in a non-intrusive and fun manner. There are two main characters to choose from – a young boy or girl. The aim of the game is to navigate environments to find their lost dog – Rishu. 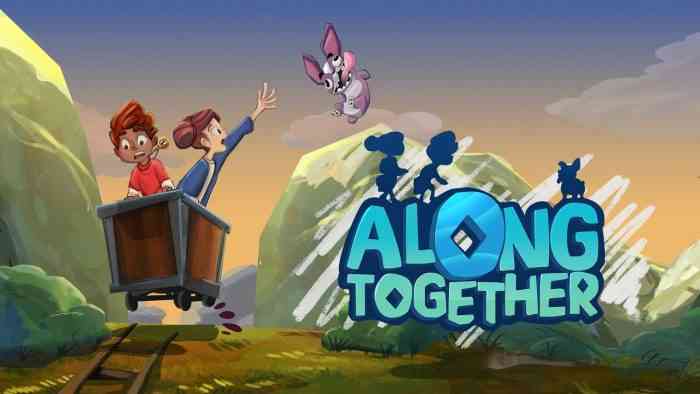 Along Together’s mechanic is that you don’t just play as the character but also as a disembodied helper in the form of a blue hand aka the character’s Guardian. So the left joystick on the controller is used to control the game character while the DS4 gyroscope controls the movement of the Guardian. Working in tandem, you navigate the character were you want them to go and use the motion control of the DS4 for action direction of the Guardian, and the right trigger button to initiate an action by the Guardian. The controls work quite well and after a little bit of gameplay becomes second nature. Character actions such as climbing up and down are handled automatically.

Charming for Children and Adults Alike

The goal of each level is to manipulate the environment so that the character can navigate from a starting to end point. This is accomplished by lifting trees, moving boulders, and operating machinery or gears and levers to open up paths. Experienced gamers should have little trouble solving any of the problems and children should find them a good challenge. As an added bonus there are treasures to be discovered along the way in items such as toys, etc.

This is a friendly mood to Along Together that should charm children and adults alike. It’s pretty amazing what game developer and publisher, Turbo Button, has crafted with this less than half a gig game. The graphics are so sharp and clear, no doubt due to the art style chosen. The cartoony, somewhat blocky style is perfect for accentuating 3D depth perception with no sense of VR unease at all. In many ways, Along Together is reminiscent of the PlayStation VR Playroom – Robots Rescue. 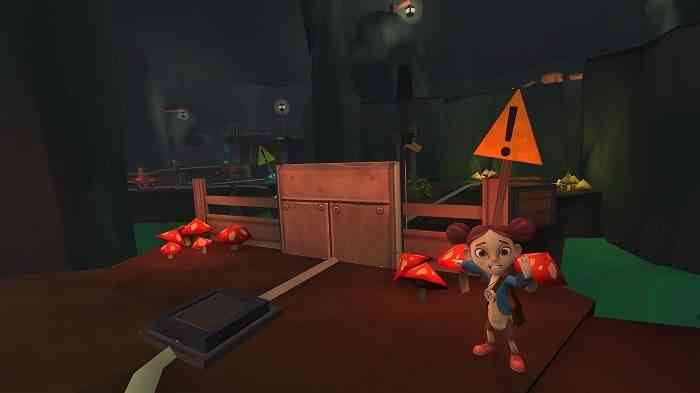 This is a perfect game for VR neophytes and children, as well as those that like puzzle/3D platforming style of games. 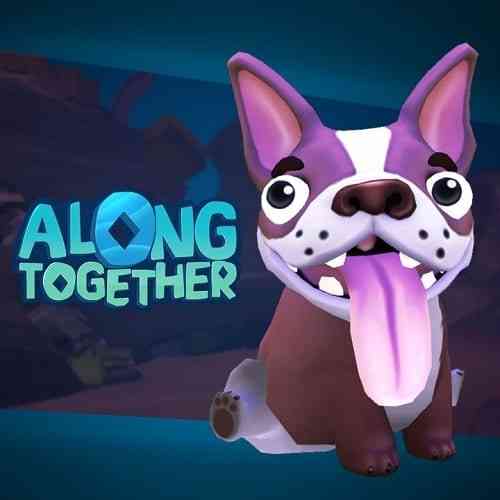