Dream Alone is a side scrolling platformer about a young boy who must find a way to lift the dark and peculiar coma-inducing disease that has mysteriously plagued his town. Set to a somber, achromatic backdrop, this indie title is equal parts creepy and vexing.

At first glance, the game is beautifully stylized and the tone is very well-calculated. The gothic artwork looks as if it was torn straight from the pages of Tim Burton’s personal sketchbook, and the camera lens flickers as if broadcast from an old television set. Traps and deadly enemies follow the style perfectly, with giant insects, spinning saws, and intense spike pits all designed to fit the old-fashioned macabre aesthetic.

Unfortunately, the artwork alone is not enough to carry the game past its glaring mechanical issues. There are few actions available besides jumping, running, and the unlockable powers — which, to their credit, are actually pretty cool. For example, the first unlockable power is a mode that alters reality to transport the player to a different paradigm: meaning the nature of the puzzle is changed and certain objects, enemies or platforms may or may not exist in the alternate universe. This new universe is orange-toned and exceptionally creepy, with floating ghost cultists and dead bodies impaled on spikes being a regular sight.

Platformer Mechanics Leave Much to Be Desired

Arching back to the more simple actions available, the jump mechanic is a floaty, one-size-fits-all situation. There is no control over how far the character jumps — all leaps are the same height and distance no matter what, so forget about double jumping or trying to make a more shallow hop to reach your desired point.

One of the main issues with Dream Alone is that there is very little flexibility when it comes to general player-experimentation or problem solving. Every puzzle is scripted in a way that you must follow the course the game wants you to take exactly, or you simply won’t progress. In worse cases, you will trigger confusion in the game that will cause you to die immediately or be stuck running in place. The animations for character fatalities is amusing at first but mundane after a while, considering it does not hold back in its gore but is the same one animation for every single deadly encounter. Regardless of how you die, it will always end the same way: in brutal decapitation with the same blood spatter wiping across the screen. 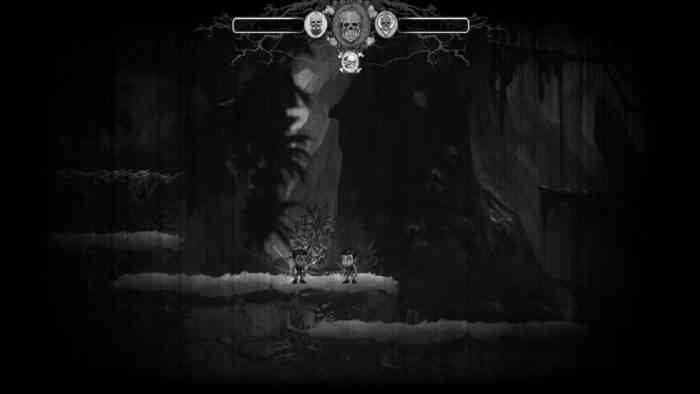 It is the combination between the lack of room for players to mess around or solve the puzzles in more than one way and the unpolished edges of the game in terms of repetitive music and animations, slow if not frustrating mechanics, and sloppy actions that trigger confusion in the game’s engine that make for a somewhat dampened experience. The game is also incredibly dim, making it unnecessarily difficult to see traps or gaps in the ground. Each level is designed to give very little warning of what’s ahead, forcing the player to rework some sections over and over again until the timing and jumping is just right. I actually enjoyed this punishing challenge, but some may find it distracting from the main story of the game.

Overall, Dream Alone brims with potential but falls slightly short in multiple areas. The concept and artistic execution is beyond intriguing, but certain kinks still need to be ironed out to make it a smoother and more flexible experience. The main musical score is hauntingly beautiful, and my only complaint is that I wish it were integrated into the levels more in place of the constant rain sounds that tempted me to mute the game on more than one occasion. The story is nothing to write home about, but the isolating plot mixed with the gorgeous gothic level design certainly does offer some redemption to the otherwise mediocre gameplay. 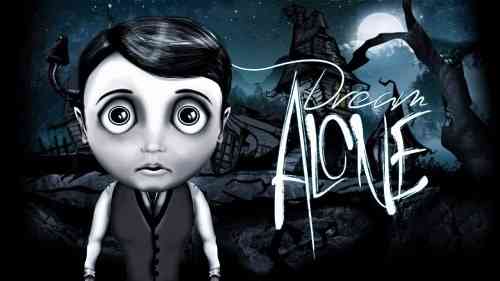