Critical information for anyone who does decide to buy Gray Dawn: “Gray” must be spelled “Gray” and not “Grey” because if you type “Grey Dawn” into Steam’s search, “Gray Dawn” will not appear. That little marketing catastrophe aside, Gray Dawn is the recent debut game of indie developer Interactive Stone. The indie scene has gained a reputation for producing games with dark themes and disturbing artistic design that larger developers, for fear of harming sales with controversy, are much less likely to release. For the same reason, games with critical religious themes are even more exclusive to the indie scene. Advertised as a dark horror game with religious elements, Gray Dawn’s sounds about as indie as they come.

Going back to what I said about how the game is advertised, here is how the plot is described on the game’s official website, gray-dawn.com:

“Gray Dawn is a first person horror game that entangles you into the terrifying adventure of a priest on a quest to prove his innocence. It is an atmospheric thriller that keeps you on the edge of your seat from start to finish … Christmas Eve, 1920. You play as Father Abraham, a priest trying to find the missing altar boy. Gray Dawn is a psychological thriller infused with religious elements seen through beautiful and terrifying worlds … Your goal is to find the boy and make sure that you won’t hear the “swoosh” of the guillotine.”

I can’t begin to count how many times I sat, my mouth agape, staring at the madness on my screen. I was fortunate enough to share the experience with one of my friends watching, and for five straight hours we were on the edges of our seats. I can honestly say we were always excited to see what came next. However, this is probably not in the way that the developers had hoped. I say this because Gray Dawn fails as a horror game. It’s just not scary. There are no threats in the game. There are no chase sequences. There are no moments where you need to hide as you try to quiet your breathing. Nothing. I can’t think of anything in the game that I could even remotely consider an antagonist. Instead, the game tries to be scary as a slightly atmospheric walking simulator. The game has some great ideas, but never effectively capitalizes on any of them.

The game is incredibly on-the-nose with some of its thematic elements. At one point it goes so far as to place the protagonist in a room simultaneously containing a boy who is violently convulsing, a toy train with a glowing red pentagram – which, as we all know, means it runs on devil power – and a furnace with horns, burning a crucifix, which has to be opened by turning three dials until they read “666.” 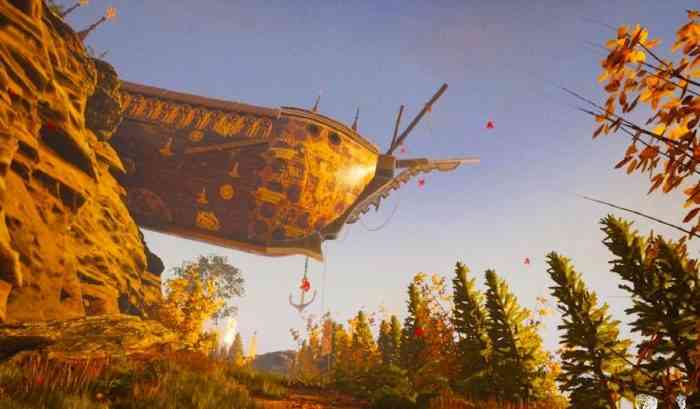 Continuing the onslaught of clichés, the game also frequently uses deep, distorted voices to represent demons and other such unholy abominations. These types of slapped-together bundles of clichés are especially prevalent early in the game and break the tension often, ruining the game’s attempts to be scary. Instead, the sheer ridiculousness begins to become funny. That zany hilarity is largely what accompanied me throughout the rest of the game. I had a ton of fun because the game gets CRAZY.

You walk through the snow, seeing it become black with ash before an erupting volcano rises from nowhere. You walk out of a church and into a graveyard before finding a sleigh drawn by six reindeer (and yes, you do ride in the sleigh, and they do fly). There’s a room containing the skeleton of a child born with two heads. The same room also contains exactly 4381 copies (I counted) of the same book, titled “Death of God.” You conduct fusion, creating a small sun inside a church. There’s a pirate ship cantilevered on a mountain. The child you’ve been accused of killing is implied to have been the second coming of Christ. There’s a giant demon rabbit that materializes from fire after claiming to belong to a soul of an unbaptized child; you kill the rabbit with a golden, gem-encrusted bear trap. You make and use wings like Icarus. The ending I got, which is one of several, is too bizarre to describe. There’s just so much to this game that you really have to see it for yourself to understand.

Truth be told, I had a great time with Gray Dawn. Laughing at the absurdity with my friend made it a really fun experience. It’s an awful horror game. That needs to be understood. There’s no horror classic to be found here, and there are many games to scratch that itch for less than $20. That said, if you’re the type to grab a couple of friends and head to the cinema to see a movie that’s so bad it’s good, then I would absolutely recommend Gray Dawn. I give it a 66.6 out of 100. 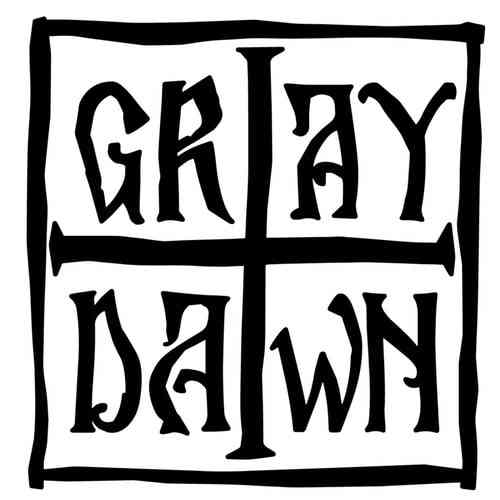