This is a weird one ladies and gents. I booted up Alder’s Blood after getting a look at the art style and the game description. I saw familiar words like “tactical” and “turn-based” and “management” and thought I knew where I stood. And I did, sort of. But some things are weirder than the sum of their parts. So, I will try my best to capture the gaming experience that is Alder’s Blood but ultimately, it’s the kind of thing that has to be experienced to be understood.

Superficially, you know the kind of game this is. You’ve got a party of guys taking turns, making their ways across a level to complete an objective. Between missions, you’ll manage resources and make impactful decisions. Your characters are determined by RPG stats, equipment and other meaningful choices. I could be describing XCOM, right?

The devil is in the details. Instead of marines or knights, your characters are Hunters. Basically, cowboys. They’ve got rifles, knives, and other weapons. They’ve also got magic spells. I guess they’re a lot like Stephen King’s Gunslingers in a way. And what they hunt, is monsters. So you find yourself on a map, and you need to maneuver these gunslingers on an array of little dots. The movement rules are kind of unusual. You can move freely within a zone, but once you go beyond that area, you need to start spending movement points. Stealth is the name of the game, and you’re going to use tall grass to hide from monsters. But before you think, “Gee, that sounds pretty normal,” one of the main mechanics is keeping track of the wind so as to move downwind from monsters. They’ll sniff you out! 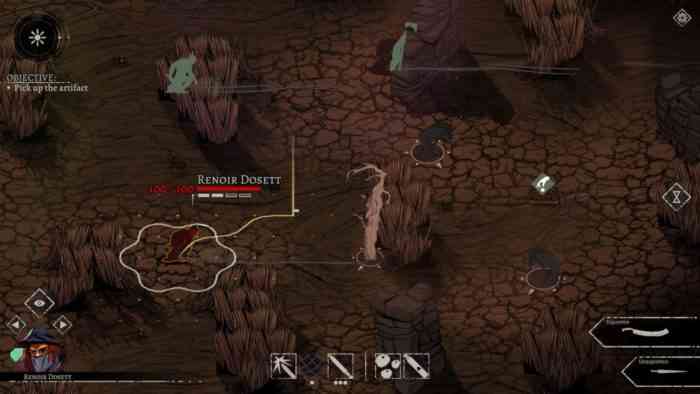 Mechanically, there’s a lot of other weird touches, most of which is to support the strange world.  You can topple enemies while in stealth and then recite an incantation to remove them from the world, instantly. This is not only hard to pull off, it builds darkness in your Hunter that can lead to trouble down the road. What this underlines is how well integrated the disparate parts of the game are. The different strategic layers (traveling on the overworld map, tactical battles, leveling up your characters) intersect nicely, and all of them support the story.

It’s the story that was the biggest surprise for me in Alder’s Blood. I understood that I was in for a dark tale of cowboys and monsters in a fantasy world, but I was unprepared for just how weird and affecting it would be. Make no mistake about it, this is Lovecraftian Horror, and by the time characters are gouging out their own eyes in the early stretch of the story, that part at least seemed inevitable. I played on my Switch in front of a heating vent one night and couldn’t stifle a shiver. Not because this game is so terrifying, it just made me feel… uneasy. My cats prowling around in the shadows started to feel ominous. I’d play the game in short bursts.

The other reason I had to play the game in bursts was the difficulty. Maybe it’s not as punishing as I felt, but the heavy stealth elements started to lead me to save scum. This is a tricky needle to thread in stealth games. It’s the kind of game where sneaking is a binary — you are caught or you are unseen. It’s better to remain unseen, so I’d reload and try a different path, a different tact, or proceed with more caution. Rare is the game that can make getting caught as thrilling as succeeding in stealth — really the only example I can think of is Metal Gear Solid V. In Alder’s Blood, I loved to feel like a badass hunter, but the less empowering parts of the game were mostly frustrating. 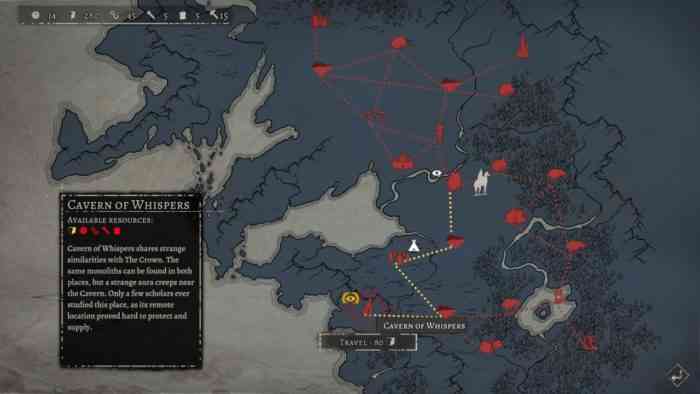 After many hours, I felt like I had seen what there was to see. The story remains compelling, but the gameplay loop starts to grow predictable. There are only so many mission types, and another kind of lumbering beast doesn’t drastically change what you are doing. But Alder’s Blood stuck with me in a strange way that few games do — I credit that to the imaginative story and the eerie tone. God has been murdered in this world, and I still feel compelled to understand just what that means. I’ll probably return to this world when the leaves are changing and I’m in the mood for an ethereal scare. I just hope I can remember to tread lightly and not have to reload so much.

The Tower: To The Bottom Will Launch on PC Sometime This Fall
Next Pokemon Mystery Dungeon: Rescue Team DX Review – A Pokemon Side Quest
Previous MLB The Show 20 Review – Perennial Powerhouse Inches Closer To Perfection