3on3 FreeStyle Xbox One Review – Free to Jam, Pay to Jam Even Better

It’s time to lace up your Kaepernick-approved Nike’s and hit the streets for some three on three basketball. Developed by JOYCITY Corp., 3on3 FreeStyle is a free-to-play, online-only basketball game with a focus on the type of hoops you might shoot with a group of friends as opposed to the various NBA games. With a diverse cast of characters, fun vibrant graphics, and free admission – could this be a slamdunk? Let’s find out.

Street-style basketball games aren’t new – the NBA Playgrounds series is the most recent basketball franchise to provide that street-style feel. But there is a couple distinct differences with 3on3 FreeStyle. For starters, there are no licensed characters – the entire cast are a bunch of made up characters. While the cast of characters is diverse, you’ll be stuck with just a few characters until you earn enough in-game currency (C) to purchase new ones. To speed up the process, you can spend real money to purchase either of the two in-game currencies and use those funds to buy new characters. The second distinction is the usage of the court. Instead of a full court, you’ll be restricted to a half-court. This means when you gain possession of the ball, you’ll need to dribble your way past the three-point line before you can re-enter the zone. 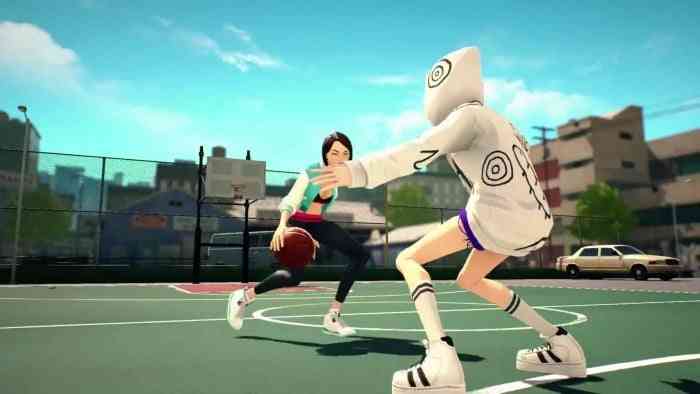 Playing 3on3 FreeStyle is a pretty easy, arcade-style affair. Whether you’re on offence or defence, the game keeps things really simple with only a handful of moves and easy controls. The game even has an overlay that shows your available moves in the top right-hand corner – of course, once you get experienced at the game, you can turn it off. To top things off, the game features a pretty solid tutorial and whenever you load the game up, you’ll start in your very own half-court with the ball to get in a few warm-up shots. The developers clearly wanted this game to be accessible to a large audience and in my opinion – they succeeded.

The diverse cast of characters is vibrant and playful, each with their own b-ball attitude. The characters are each given a certain playstyle as well – such as the Point Guard, Center, and Shooting Guard. There are at least four characters for each position, so you should be able to find a player for each position that you’ll enjoy playing as. And you’ll want to play as a few different characters – just in case you are teamed up with someone who is also playing as your favourite character. Sure, your team could have two Kim’s on it, but a team works better when each player fills a different role. During a match, you’ll be able to call timeout and change characters or change them up at halftime.

Jam With Friends or Strangers 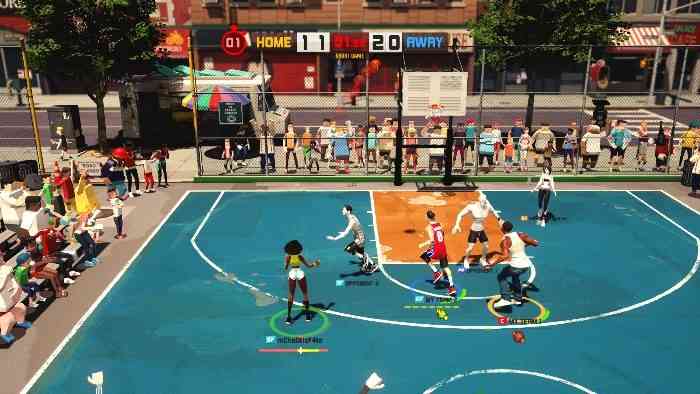 3on3 FreeStyle features two modes; 1 vs 1 and 3 vs 3. During the 1 vs 1 matches, you’ll be teamed up with two AI players and square off against another player with their own two AI players. You have no control over these AI players, which can cause some frustration since there is no real way to set up any plays. The AI players aren’t useless – but I would have preferred to have control shift between players and skip using AI players altogether. 3 vs 3 matches will put you on a team with 2 other players (or friends, if your friends jam too). While this is the way the game was meant to be played, there can be some issues. For one, every now and then you’ll come across the ball hog who has no team spirit, never passes, and takes every shot no matter how ridiculous it might be. Coordinating plays can be a challenge too – you basically have to read your teammates minds and hope they’re thinking what you’re thinking. Unfortunately, there’s another glaring issue with multiplayer matches – if any player drops out, the game ends in a draw. It only happened a couple times to me, and it doesn’t appear to negatively impact your personal stats – but it’s still annoying.

3on3 FreeStyle is a “free to play” game and you can experience most of what the game has to offer without paying a dime. However, there are a number of items that you’ll need to level up your characters – and while you can earn some of these by playing in special events – you can also pay for them. This, of course, leads to the issue of “pay to win” – and this game is absolutely pay-to-win. Each character can be levelled up to 10 at which point they can Prestige – with each character being able to Prestige four times. Each level improves your stats (such as shooting or passing) and each Prestige adds additional abilities (such as specific types of shots) – so a player with the financial means could potentially max Prestige their characters, while those of us less financially inclined must grind to extreme lengths to get close. For my review, the publisher provided me with 50 P to use as test funds, which equates to $5.00. I couldn’t do much with it, aside from buying a celebration. That’s right, for just under $5.00, you can buy a “dab” dance celebration that you can flash every time you score a goal – just like I did. Five dollars for a celebration? This ref calls FOUL!

3on3 FreeStyle isn’t a bad game. The game is simple, accessible, and has great visuals. It can be fun playing multiplayer, assuming you get paired up with some decent players and not players that want to hog all the glory. The free-to-play, pay-to-win structure really holds this game back from becoming a really great game. Gamers with boatloads of cash can substantially improve their characters for an unfair advantage, while the rest of us need to grind the hard way. I can understand microtransactions for aesthetic stuff like jerseys and celebrations – paying to improve characters is not cool at all. A single player mode would have really improved this game too. This game has a lot of potential, but the current pay model makes it hard to recommend. 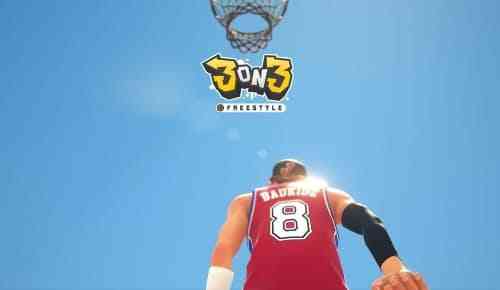 PS4 Exclusive 3on3 Freestyle Enters Closed Beta; You Can Still Get In