112 Operator is a management sim by Jutsu Games where the player is a dispatcher in one of several major European cities, serving as an intercontinental sequel to 911 Operator. While I haven’t played the first game, the premise—handling incoming calls and directing police, medical, and fire vehicles to emergency situations in your assigned districts appealed to the management-sim-lover in me.

I chose Paris for my first playthrough, and I was given several arrondissements to oversee, answering calls and choosing, based on the situations presented, how to respond. In addition to having fire trucks, medical responders, and police cars, different types of vehicles are capable of handling different types of situations. You can also train your personnel to be better at specific situations, like technical firemen and first aid specific responders.

I had a lot of fun at the outset of this game: I love managing things, and having all the city’s emergency resources at my disposal was engaging. When you play, you spend the majority of your time getting cut-and-dry emergencies to respond to, like a pickpocket or a carbon monoxide poisoning, which tell you what kind of unit to use. Then there are live calls you answer while doing this, usually two or three per level, where you have to try to talk someone through an emergency situation, just as a real dispatcher would do. These are usually interesting, well-acted, and often don’t have an easy solution. It’s fun, engaging stuff. Also, the city maps are very accurate, which is pretty cool.

Where the game began to fail was the follow-through of this situations. It was sometimes unclear when one of the engaging calls ended exactly what happened to the caller, and finding out after the level ended meant scrolling through a long list of situations you’d resolved to the specific one, only to see an unexciting notification that the person whose life you saved was taken to the hospital. As the dispatcher, you get emails from both work and civilians whose lives you’ve impacted, for better and worse, and it would have been nice if this had been implemented even more to give some closure for the most memorable calls. 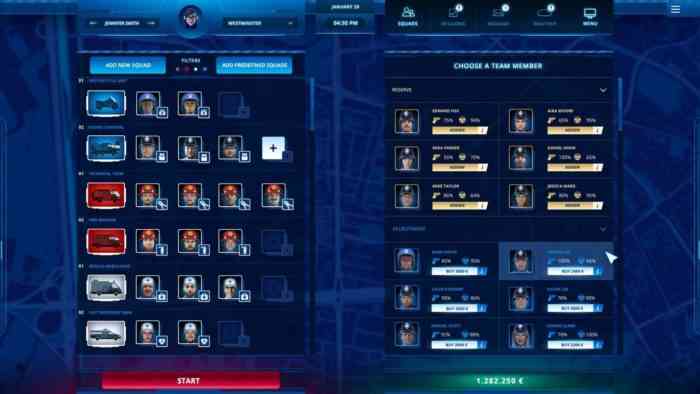 The gameplay is simple but good, and I often fell into that great state of mind when playing a management sim where you’re just living in the moment, keeping your head above water while handling everything the game throws at you. However, by the time I finished the Paris campaign, I was honestly a little tired of 112 Operator—there’s simple and then there’s repetitive, and unfortunately, by the end it veered into the latter for me.

The personal storyline for the specific operator you play didn’t really resonate for me, and I was disappointed to discover that it seems like the storylines are the same across all the different cities you can play in, rendering them nearly indistinguishable from each other than street names. I don’t know if this is entirely true, because I didn’t finish my second Madrid campaign, but I did stick with it long enough for the beginning of one of the longest-running plot threads from the first campaign to start, so it seems likely. Because of this, I don’t think the game has much replayability after the mechanics begin to wear thin.

Overall, 112 Operator is a fun game for anyone who likes to play management sims. Unfortunately, when the easy control system and preset stories wear thin, there’s nothing to keep this dispatcher from changing careers. I know the developers are planning to release more content, which will help, but I don’t think that will be enough to completely salvage the experience.

***PC copy was provided by the publisher***

Space Life is Messed Up in Starmancer