Moving Out Review – Moving On Up In the World

I have no problem admitting that if you’re able to get through Moving Out without screaming at the family dog or breaking up with your girlfriend, you’re a better gamer than I am. Moving out, much like it’s sister game Overcooked, is not designed with the casual player in mind. People without the utmost patience and skill need not apply. And if you think you can dive in all by your lonesome and become one of the best damn Furniture Arrangement & Relocation Technicians the world’s ever seen, think again. Moving Out will test your patience in ways few games do, and while it nails some of the stuff it attempts, it’s far from perfect.

If you’ve ever played Overcooked, you’re going to feel right at home almost instantaneously. You’re brought through a brief tutorial that’ll get you comfortable with the controls in minutes, and you also get to see the hub you’ll navigate between jobs. You’ll have access to one of a number of colorful characters and customization options that are equally hilarious as they are adorable. Everything from cats in wheelchairs to apparitions with pots on their heads are selectable, and once you find the character that suits you best, you’re then set off into what feels like one of the most inconsequential storylines ever written. But nobody ever came to Overcooked for the story, and that’ll be the same case with Moving Out – the meat and potatoes will always remain the gameplay.

It’s important to note that while Moving Out is undoubtedly playable in solo mode, you would be doing yourself a disservice if you never played it without at least one other person. The game thrives when two or more people begin to get the hang of navigating through hallways, feeling the progression from clumsily fumbling your way through to smoothly gliding in and out of the house without a hiccup. Each mission breaks down as you would probably expect: You want to move the biggest pieces of furniture first, and then the small stuff. You’re able to throw things to speed up the process, but more significant items will need more than one person to toss. When things are working, it’s a lot of fun. The keyword there being “when”. 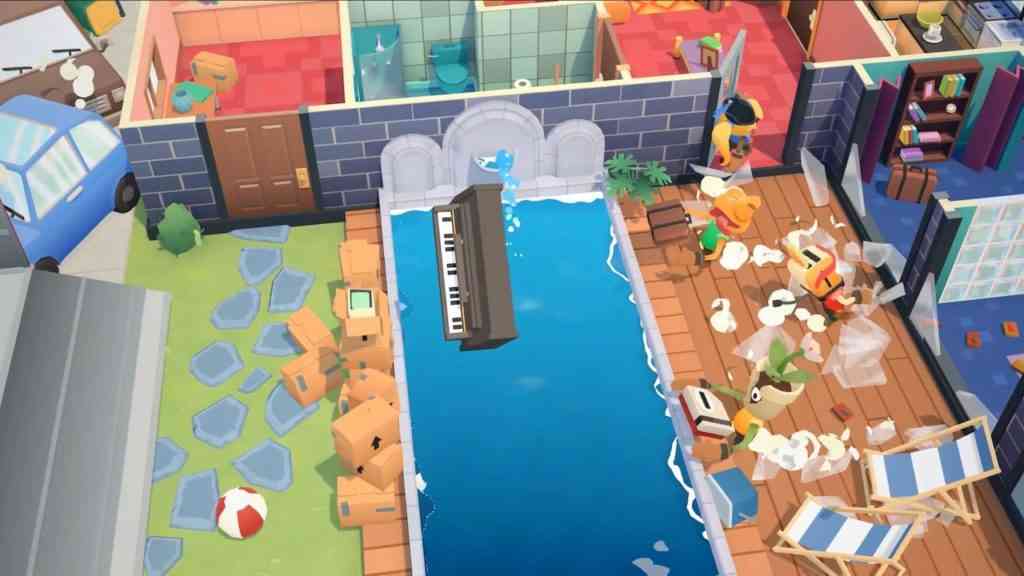 Moving Out is not broken by any means. But I can’t deny that more often than not, the line between successfully threading a couch through a door and getting stuck for fifteen seconds felt incredibly thin. Seemingly for no reason, the furniture will glue itself to doorways and corridors, and when you’re racing to get a gold medal on a level, even the slightest miscalculation can cost you the entire run. I also found the throwing to be incredibly inconsistent. There are times when two players can throw a couch just fine – all you have to do is time your button presses and aim where you’d like to chuck it. But way too often did this turn out to be more trouble than what it was worth.

Sound stood out to me as one of the better-developed areas of Moving Out. Effects sound great, with the crashing of a window or the snapping of a cable sounding cute and cartoony, but more so than the sound effects, I found myself enjoying the music. It’s a fun, upbeat, and relaxing playlist that will have you bopping your head, yet feeling nostalgic all at the same time. I suppose the biggest take away from my time with Moving Out is that it does a beautiful job of combining classic video game design with modern technologies, creating a game that feels fresh yet familiar. I know I’ve played this game before, and I know I’ve been driven crazy by it a million times, yet the fun art style, customization, and music keep bringing me back. Throw in the fact that Moving Out does couch co-op precisely as it should be done, and you’ve got a game worth checking out. 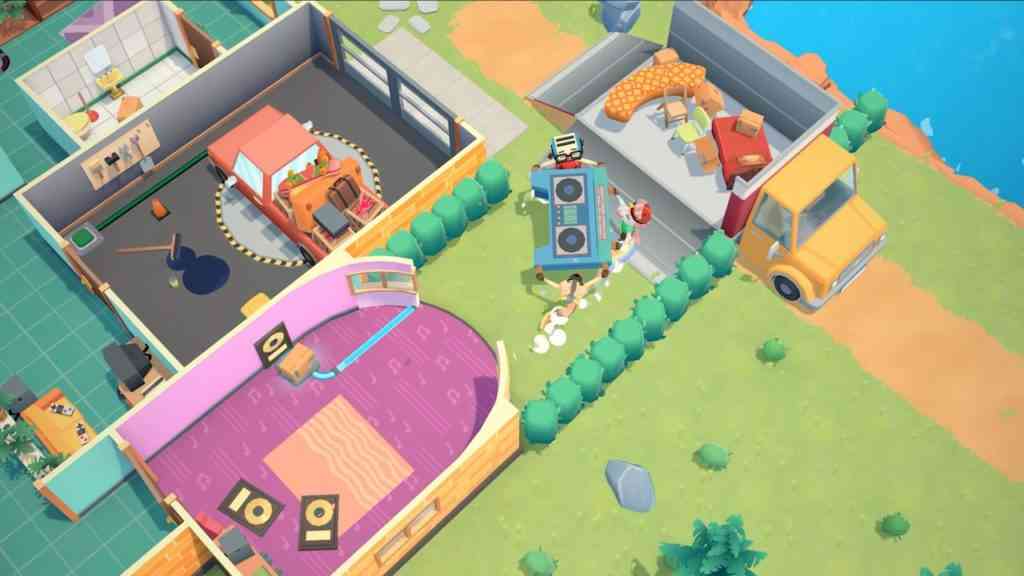 I enjoyed my time with Moving Out, but that’s not to say I had fun. This game frustrated me. Deeply. In much of the same way Overcooked did. But Moving Out never entirely lives up to the bar set by Overcooked. At times it feels unfocused, scattered, and above all else, inconsistent in its rules. But where the technical side of the game lacks, the flair and pizazz of everything make up for it. I love the characters and the music, the couch co-op gameplay is second to none, and I appreciate a game that has no problem being there if you only need it for a few minutes to pass the time. 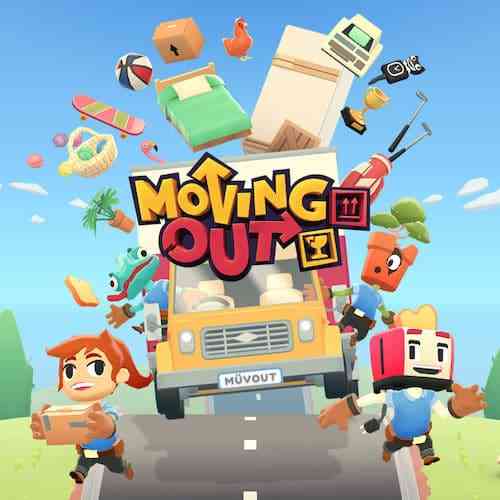 
Pumpkin Jack is Here and He’s Coming For You