Bullet time? Check. Dual wielding? Check. But on top of packing the usual ingredients that make a great arcade shooter, Playsnak’s Wanted Killer VR has a secret weapon up its sleeve: a locomotion system that allows you to teleport to the point of death of an enemy. Such a novel system may sound like a minor addition on paper, but it actually makes a world of difference in action as it encourages you to keep racking up kills in order to stay on the move. 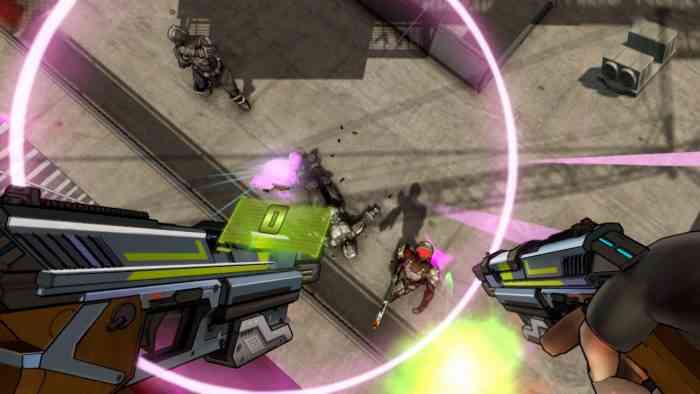 Players take the role of Ricky, a killer with no recollection of his past. As a pistols expert, Ricky’s defining characteristic lies in his ability to dual-wield a variety of pistols. There’s a handcannon, a pistol which freezes enemies, a burst pistol that can unload a barrage of rounds with a single tap, and a shield pistol capable of materializing a holographic shield to block incoming fire. All these pistols are upgradable with resources earned through combat, giving you an excuse to blast bad guys over and over again in the campaign.

Similar to Robo Recall and Sairento, Wanted Killer VR’s gunplay revolves around style. The more headshots and kills you can string together, the higher your score. The aforementioned locomotion system, dubbed “Tactical Teleport”, is here to help you do just that. For the most part, movement is limited to specific nodes in the environment, typically an open area where enemies can easily overwhelm you if you’re not quick on the trigger. When you get a kill, however, you unlock a teleportation node at the enemy’s point of death. This rewards you with not only their weapon, but also a chance to reposition and flank the remaining enemies from a new angle. Tapping the teleport button zaps you straight to that spot, but holding it enables bullet time, so you can rain down bullets as you glide across the level. Shoot down a foe, pick up their gun, and teleport from corpse to corpse until no one is left standing. This becomes a highly gratifying cycle where each kill propels you toward the next. The only issue I’ve encountered with this is that teleportation can be finicky if the node is slightly obscured by an environmental object, like a crate or a railing. Occasionally, I’d have to try a whole bunch of times because successfully teleporting, which can be the difference between life and death in such a fast-paced shooter.

Though Wanted Killer VR is undeniably arcade-like in nature, the shooting is surprisingly tight. Guns handle responsively and pack an adequate punch. Aside from the loadout pistols, enemies drop a slew of guns to play with. The shotgun is particularly satisfying at close range, as it can send bodies soaring into the air. I really appreciated that a weapon’s possible spread is presented on-screen through a ring reticle, which is not something I’ve seen in any other VR shooter. The ring grows and shrinks in realtime as you hold down the trigger, giving you a good idea as to how accurate or inaccurate the next shot may be.

Wanted Killer VR has laid a promising foundation with its gameplay, but with only three maps and a handful of short missions, there may not be enough mileage currently to fulfill your VR shooter itch. After early access, it will of course pack loads more content, including three additional playable characters, each with their own unique arsenal and playstyle. Wanted Killer VR is available now on Steam Early Access. 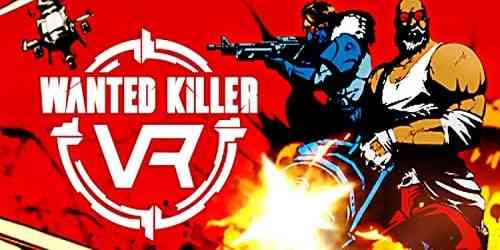 Rebuild The World With ‘Terra Nil’
Next Spyro Reignited Trilogy Stokes the Flames of Nostalgia
Previous Shadow of the Tomb Raider is Brutal, Badass, and Adventurous