Tandem: A Tale of Shadows Shines Light on the Darkness

Tandem: A Tale of Shadows Preview

I had the opportunity to go hands-on with a short and sweet demo of Tandem: A Tale of Shadows, and came away relatively hopeful for the final product. At its core, Tandem is a puzzle platformer that leverages aspects of both genres. Specifically, its top-down view has more of a puzzle game feel while its side-scrolling is more platformer-based.

The game provides two playable characters: Emma, a young girl, and Fenton, a teddy bear. The narrative is that a famous kid, Thomas Kane, has disappeared, and it is up to Emma and Fenton to resume the investigation. While the story was non-existent and had no “bearing” on the demo, it’s still nice to know that there is something to expect with the final product.

The game’s primary gameplay loop is the coordination between its puzzle and platforming elements. Emma is controlled in a top-down view, and her portions are puzzle-related. On the other hand, Fenton navigates a platforming element and is played in a side-scrolling view. These two elements play well with one another, especially as the levels continue on. 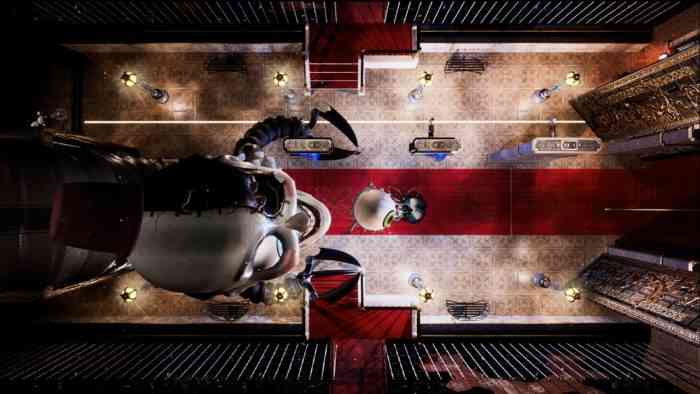 While the first few levels were straightforward, they did serve as a decent introduction to gameplay elements. Specifically, Emma’s portions involve opening doors and manipulating light sources and shadows for Fenton to navigate his sections. Put simply, Fenton is able to walk on the shadows that Emma helps to produce, among other objects.

Though the demo was relatively short, it definitely exudes a unique feel that keeps me interested in its final release. While the coordination between two parties does feel somewhat familiar, it feels different with Emma and Fenton. Between the intriguing art design, “a-ha” moments, and brutal deaths of Fenton when failing platforming elements, Tandem: A Tale of Shadows is one to keep an eye on.


Tandem: A Tale of Shadows Is Getting a Physical Release
Next Explore A Haunting, Brutal World With Death’s Door
Previous Hot Wheels Unleased is Adrenaline Fueled Nostalgia