For many youngsters, I imagine, the world of Hot Wheels die-cast cars is the gateway drug to the great American fantasy of fast cars and an open road, not to mention the world of obsessive collecting as they wander through the toy aisle coveting the dozens of cars, track sets, add-ons and related swag. Since 1968, the Hot Wheels franchise of toys has fueled the automotive fantasies of generations of children. Even in this digital age, kids will spend hours building track layouts and there are entire YouTube channels devoted to adults setting up elaborate Hot Wheels cityscapes.

What then, could be more of a dream come true for collectors of any age than Hot Wheels Unleased, a Hot Wheels themed driving game from developer Milestone s.r.l? I had a chance to sit down with a preview of the upcoming game and although it included only a fraction of the content that will be available, it was a good sneak peek at what Hot Wheels and racing game fans can expect.

Imagine having unlimited resources and the ability to build elaborate Hot Wheels tracks in various environments — construction sites, skateparks, college campuses, garages, etc — and then populate the tracks with a dozen of the flashiest Hot Wheels cars your saved-up allowance can buy. Although the preview build only included a set of pre-made courses, one of the most anticipated features of Unleashed will be the ability to build and decorate a custom room and custom racetracks. Just like youngsters amass great collections of real world and fantasy cars, the goal of Unleashed is to perform well in races, earning credits that can be applied to adding more and flashier cars and trucks to the garage. Each car has different stats. We’re not taking Forza-level simulation here, just the basics of handling, acceleration and braking and a few other key features. 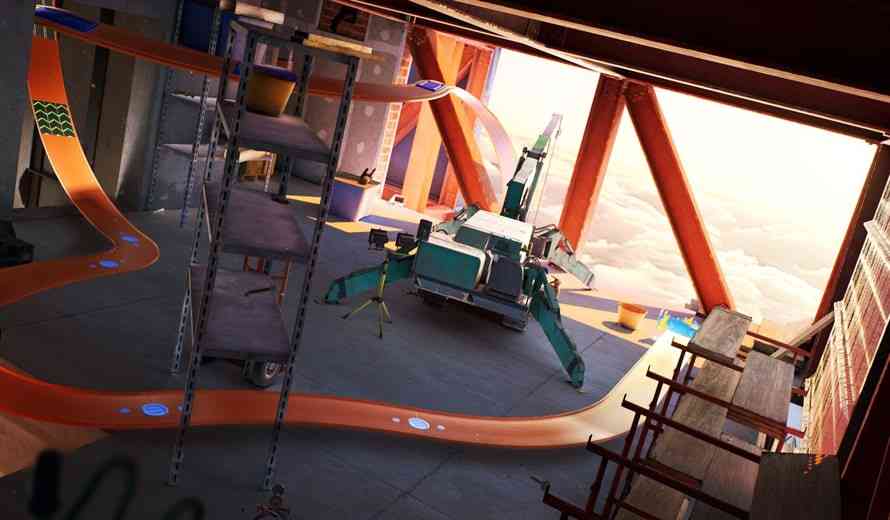 The prebuilt tracks themselves include the kinds of segments that the toy tracks are famous for, like multiple 360 degree loops, jumps, splits and shortcuts. Most of them include some sort of toy-inspired hazard like a spider that shoots incapacitating webbing or timed gates. At least in this preview, there were relatively few examples of those Hot Wheels extras like garages and car washes. The races themselves are fast and fun, and the cars do handle at least a little differently from one another. As in many arcade racers, there are power boosts pickups along the way, and it feels important to pay attention to upcoming jumps, hazards and unexpected obstacles.

The cars definitely look like their die-cast counterparts, colorful automotive confections of reflective plastic and metal. Hot Wheels Unleashed sort of splits the difference between fantasy and reality. The cars look like toys but their tires squeal, they spit flame and belch smoke and rev their throaty engines like the real thing. The environments so far are pretty basic and the emphasis seems focused on the iconic orange tracks and vehicles, but in the middle of a fast and furious race there isn’t much chance to enjoy the scenery. Players begin their careers with common-level cars but will ratchet up the ladder to rare and legendary status vehicles.

Although not included in the preview, Hot Wheels Unleashed promises a full racing game experience, with not only a track editor but a career mode and the ability to customize over 60 cars with liveries and stickers. Players will also have the opportunity to dismantle unwanted cars and move their parts to other vehicles. The developer promises that everything in the game is available by earning coin and there will be no microtransactions. 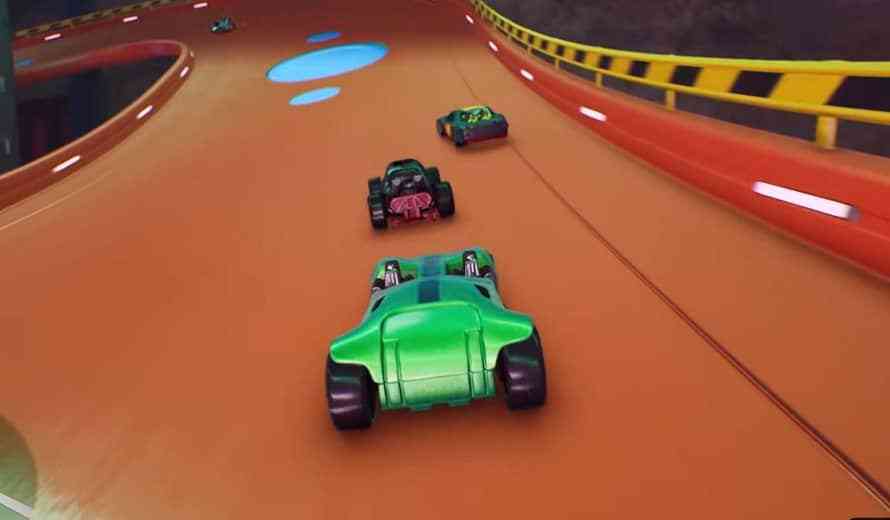 Fans of Hot Wheels toys — which probably includes nearly everyone at some point in their lives — will feel both excitement and nostalgia at the prospect of their toy collection coming to life and the prospect of racing against others with their favorite. Hot Wheels Unleashed looks like it will enter the winner’s circle with an arcade-style racer that is accessible to a wide range of players yet deep and challenging enough to appeal to digital racing sim fans. Hot Wheels Unleashed releases in September, 2022.

Milestone’s MXGP 2021 Will Be Coming To Multiple Platforms In November
Next Tandem: A Tale of Shadows Shines Light on the Darkness
Previous Blade Assault is a Stylish Cyberpunk Thrill Ride