Death’s Door explores some admittedly familiar territory. The hook involves you collecting wayward souls in order to save your own. The action and the exploration are polished variants of well-trod ideas. And yet, every element is executed with breathless grace. You might see trailers for this game and consider dismissing it out of hand, seeing echoes of other titles you can’t ignore. I’m imploring you to reconsider. Death’s Door is a tactile, compelling game whose every piece fits with a satisfying click. The build I played was a meaty one, but it felt all too short to me.

Again, the story. You are a silent collector of souls, divested from your life’s thread for as long as you’re doing the work. A grievous error turns into a desperate search for the souls required to open the titular door, your very existence on the line. The narrative is somehow both enormous and restrained, a simple request with a snarling tangle of larger implications. The true scope of this task is revealed immediately, with a boss fight that sets a grim standard for all the battles to come.

It’s a real corker of a first fight, is what I’m saying. I was pushed into the dirt at least a dozen times before I pulled through. But ah, what a rush it was! Every loss an expert lesson, every death a perfect tutorial on effective battle strategy. By the end of that fight I felt as lithe and limber as a tiger. This feeling didn’t last very long, of course. More or less every fight feels like a bit of a nail-biter. The upside is that every fight is also a blast. You’re free to learn and experiment, since you don’t lose anything when you die. Whatever currency you’ve built up to that point is retained, which is a huge relief. Of course, this means that currency is a bit less valuable, but it’s a fair trade. I’d rather my skills improve through practice than through purchase. 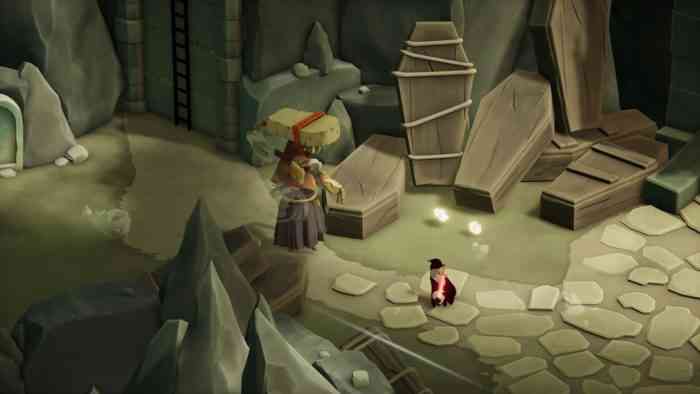 While I’ve got less to say about the graphics, the music in Death’s Door made a serious impact. You can do a lot with a few choice notes on the piano. The score is unobtrusive and restrained, but it slowly unfolded in my brain until I could no longer ignore it. I couldn’t tell you what the boss battle music sounds like, as I’m usually quite preoccupied. But the sounds of exploration and puzzle solving are sad and soulful, with a light brushing of wistful regret. It’s the perfect companion to your careful examination of the game world.

It’s All Piano On The Other Side

Exploration plays a big role in this game. While you’ve got access to checkpoints in the form of doors, travel within the world is governed by shortcuts, dark souls-style. The hunt for shortcuts encourages you to scout out every secret and side path. In doing so, I gained a deeper appreciation for the game’s level design. Between the crisp visuals and the ¾ perspective, there’s immense satisfaction in rooting out these secrets.

Whereas my initial impression was a mild one, I’m now eagerly awaiting the release of Deaths Door. More or less every element of the game is glistening with polish. Combat feels snappy and responsive, the music is powerful, and the level design is deeply interconnected. The visuals have grown on me, and while I don’t love the simplicity of the upgrade system, I understand it. Every boss battle is balanced between intensity and accessibility. The fights feel almost (but not quite!) impossible, which is a hard line to ride. I’m looking forward to seeing what the full release has in store. I highly recommend checking out Death’s Door when it comes out on July 20th. 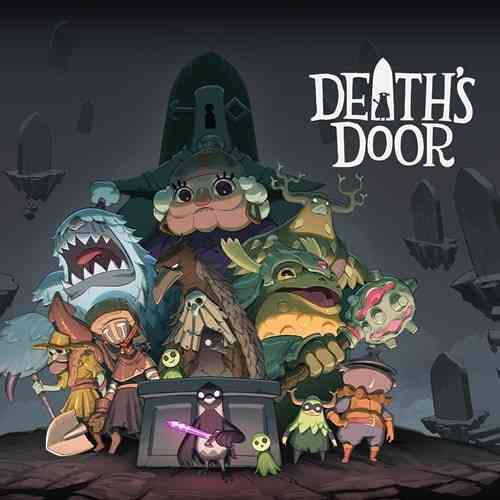 Phantom Abyss Wants to Impale You On a Spike
Next In da Hoop! Has Potential But It’s Not Quite Ready for the Big Leagues
Previous Tandem: A Tale of Shadows Shines Light on the Darkness