‘Synthetik 2’ Does One Thing Very Well

I threw a lot of grenades in Synthetik 2, though maybe not as many as I would have liked. The top-down shooter from Flow Fire Games comes at you furiously, and if you squint off into the distance, you can see the shape of what might be a pretty cool game. There are parts of Synthetik 2 that have the right feel, but there are many more components that don’t really add up. A game can be more than the sum of its parts though, but Synthetik has a long way to go.

The ChClick and the BANG

You can tell that Synthetik is trying to get the feel just right. That comes across most clearly in its gunplay. I mostly aimed and fired using a mouse and keyboard, and I couldn’t imagine switching to a controller. Though not entirely a bullet hell game, you are encouraged to stay on the move. This is counterbalanced by a clever aim system, that expands your reticle as you run around, sending shots wide. When you run out of ammo, you press one button to eject the magazine, and another button to put in a new one, slightly shifting the dynamic in most shooter games (discarding unused ammo is wasteful). 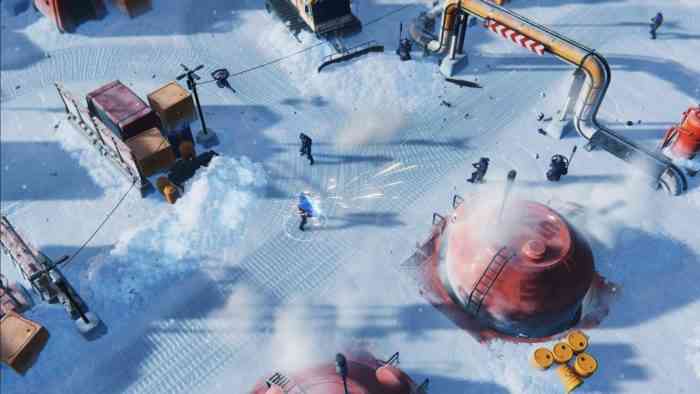 None of this is setting the world on fire, but where it comes together is in the ephemeral feel of the game. There’s a weight to everything you do; bullets have a satisfying crush as they blast holes in things. It’s hard to put your finger on any one thing but some combination of animations and controller responsiveness makes the simple act of running and shooting pretty damn cool. This isn’t the weightlessness of so many shooters, it’ll hit you hard.

It’s a shame then that such specificity doesn’t present itself throughout the rest of the game. I’d chalk a lot of that up to Early Access, but here we are. What’s inherently a part of the game, and what is likely to change? I doubt the story will end up looking very different- it’s derivative of a lot of 90s Cyberpunk, right down to the fixation on Japanese business and Imperialism. There are robot SWAT teams to blow up. The lore sort of sits in the background as optional flavor. 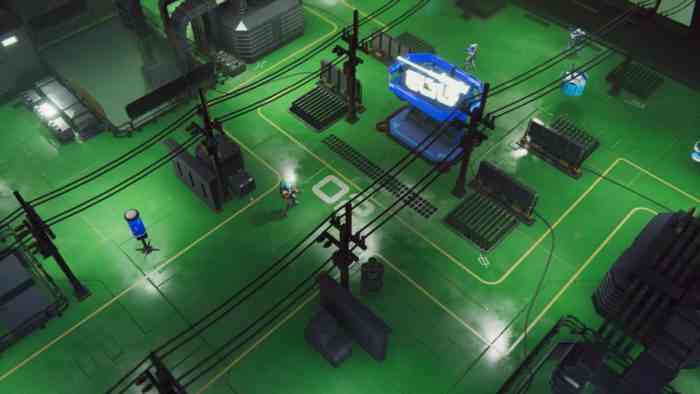 And that’s cool, worldbuilding can remain in the background. But a lot of the experience is similarly lifeless. The menus are sparse and confusing. They are definitely placeholders at the moment, but they don’t convey a sense of style or a unified design sensibility. The same goes for the objectives on the levels themselves. It’s really fun to run and gun, but I never got a strong sense as to why I was killing these enemies. I enjoyed finding new weapons, but their placement felt random. For all I enjoyed the fantastic gritty shootouts, the rest of Synthetik 2 floats there limply, waiting for an interesting idea.

The Quick and the Dead

The central gameplay loop in Synthetik 2 feels really strong, and that may be enough for some people. Which such a strong foundation, it’s possible that coherent menus, a driving story, catchier music, and more interesting levels are somewhere in the future. That doesn’t seem to be what’s in store though. A lot of the game’s roadmap stress user generated content, like levels and classes. The modding tools are heavily emphasized, and they look functional enough. There have been lots of games rooted in a strong player base, from Half Life and Neverwinter Nights to Little Big Planet and the mind meltingly popular Roblox. Such success is possible.

But when a game has such easy-to-use tools, you sacrifice specificity. What I mean is, it’s nice that players will be able to arrange enemies in parking lots for their friends to shoot, but the fights will never be anywhere but a parking lot. And sure, maybe we’ll get evil laboratory and space station themed levels to build too, but it’s too early to judge Synthetik 2 by a modding scene that has yet to come together. That is to say that for every little thing that I appreciate, like the satisfying reload mechanic, there is something that doesn’t feel right to me. I really wish grenades were items and not on a cooldown. I’m going to keep an eye on this game, for the satisfying guns alone, but I’m still waiting for something to hook me.

***PC code provided by the developers for preview***