Synthetik Review – Rage(-Quit) Against the Machine

I am no veteran of the rogue-lite experience, but a new game has come in the form of Synthetik. The game is not quite what I expected, as this here is the definition of hardcore. This is a hardcore game crafted for the masochistic gamer, and it’s crafted well at that. If you like science-fiction, guns, and Robocop, all the better.

Don’t expect some kind of single-player, story-driven adventure full of breathtaking revelations or any of that nonsense. This is a rogue-lite shooter that exists to offer non-stop action and punishment around every single corner. Though you can play with a buddy, I shall first focus on the loneliness of getting chewed and turned into scrap in single-player.

Players have a single mission: Destroy the Heart of Armageddon, and that’s all you really need to know. Aside from that, there’s a brief tutorial that shows you how to play the game. Thereafter, Synthetik offers nothing but surprises, bullet-spraying mayhem, and destruction. With a top-down view, you navigate a variety of procedurally-generated locations in order to collect items, shoot robots, and just wreak havoc. There’s no real-time progression system, however. You just move forward, shoot, and pick up random weapons and upgrades along the way. It’s total luck-of-the-draw my friends, and if you’re lucky enough to find a weapon you like, you better clutch it like a newborn because that’s your best ticket to salvation. Oh, and did I mention you only have one life? 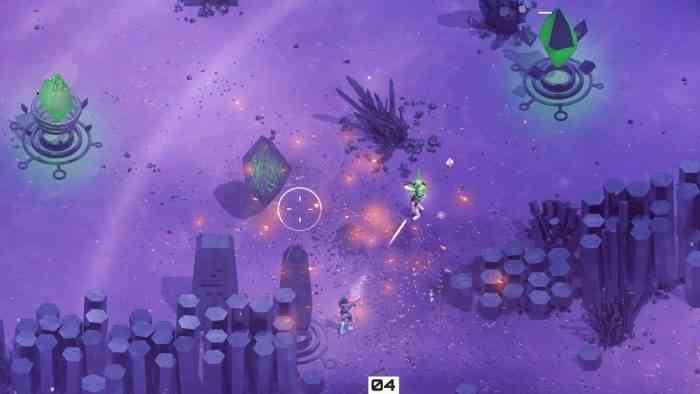 If you’re to stand any chance of clearing each level, you really have to perfect your reload game. Reloading is like classic Gears of War, only with a tad more realism. You must press one button to eject the mag, and then another button to insert the next. Even better, when you eject a mag you eject every bullet still inside. Therefore, the only way you’re not running around the map like a chicken with its head cut off is getting this mechanic down ASAP. It takes three seconds to get pwned, so you better git gud. The reload mechanic adds a nuance to the game that demands player skill. It’s Dark Souls if Dark Souls was difficult. Once your reload game is down, it’s all about that aim and knowing your surroundings.

“Whether you’re by yourself or with a buddy, Synthetik is still rage-inducing and/or fun.”

Let me tell you, the AI is vicious. Sure, there are some opponents you can cheese, but situations have a knack for surging from 0 to 100 real quick if you’re not paying attention. While we’re at it, let’s talk about the character models. They are very well done, and you’ll quickly isolate which enemy does what by remembering what they look like. Literally, knowing is half the battle. Every single enemy model looks great and brings its own rage-inducing abilities to bear. 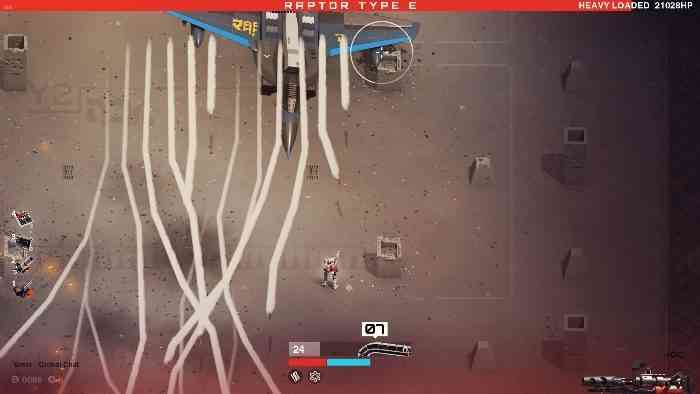 When single-player runs its course, or if you need help (you probably will), multiplayer is an option. You may co-op with another player and alternate between any of four classes. Whether you’re by yourself or with a buddy, Synthetik is still rage-inducing and/or fun. At least with multiplayer, you don’t have to die alone. When you get good enough and build that coordination, this can be one of the most fun games you have ever played, ever. Classes and loadouts are available to select before every mission, and even if you die, you’ll gain XP toward unlocking a new class and new abilities. And these just keep stacking endlessly even if you never actually beat the game or the first boss. By the way, did I mention you only have one life?

In terms of graphics, I can say these are not triple-A quality but they’re still great. As I briefly mentioned, every character model is unique. Even though this game utilizes a distant top-down view, map features and enemies are clear and distinguishable at a glance. And if you move past stages, you’ll find an even greater variety of enemies. I cannot end this review without mentioning sound either. From the bullets leaving your gun to their impact to the click of your magazine loading, there’s a satisfying attention to detail. It reminded me of that first moment of Bloodborne when I cleaved an opponent for the first time and felt the feedback of blades on flesh. Synthetic is just great design. 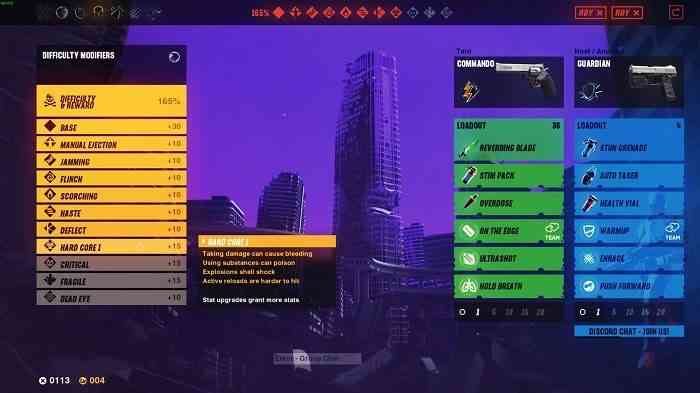 I feel inclined to steer players away from Synthetik since I do not want anyone destroying their computer monitors in fits of rage. That said, I’m not going to take away from the hard work I noticed in nearly every facet of the experience. There were just a few missing features and some bugs to multiplayer during my time playing, but if we move past that, this is a very well-designed game. It is hard as hell, though. Anyone who gets a kick out of rogue-lite gameplay, who’s not afraid of a challenge, and who digs sci-fi shooters may find serious satisfaction within the first few minutes. 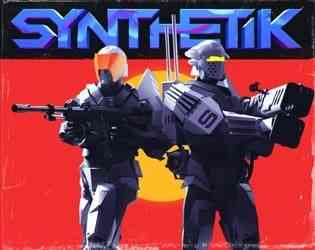