Sprint Vector is here to get your endorphins pumping…

Last week at E3 2017, I had the opportunity to go hands-on with Survios’ upcoming competitive virtual reality racer, Sprint Vector. Building off of the ‘Fluid Locomotion System’ they began to establish in their action combat title, Raw Data, Survios has perfected fast paced momentum in VR. I’ve had my fair share of enjoyable VR experiences, but none as thrilling and pulse-pounding as this one. Following a session of multiple races against a couple of the game’s designers, I can wholeheartedly announce that the time I spent with Sprint Vector is the most fun I’ve had playing a game at this year’s show.

According to the lore, Sprint Vector is the most illustrious interstellar athletic competition, host of the galaxy’s finest contestants. Having the option of different playable characters, racers run, climb, jump, and even fly at breakneck speeds as they traverse various courses containing multiple obstacles and branching paths. During races, players have several opportunities to acquire power-up abilities (similar to Mario Kart) to utilize against their opponents and the environment. In the build I experienced, there were three abilities at my disposal: Slow Mine, Nitro, and the default ability, Glove Blast. Slow Mine serves as a droppable grenade which generates a large bubble of influence that drastically slows the momentum of all who pass through it. Nitro equips players with a speed boost, while glove blast enables players to shoot a beam of energy from their hand (like Iron Man) at opposing racers or obstacles in the environment. Players can either race against a total of seven competitors online, or engage in single player challenges as they compete for intergalactic glory. 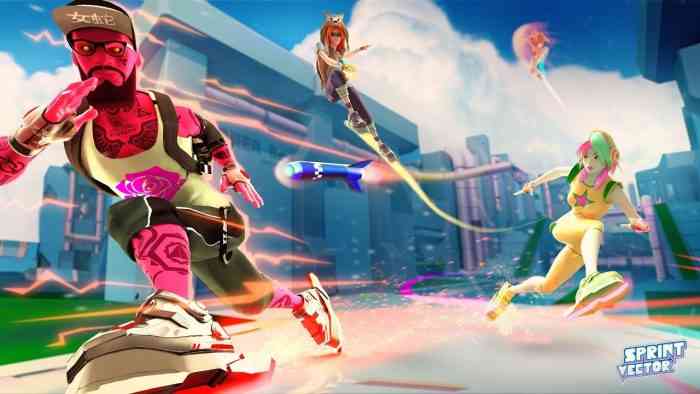 While being introduced to the core mechanics of the game, the designers stressed that maintaining lightning fast momentum and disrupting your competitors is the key to victory. Despite the physical demand of the game, the controls are remarkably intuitive. Wielding two HTC Vive controllers, I learned that the faster I thrust my arms back and forth in a sprint-like fashion, the faster I’d dash forward. To leap great distances off of platforms or ramps, I’d quickly press the controller’s touch pads and swing my arms downward. While airborne, holding my arms out in front of me enabled me to glide like the Man of Steel himself until I’d hit the ground and continue sprinting. Obstacles in my path included low bridges that I’d have to duck under and massive walls that I’d have to ascend by rapidly leaping to and from glowing pegs protruding from them. Amidst the high octane action, utilizing the three power-up abilities exponentially amplified the competition. I’m a passionate fan of Mario Kart, so, introducing similar elements into an adrenaline fueled VR racer is thoroughly satisfying. Whether I was dodging obstacles, running, leaping, or gliding across a course, I always felt entirely in control of my movements thanks to the game’s Fluid Locomotion System. Traditionally, I’m naturally prone to motion sickness when experiencing VR. Miraculously, I never once felt nauseous or dizzy during the half-hour demonstration, which is a testament to Survios’ remarkable design.

Despite repeatedly losing to one of the game’s designers, I had an absolute blast with Sprint Vector. Using my entire body to effectively traverse the courses was exhilarating and provided me with an unexpected cardio exercise. I’m very much looking forward to discovering the best paths to take on tracks, setting high scores in single player challenges, and bringing the heat, or, lack thereof, to my opponents online. If cross-dimensional racing peaks your interest and you possess a competitive nature like me, Sprint Vector is a title you should keep an eye on when it comes to arcades this summer and retail this holiday season for HTC Vive and Oculus Touch, with additional platform support coming soon. 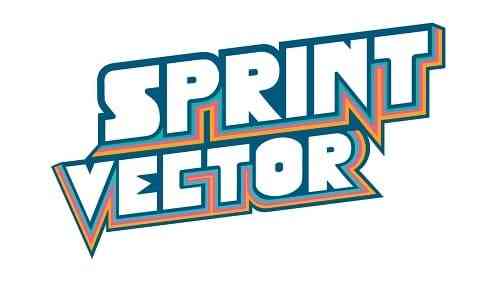