ARPGs tend to cover a broad swath of tones and archetypes. Minecraft Dungeons, the upcoming title from Microsoft and Mojang, falls squarely in the fun and/or goofy range. While this is definitely a game geared at every age range, even fully-grown adults (such as myself) owe it to themselves to keep this one on the ol’ radar screen. If nothing else, Minecraft Dungeons will make for some awesome couch co-op next year.

The story is fairly standard, in that I paid little attention to it during the demo. After all, ours is not to wonder why; ours is but to dungeon-dive, and also die! The gameplay I saw was focused on a particular biome, sort of a desert tomb deal. There were traps, cool companions, goofy enemies, and a healthy dose of friendly fire. I can’t overstate how easy it’s gonna be for you and your friends to ice one another in comical ways. For example, dynamite. You can find these explosive blocks scattered all over the map, and it is remarkably easy to set them off. If you’re killed in action while carrying one, the fuse is lit. After that, no one is safe from the blast. Not pets, not friends, not enemies. That’s right: your animal companions are super vulnerable to all the dungeon’s many dangers. During the demo, our wolf companion was repeatedly crushed by trap walls, taken down by skeletons, and caught in dynamite explosions. Thankfully they come back moments later, but it’s still a hard life down there. 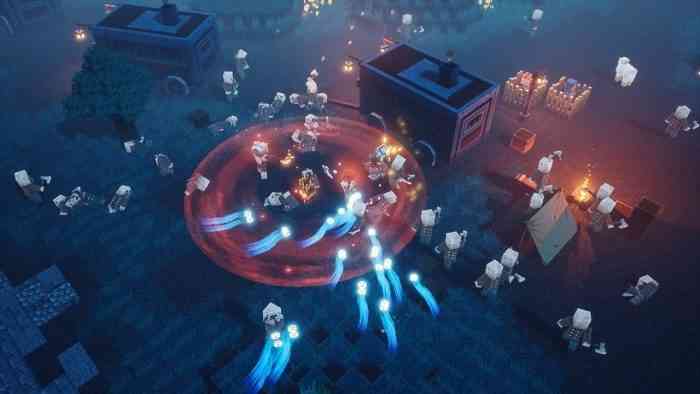 Progression for your character is tied to your equipment and your upgrade currency. This means you’re not chained to a character class, leaving you free to mess with your combat layout as you see fit. On top of that, the orbs for upgrades can be extracted from gear you’re no longer using, so you never need to worry about investing in a dead end bit of gear. Even better, there’s no degradation from dying in battle. Once you grab a sweet sword, chest piece, or spear, it’s just yours. There is shared loot, but only for things like consumables. Equipment is for you and you only. This leaves you free to have like, actual fun.

You won’t be doing any crafting in Minecraft Dungeons. Yes it’s a Minecraft game, but there’s a place for that. Here it’s all about fighting and loot and such. The good news is, the combat feels great! I had a moment or two to rip around the demo, spamming sword strikes and whatnot. Everything feels fluid and responsive. We’re not looking at a Path of Exile or anything. but this still looks like tons of fun. Definitely keep an eye out for Minecraft Dungeons when it’s eventually released. 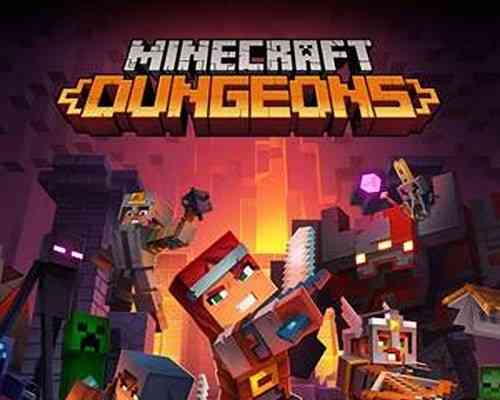