Up until now, the extent of my familiarity with Mayan culture is that my father believed the world was going to end in 2012. That’s no longer the case as I recently spent some time with a preview build of a new game from Sileni Studios, Mayan Death Robots. It’s important to stress that the version of the game I played was heavily limited. The preview build only had support for the main adventure mode with another human player and considering I don’t have any human friends (It’s you and me for life Bonzi™) I was only getting a small slice of the Mayan Death Robots experience.

That being said it might be helpful to describe what MDR actually is. It’s the newest addition in the growing list of couch co-op party games. It’s a Worms-like (coining that term right now) with the aforementioned Mayan trappings. It does some interesting things with the Worms formula that, if iterated upon, could help sculpt it into a promising winter title. Unfortunately it’s got some pretty frustrating core principles that might prevent it from reaching a wide audience. Let’s get into it.

The first thing you’ll notice about how MDR differs from Worms is that both players take their turns simultaneously. This of course leads to a more dynamic and exciting experience. Both players firing at each other at the same time is fundamentally more exciting than watching a bunch of people labour over their movement, then their shot, then their second movement. MDR says screw all that, just go ahead and shoot all the damn time; which I respect, and it also makes a lot of sense. If you care about true turn-based Worms gameplay, then you’d just play Worms. MDR is pretty snappy and you can finish whole matches in the time that it would take to finish a few turns in Worms, which is ideal for a two-player party game. Yeah that’s right, unless I’m mistaken, it’s only slated to be two players. Kind of a bummer, but probably makes sense on a technical level. It might just be too hectic to have more than two people on screen at a time.

“Both players firing at each other at the same time is fundamentally more exciting than watching a bunch of people labour over their movement, then their shot, then their second movement. MDR says screw all that, just go ahead and shoot all the damn time.”

Another of their fundamental changes to the Worms core is both a blessing and a curse. They have a character select, which is cool because it’s nice to have some diversity between yourself and the jabroni you’re attempting to destroy, but it also turns out to be a hugely limiting factor in terms of actual gameplay. Each robot has four abilities they’ve access to for each turn/action but only two of those are unique between characters. Hun-Batz, the Howler Monkey God, for example, has a salvo of bananas or a heavier more damaging boulder he can toss. Another bot has a guided missile and a delayed nuke that lands half a turn later. These skills are in addition to the jump and “build” (which lets you physically mess around with the battlefield) skills that every robot can use. It feels a little bit limiting and gets stale using the same two skills every turn. And often you end up only using one skill because the other has such niche uses. I would love to see some more customizability and diversity on the weapons. In fact I think some more weapons are going to be crucial if the game wants to have any sort of long-term appeal.

Most levels have a sort of gimmick that adds something to take into account beside the basic destroy your opponent. They’re generally interesting and help keep the game fresh between rounds. Some levels will have a boss emerge and rain some hell on the battlefield in which case it serves both players interests in form a temporary truce and kill the thing before it makes everyone’s life much more difficult. There are a number of these events and thumbs up because they’re good. 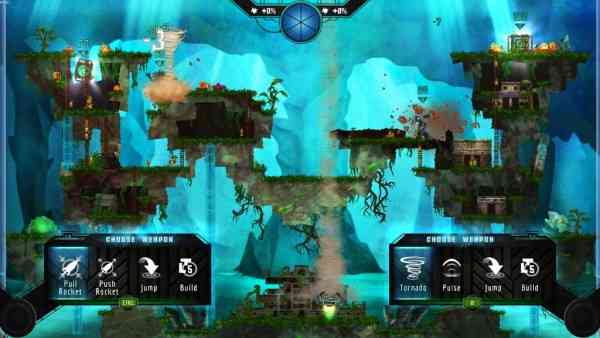 What’s less good is the game’s art style. It’s somewhere between a competent looking indie and a browser game from five years ago. The environments are actually fairly good looking, but the characters themselves are bland and have that stereotypical flash-game janky movement. I can see people taking some issue with the between-match menus but I kind of liked the ghetto feel they had; I was getting old x-com vibes or something. It would be great to see a couple more passes on the visuals before the launch though.

So what we have here is a really interesting take on the Worms formula. It has some issues but they’re at least trying new things. With some tweaks and additions I think Mayan Death Robots could actually be a game worth checking out come its release on November 20th. Keep an eye on the site for future coverage. 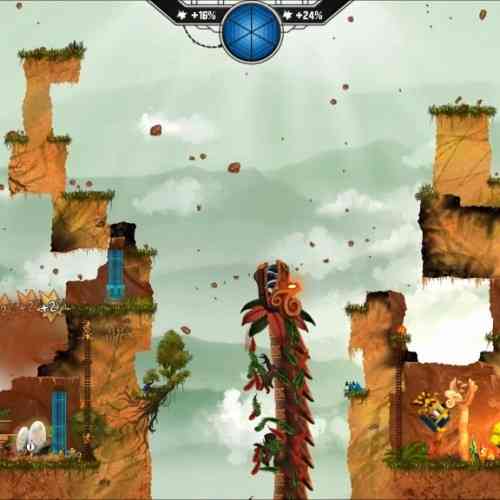 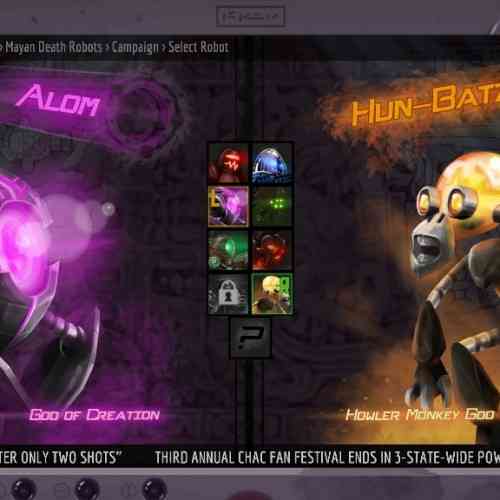 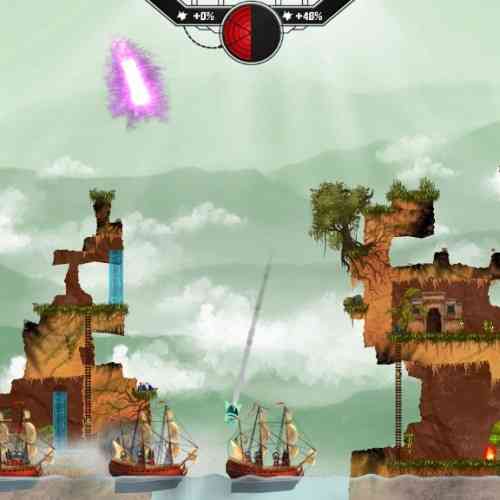 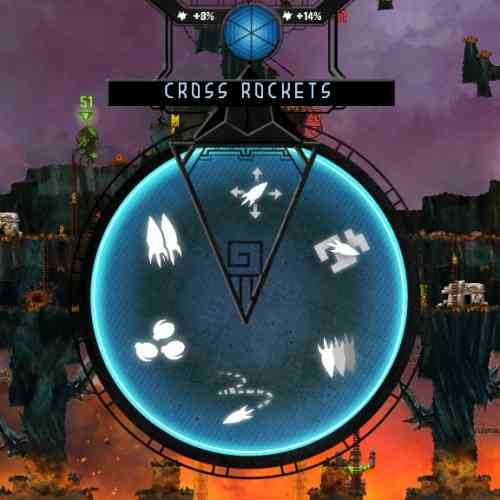 Balance the Books with Empire of Sin: Make It Count
Next Okhlos Preview – A Mob of Greeks Ready to Overthrow Zeus Himself
Previous Overfall Preview – Turn-Based RPG’s Kickstarter Campaign Ready to Sail into the Sunset