Okhlos Preview – A Mob of Greeks Ready to Overthrow Zeus Himself

The annual madness of Pax Prime is an event where numerous games are showcased and ogled upon by countless amounts of people. From the Triple-A games to indie games, it’s all there to be demoed. As I was looking at the various games that were playable at the Washington State Convention Center in August, I discovered I could tryout, Okhlos, a game that actually stood out to me for some strange reason, so I took the time to check it out.

If I had to sum up what Okhlos is all about with three words, I’d choose “angry Greek mob”. Seriously, that’s what the game is all about – at least for the most part. When I chatted with Sebastian Gioseffi, programmer and designer of Okhlos, he described the game to be similar to Nintendo’s Pikmin, but with more action, which is pretty spot on. Nonetheless, if you must know the nitty gritty details, Okhlos starts off with you taking control of a philosopher. You gather a wide variety of different types of people (and animals) to form an angry mob and trample everything that stands in your way, literally, by simply moving your philosopher, or mob, around and having them attack or defend. It’s as simple as that.

“After my time playing Okhlos I found its straightforward and simple design to actually be quite refreshing.”

You’ll trample ancient mythological Greek creatures, and even Olympian Gods amongst other things. While you trample creatures you’ll eventually need more Greeks to aid you in your efforts, and find some you will. Heck, you can even recruit livestock. To recruit members you simply have your philosopher touch them and they’ll start marching along with you. The mob can get freakishly large, but rest assured it’s seamlessly controlled with a few joystick swivels and mere click of a button. The cool thing is, depending on the hero classes and how many units are in your mob, is that your overall strength and the available abilities that you use can differ. So if you have a bunch of warriors, your attacks against enemies will be stronger. In contrast, if you have a bunch of non-warriors, or only a handful of units, your attacks and overall resistance against enemy attacks will be weaker. Also, depending on the type of units in your mob you can have abilities to heal and whatnot as units can pick up things like meat to eat or items to attack with. 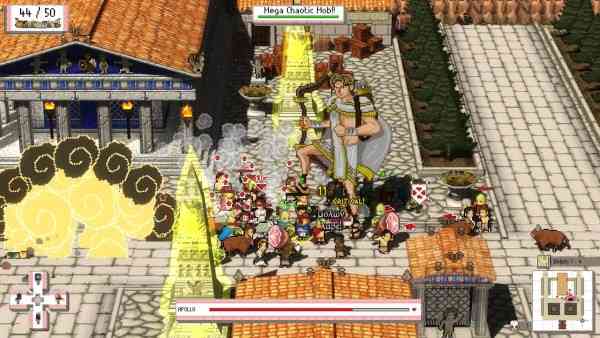 Since progressing in the game is through the levels, the goal is to defeat all the enemies in the area to unlock the next one and move on. After going through a certain amount of levels, you’ll eventually encounter a boss area where you fight an Olympian God. Of course they’re obviously more pesky and difficult to trample over unlike the creatures lingering in other levels. After completing a level (clearing an area), you gain access to a shop where you can sacrifice members of your mob to acquire special bonuses that make trampling a bit easier.

After my time playing Okhlos I found its straightforward and simple design to actually be quite refreshing. There’s a digestible story that isn’t too complex as the game really runs on the sole goal of wiping out enemies to proceed to the next level; however, there’s still a customizable core of obtaining the ideal mob consisting of particular hero types and certain amounts of units. To add to the mix, there’s even some humour to giggle over. But for me, the cherry on top of it all though is its pixelated art style that goes hand-in-hand with how the narrative and story brings the game to life. If you’ve been searching for a simple, straightforward Greek-filled world that oozes with eye-catching pixelated art, Okhlos is what you should be looking forward to.

Okhlos is scheduled for a 2016 release for PC, MAC, and Linux. 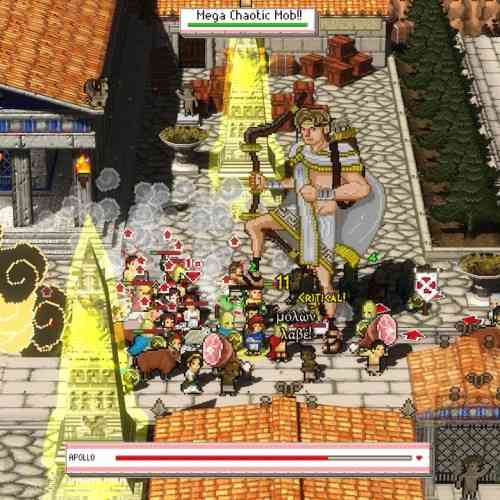 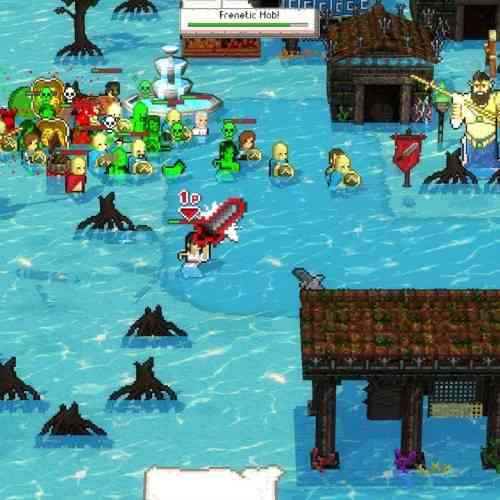 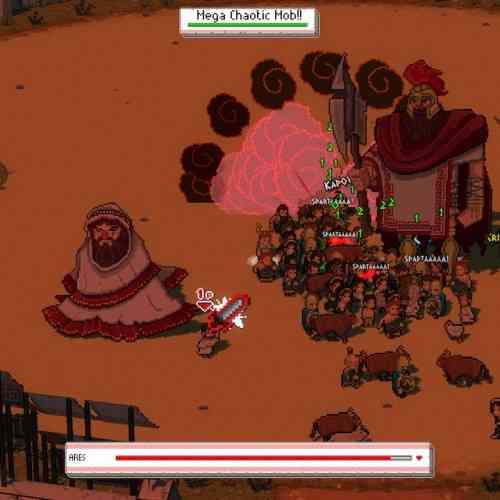 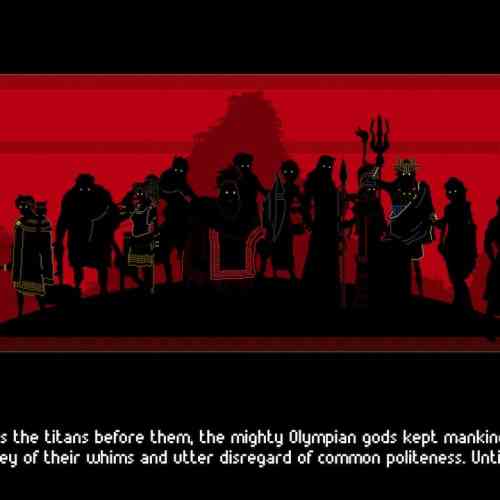