Sure, card games are cool, but what if the stakes were a little higher? Maybe you put up a couple of teeth for a game. Maybe your sanity. Maybe even your life? Inscryption blends fast-paced card battling with unsettling horror to make something truly special. I played the demo for barely an hour before I had the hooks in me. I’m confident that once this game comes out next month, everyone else will be just as ensnared. Heck, even a little time with the Steam demo will be enough to convince you.

Inscryption pits you, a starving wretch on the brink of madness, against a mysterious cabin dweller with a deck of cards. To lose is to die, so the stakes are pretty serious. But if you win, maybe you eat! Assuming you still have any teeth left. Either way, sacrifices will be required. In fact, there’s a running theme of blood being spilled for the sake of survival.

Blood and Bones For The Altar Stones

Attack cards need a blood sacrifice to be played. A wolf can’t be used without offering a couple of squirrels, for example. But they’re just cards, right? Some of these cards will talk to you, however. But they don’t disappear for good! A murdered squirrel is always back for the next match. Of course, you can also kill a card for good, in order to power up a different card. There’s a tiny alter you place them on and everything! Super normal stuff. Even you, the player, aren’t beyond absorption into the deck for future use. Be it blood, bones, or blurry photos, sacrifice and consumption are a constant presence. 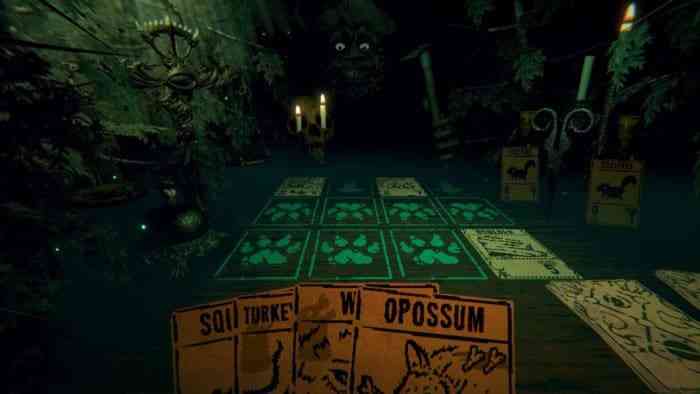 Oh and hey, remember when I mentioned teeth? If you want to tip the scales (literally) in your favor, you can yank out a molar with a pair of pliers. It’s truly distressing every time it occurs. Since a set of scales are used to determine the victor, trading blows can continue for quite some time. And hey, don’t worry about where all the other teeth are coming from. It’s totally fine, probably!

While the graphics do a decent job of conveying tone, it’s the audio that really gets in your head. Every dialogue chunk is accompanied by a low, discordant note, one that feels both piercing and distant. The music is sparse, sinister, and powerful. And let’s not forget the sounds of sacrifice, of tooth extraction, of suffering. Much like the cabin dweller himself, just enough is left to your imagination to leave you thoroughly spooked. On top of all that, the actual card battling is excellent.

Every Match A Nailbiter

Battles are fast and vicious. Without a constant balance of fodder and fangs, as it were, your in serious trouble. Truly, every turn should be marked by some sort of violent act if you want to win. Any shred of decency or restraint will only lead to your defeat. If you do fall in battle, you live on as a fresh card in the deck. Beyond that, it looks like the story is slowly revealed after every death. Otherwise you start fresh, one more victim in this sinister contest.

So far my only serious complaint is that the demo felt entirely too short. Thankfully, the full game is coming to Steam in less than a month. The rules are easy to grasp, gameplay is fast-paced, and every match keeps you fully engaged. This is to say nothing of the sinister, unsettling atmosphere. Every corner of this shadowy cabin is full of mysteries. Locked safes, cryptic scribblings, talking cards, and your deranged host all simmer with menace. I was disturbed yet intrigued, a perfect combination to keep me hooked. I’ll be waiting with baited breath for Inscryption’s proper release on October 19th. 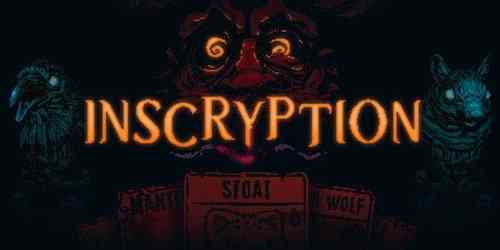