While space combat games have been around for a very long time, the genre hasn’t had a great new title in quite some time. Combing a semi-open-world design with exciting 360-degree third-person action space combat, Chorus is a reminder of just how fun and engaging it is to zip around asteroids and high-tech space stations, dogfighting with gunships, and playing cat-and-mouse with enemies.

The developers state that the title of Chorus comes from its ancient definition as a “higher state of harmony,” and metaphysics and the mystical feature prominently in the game’s story. You play as Nara, a rebel space fighter pilot and (of course) would-be hero, intent on rescuing your space-faring civilization — and achieving your own redemption — from enemy and cult leader The Prophet, who has promised to bring the universe back to order after years of decline. Your trusty and upgradeable, mystically sentient fighter is called The Forsaken, and you take on a variety of missions such as escorting friendly ships, destroying enemy installations, breaking blockades, and venturing deep into mysterious maze temples built by the Faceless, who are both enemy and ally at various times. The maze temple missions are particularly important as they give you the power to upgrade your ship and abilities. In addition to the 13-or-so hour campaign, there are numerous side missions, collectables, and caches to discover both in space and in the temples. 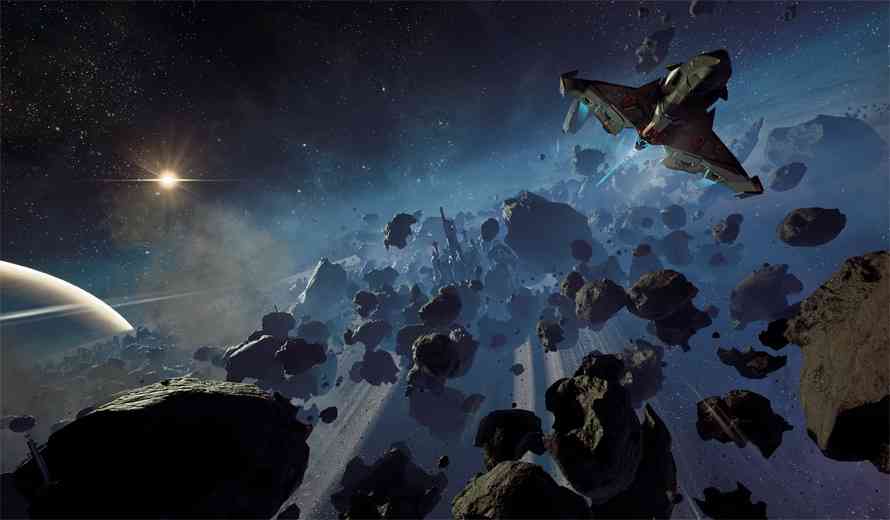 The Chorus looks gorgeous, and while its environments tend towards detritus-filled clusters of asteroids, space installations and the futuristic-looking temples, the vastness of empty space is there in the margins of every scene. The various types of spacecraft are easily identifiable and detailed, and the game’s lighting and combat effects are impressive, even at this relatively early stage. Special praise must be heaped on the fantastic musical score by Portuguese composer Pedro Macedo Camacho. It’s lyrical, dramatic and uses choral and vocal solo textures to great effect.

Of course, the most important facets of any space dogfighting game have to be the combat, controls and whether the game achieves the dizzying sense of exhilarating speed and danger that the best of the genre offers. The good news is at Chorus delivers on those fronts. The developers have leaned into an arcade feel for Chorus’ combat, rather than approaching it as a simulation, so while there is a targeting reticule, there is no lock-on mechanic. The Forsaken is generally a pleasure to control and its special abilities and upgrades give the ship even greater flexibility and power in combat. Nara’s ship is not a hulking battleship but a spry fighter that can warp short distances across space, drift through corners and turn in any direction. These are the kinds of games that should probably come with a motion sickness warning, but at least over short play sessions, it was never an issue. The developers spent considerable time tuning the camera to be at the optimal distance from The Forsaken. 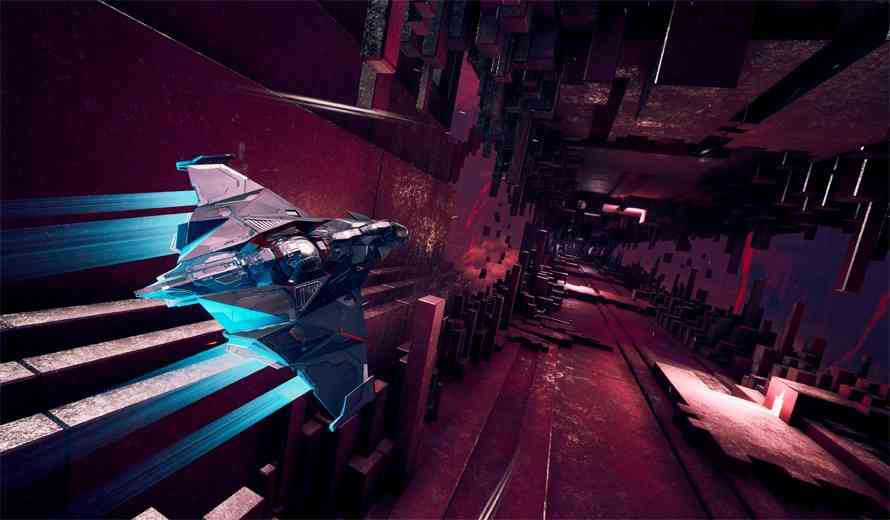 Even in the early preview build that I played, mission goals and objects of interest are pretty well identified. A typical mission might involve Nara freeing friendly ships that have been captured by pirates, escorting the ships to safety while keeping enemies under control, all the while searching the area for collectable scrap, all on a timer. There are some interesting gameplay choices along the way as well, like whether to destroy enemy ships or potentially flip them into allies. Games set in space face a challenge when it comes to level design, but the developers have done a good job of subtly signposting the seemingly open space environment in order to gently funnel the player from one objective to another, while still allowing for some freeform exploration. 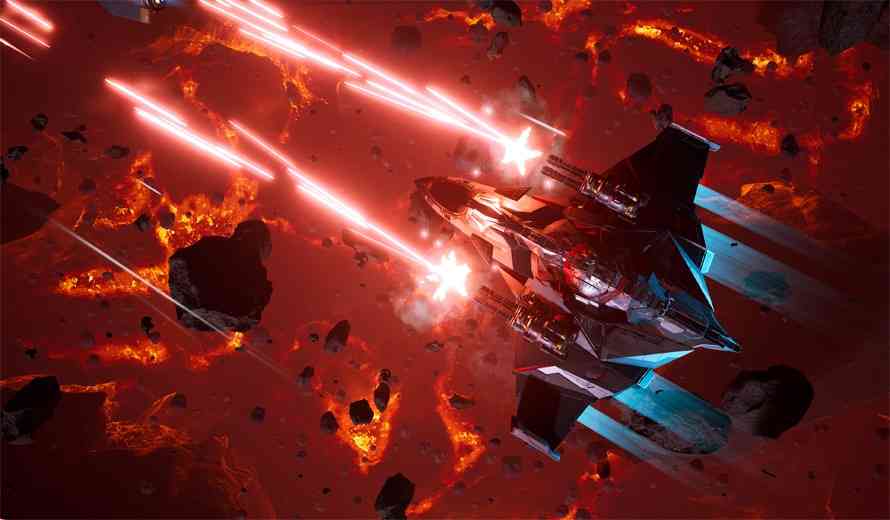 In some good ways, Chorus feels like a throwback to an earlier era. It’s a straightforward space dogfighting game with a dramatic story and campaign, and it focuses on the fun of flying an improbably fast fighter through twists and turns, where up and down are relative concepts. It (happily) eschews some of the current flavor-of-the-month mechanics, so there are no collectable cards and it isn’t a roguelike. Its story seems to be earnest and interesting and its combat is challenging and satisfying. There’s always room for a good space fighting game, and I’m looking forward to the game’s final release on December 3.

***PC code supplied by the publisher for preview***