Infernax is Dark and Brutal But Absolutely Hilarious

I don’t know about you, but when a game begins with a screen that demands you confirm you’re cool with its content, I take that as a good sign. Not only does it give me a chance to make sure I know what I’m getting myself into, it also proves that the developers know exactly what they’re working on. Judging by this preview, Infernax is the kind of game only a self-aware development studio could have created because this game has its tongue planted firmly in its cheek. As a fan of dark fantasy, sidescrollers, and comedy, I played this hoping for an experience equal parts gore and giggles. I was not disappointed.

The game follows Alcedor, a young duke who returns from the crusades to find something terrible plaguing his homeland. As soon as he jumps off the boat, he finds a crucified corpse covered in crows. The body promptly falls off the cross, stands up, and tries to maul him. Things only get worse from there. Infernax is kind of a religious horror story, but its playful tone keeps me from taking it too seriously. Besides, while praying is technically a gameplay mechanic–it’s how you unlock save points–it doesn’t always pay off in the game’s story.

This is a Pre-Alpha Build

This is a very early Alpha build originally intended to be played at live events. It offers a straightforward core gameplay loop: you have a mace, a shield, and some magic. In your way are a legion of monsters, the undead, and demons. Slay them, gather EXP and gold, and trade your loot for better items and power-ups. Playing this reminded me of classic Castlevania, especially the way the game splits its focus between strategy and all-out assaults. 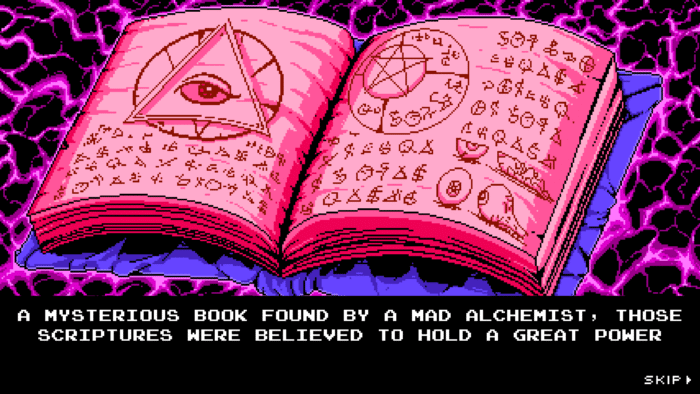 Pretty much every foe is weak to a mace to the skull, but some enemies require you to figure out how to hit them. A crawling buglike creature scampers right under your usual blows, flying enemies can dodge them, and enormous bosses may only be vulnerable in a certain area. You’ll have plenty of time to polish your skills because, in the Infernax preview build, enemies will reappear if you go back to a previously-cleared screen. There are also Metroidvania elements, by which I mean some paths are locked until you get certain abilities. Fortunately, the game is kind enough to tell you when you’re at a temporary dead end.

This preview version of Infernax allows you to face down some early challenges, buy items and spells, and talk to a number of NPCs. You can even take on bonus quests. As you gradually power-up, you’ll do more damage, be able to cast more spells, and gain more health. As a result, Infernax has a very nice sense of progression. The game is continuously throwing new and creative set-ups at you, which helps keep things moving. I particularly enjoyed the sequence where you track a huge monster by a trail of purple blood. I did notice a couple of glitches, but they’re minor issues with the restart mechanics and hitbox placement. 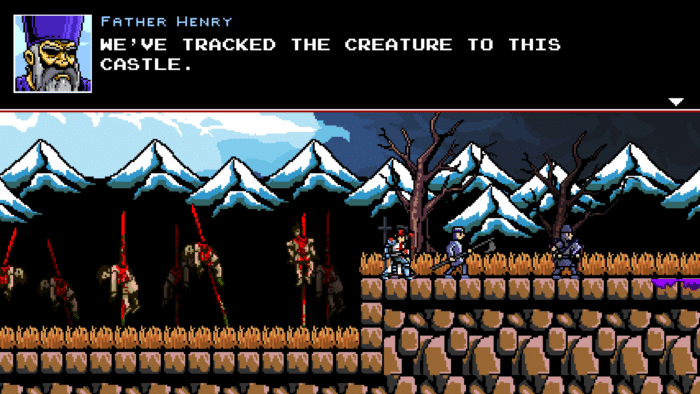 Infernax is an incredibly fun retro adventure flavored with Castlevania and Dark Souls, with over-the-top gore added for taste. Visually, It reminds me of Castlevania: Rondo of Blood. Alcedor takes more than a little inspiration from Richter Belmont. He combines the brooding good looks of Symphony of the Night-era Richter with Rondo of Blood-era Richter’s rugged anime action hero presentation. Some of the monster designs could be taken straight out of a more comedic Bloodborne. The first real boss is a mammoth, skinless beast with a mask of bone, exposed guts, and corpses impaled on a row of spines along its back. It also kinda resembles a plucked turkey you’d buy at the supermarket. I found myself giggling while I struggled to dodge its fire breath and rampaging hooves. 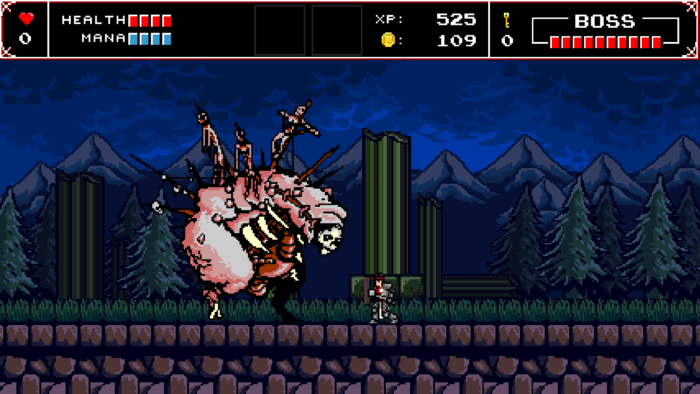 The game technically offers both Casual and Hardcore difficulties, because upon death you get the option to pick between a Casual or Hardcore Restart. Pick the Casual Restart and you get to keep your progress—but you can never pick Hardcore Restart again. Meanwhile, picking the Hardcore Restart will send you back to your last save point, but at least you get to hold your head high. The overall difficulty of Infernax doesn’t change, though.

You can skip some boss fights entirely by killing victims of possession before they transform, which is neat, especially since the game implies this shortcut will have consequences for you down the line. This Infernax preview offers a number of branching options as you navigate the game’s hellish environment. Just be careful: the choices you make will have consequences for you and the tormented survivors of this blighted land. 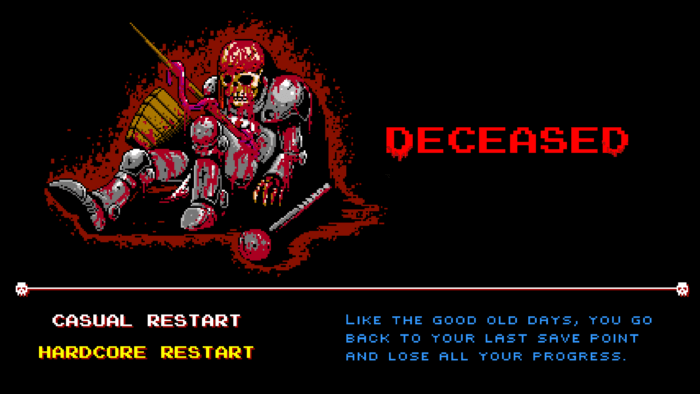 Fans of Castlevania, dark and brutal fantasy games, and retro sidescrollers will probably adore Infernax. Just be aware of what you’re getting into. This game is ridiculously gory and not afraid to show it.

Infernax Is Dark and Brutal But Absolutely Hilarious
Next Crossfire: Legion Nails That Classic RTS Vibe and Looks Sharp
Previous Breakwaters Embarks On a Perilous Voyage With Excellent Water Physics