Gigantic Hands-On Preview – A Welcome Addition to the MOBA Scene

It’s almost embarrassing that for all the untold riches poured into polygons, advertisements or Kevin Spacey, that sixteen million dollars and three years of development is all it took for Riot Games to out-profit almost everybody. The success of League of Legends, Dota 2, and SMITE are proof that analysts of the industry aren’t capable of embracing a trend until it’s been set by someone else. Since League of Legends release, MOBA’s have been crafted out of everything and everybody from Electronic Arts to Blizzard, and even CD Projekt Red, although they’d prefer it if you don’t remember that. Perfect World Entertainment has been successful in multiple Free to Play MMOs and is now the latest to throw a pile of money into a MOBA, Gigantic, from independent developer, Motiga.

Of all competition to use as a reference, SMITE comes to mind. Although, the similarities between the two games sort of ends with their third person camera. Hi-Rez’s game is very much a traditional MOBA with lanes and creeps; Gigantic doesn’t have either. Gigantic is a selection of familiar ingredients used to make a new recipe. Both teams have a Giant they serve, with every match ending in a clash between them. The goal of each team at the start is to battle their way through until the enemy Giant can be wounded, resulting in the clash favoring one over the other.

“Gigantic is a selection of familiar ingredients used to make a new recipe.”

Instead of lanes, there are control points that teams fight over; when controlled by said team, anyone in it can select one out of three creatures to spawn onto the control point. Creature’s specialties can range from healing everyone within a radius or marking enemies in the distance. As you control points, earn assists, and kill enemies, you’re able to level up selected abilities from a tree that always gives you two choices. Characters range from sword-wielding sprinters made for surprise attacks, potion-wielding support, and gun-toting aggressors. Kill times aren’t that of an action game, but something about the hit-registration and satisfaction of the abilities, makes this game resemble one instead of the usual MOBA.

Maps aren’t enormous, but due to the lack of creeps, the battlefield is more than occupied by creatures and human players. Gigantic’s greatest strength is its speed. Matches never drag, and even heavier characters move at a brisk pace. Battles are quick and tense and almost feel like a game of chicken, where you and the enemy dare each other into continuing the fight to see who wins instead of running to the nearest health station. 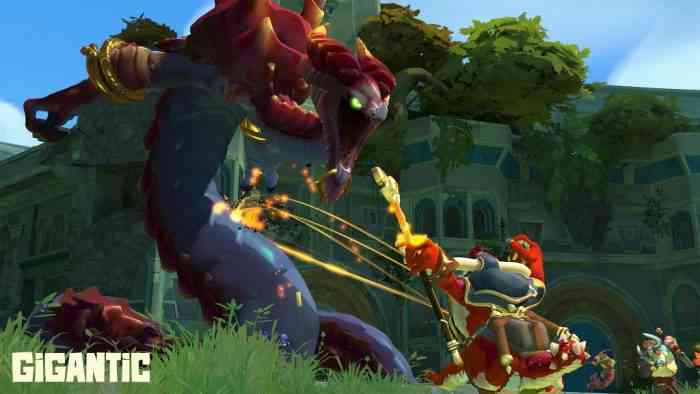 It only helps that visual and audio design are on point. Gigantic’s cocktail of distinct colors and beautiful cell shading makes for an elegant style that’s unobtrusive without being bland. Sound design is just as clean and as efficient and more than gets the job done.

Common in games built to satisfy an executive’s reactionary behavior towards a particular trend, is how uninspired they are. Far too many MOBA’s have been produced with little more than gimmicks, in a vain attempt to mask its shallow qualities. Gigantic is looking to be anything but. Motiga’s addition to the MOBA gaming scene is elegant, fast, and satisfying. While it may lack an effective tutorial, quick matchmaking, or large selections of characters in its current state, Gigantic’s gameplay is appealing enough to MOBA, and action-game fans to be worth the download when available. Whether or not the community will embrace it for the long term remains to be seen, but based on the quality of its gameplay, I believe as a complete novice to the MOBA genre that it deserves it. 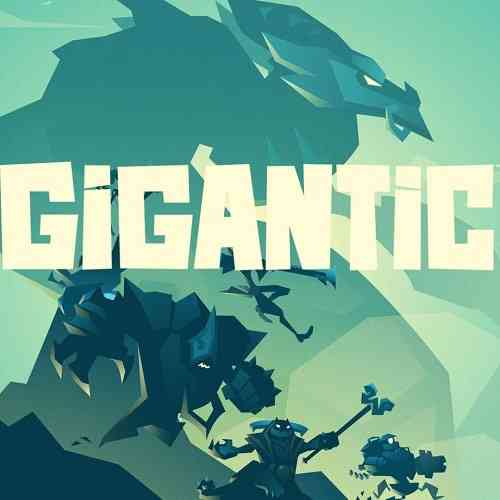