Echo Arena, the virtual reality esport spin-off of Ready At Dawn’s Lone Echo, is the “battle room” from Ender’s Game with less shooting, more punching and a hell of a lot of laughter. It’s a 4 vs 4 competitive title that plays a little like rugby set in zero-gravity and while it took me some time to get a handle on the controls, my hands-on with Echo Arena proved to be one of the most memorable gaming experiences I had at E3 2017. The best news? Echo Arena will be free for all Oculus Rift owners.

The demo I played tasked my team and I with scoring more points than our opponents by throwing a ball through a goal ring in the defender’s zone. But first, we had to navigate the player lobby, create a game plan, and not so gracefully enter the arena as a team. In this instance, I found it easiest to just grab the shoulder of a teammate and bum a lift. Playing Echo Arena with an Oculus Touch setup, I was blown away by how natural floating around and interacting with other players felt. After some quick but very necessary coaching from my team captain, I was on my way to nearly positively contributing to my team. Teamwork is of utmost importance if wanting to truly dominate and even with our short session, my team learned to communicate and pass the ball better (sort of) as we tried to claw back from an embarrassing 6 – 2 whooping. There was a nice ebb and flow to the matches, with good defense clearly being just as important as a productive offense.

Echo Arena’s controls are actually pretty intuitive, striking that balance of being easy to learn but tough to master. To use your jet-air propulsion, simply point your hands in the direction you want to move and hit a face button. To stop, click down on the right stick. Grabbing and throwing the ball is as easy as reaching out and manipulating the triggers to catch and release. You can quickly turn around by flicking the right stick as well, so there’s no worry of getting tangled in cable and throwing a punch at your opponents helmet is achieved exactly as it is in real life, make a fist and swing away. You can even launch yourself off walls and other stationary obstacles around the arena and It all feels incredible in action. 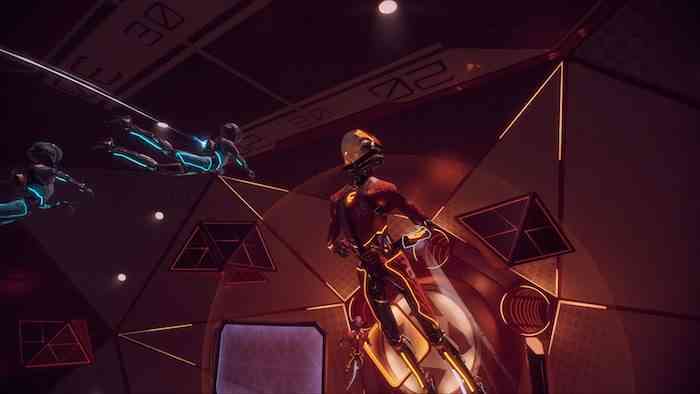 The sensation of zero-gravity in Echo Arena is so convincing that my legs felt a little like jello on more than one occasion and it was in these hyper-immersive moments that the game’s true fun shined through. Thanks to the realistically floaty movement, I was constantly and quite comically finding myself inches away from the ball and unable to reach out and grab it on time, slowly drifting by the action and feeling useless as my team shared a giggle with — or more accurately, at me. I was in stitches for the entire 10-minute match but I can imagine some very intense games going down with 8 players that know what they’re doing, passing the ball in a rhythmic fashion and using the environment to their advantage.

There’s something indescribably satisfying about Echo Arena and I think those who give it a chance will be happy they did. It looks great, feels awesome to play and most importantly, it’s a hell of a lot of fun. There’s potential here for Echo Arena to be a big player in the VR esport space if Ready At Dawn and Intel, are committed to long-term support, building a passionate community and listening to and implementing player feedback. For now, let’s just cross our fingers that Echo Arena lives up to its potential. It needs to be as fun to watch as it is to play and the verdict is still out on that one. 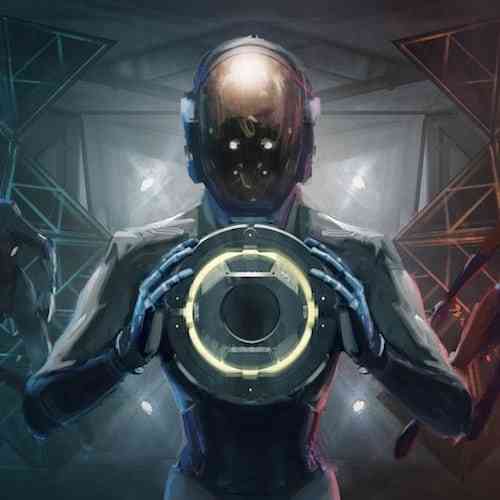