Sekiro: Shadows Die Twice is A Rad Evolution of the Soulslike Formula

Sekiro: Shadows Die Twice has officially been revealed, and while it isn’t the Bloodborne sequel many were hoping for, (myself included) it’s bringing many new elements to the FromSoftware formula we know and love. Having witnessed an extended look at the game behind closed doors led by Yasuhiro Kitao and Robert Conkey, what little disappointment I’d had has entirely subsided. FromSoftware has evolved their Soulslike experience in some excellent ways, and I can’t wait to get my hands on the game early next year.

Sekiro’s a story of vengeance and redemption. Based in late 1500’s Sengoku Japan, you inhabit the role of a warrior serving under a young lord belonging to an ancient bloodline. At the start of the game, the boy’s kidnapped by your arch rival who manages to disrespectfully remove your arm with a sword while he’s at it. You later awaken with an equipped Shinobi Prosthetic arm and an altered sense of purpose. Fueled by vengeance, you embark on a journey to rescue the young lord and end your nemesis.

Deeply saturated and elegantly detailed, FromSoftware’s depiction of ancient Japan differs significantly from the grim worlds featured in their previous titles. From lush foliage to massive castles, the team is impressively depicting the natural beauty and architecture from the era. Contrasting the gorgeous environments are the harrowing enemies you encounter throughout your journey, maintaining the dark nature of the Soul’s series. Though FromSoftware’s developing a re-imagined version of feudal Japan, it does feature true historical elements, such as the civil war that ravaged the land during the era. 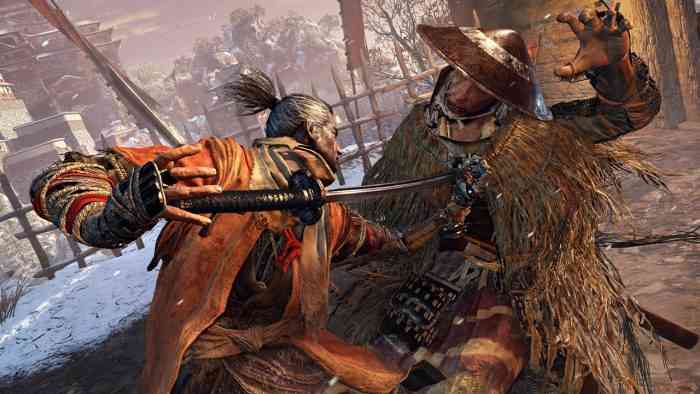 Sekiro is a purely single-player experience and will feature no multiplayer whatsoever. Naturally, that may come as a concern to some players, as the tension of dealing with an invader was an essential aspect of their previous games. However, FromSoftware’s focus on single-player has provided them an opportunity to delve deeper into storytelling and progression. The world plays a profound role in your progress, as exploration leads you to hidden enemies, unique items, and new characters. The developers have shared that instead of focusing on moving from one boss to the next, Sekiro’s all about discovering multiple paths that lead you to specific upgrades.

That evolution of progression reflects your character who’s already established at the beginning of the game, enabling the developers to focus on a single class and explore it more in-depth. Their focus is evident in the familiar yet wildly new approach to gameplay. If you’ve seen the official trailer, you’re aware of your character’s grappling ability. Sekiro’s world features a great deal of verticality, and the Shinobi prosthetic enables you to traverse the landscape. Grappling to and from specific points assists you in reaching certain areas and getting the drop on enemies. Stealthily bringing down your adversaries can alleviate particular battles, but Sekiro ultimately remains a FromSoftware action game through and through. Time it right and the grappling ability proves useful in combat encounters as well.

Beyond the grappling ability lies a myriad of attachable tools that can be upgraded over the course of the game. The developers aren’t ready to announce how many can be discovered, but they did show off a gnarly axe that’s primarily intended for heavy attacks and smashing through enemy shields. Upon taking a closer look at the trailer, there appears to be a gasoline tool that enables you to ignite your katana. 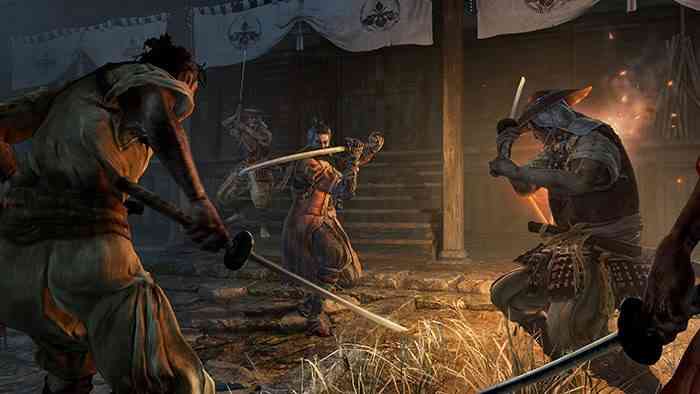 Speaking of which, Sekiro’s combat is inspired by the tension of clashing swords and maintaining good posture. Managing your stamina remains, but controlling your posture adds additional stress to each encounter. No longer can you indefinitely block incoming attacks. To maintain your posture, you have to block every attack at the right moment. Should you fail to do so, you expose yourself to what the developers call a “Shinobi Death Blow.” I’m sure you can imagine the consequences of said attack. Your goal is to do just that to your enemies, and attacking appropriately with your katana and tools while maintaining your posture determines your success.

Interestingly, Sekiro features color-coded notifications that appear during combat to inform you of how to deal with incoming attacks; such as blocking and dodging. Their inclusion certainly undermines the hardcore nature of FromSoftware’s titles, and whether or not the notifications are mandatory remains unknown. Additionally, the subtitle “Shadows Die Twice” plays a role in combat. At one point, the developer playing through the demo intentionally died, only to resurrect and finish off the enemy who’d previously slain him. FromSoftware claims that resurrecting is entirely up to the player, as committing to death and resurrecting both have their pros and cons. They weren’t specific on what they are or how many times you can resurrect, but I believe the title answers that one for us. 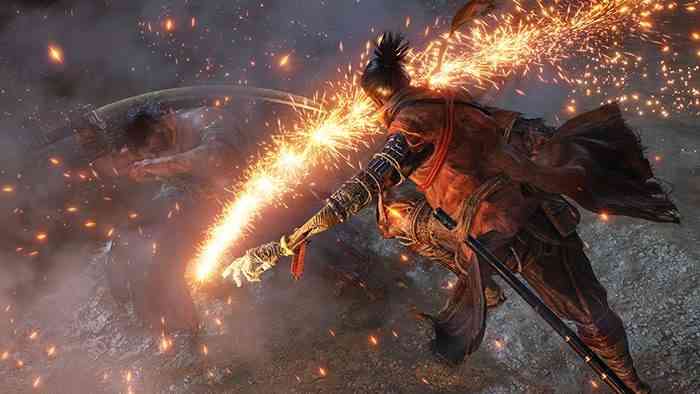 By the end of the demo, I bore witness to a variety of grotesque monsters, a ferocious boss encounter, and a colossal snake. Sekiro appears to be an evolution of everything I love about the Souls series and Bloodborne. Brutal combat remains with a twist, the gorgeous world contrasts with gruesome enemies and dark history, and the Shinobi Prosthetic adds a variety of new mechanics that are fresh for From Software’s formula. Comparisons to Team Ninja’s Nioh are inevitable, but FromSoftware’s work undeniably inspired Nioh itself, and Sekiro brings several new elements to the experience. Sekiro: Shadows Die Twice is coming to PlayStation 4, Xbox One, and PC in early 2019. For more on Sekiro and all things E3 2018, keep it locked on COGconnected. 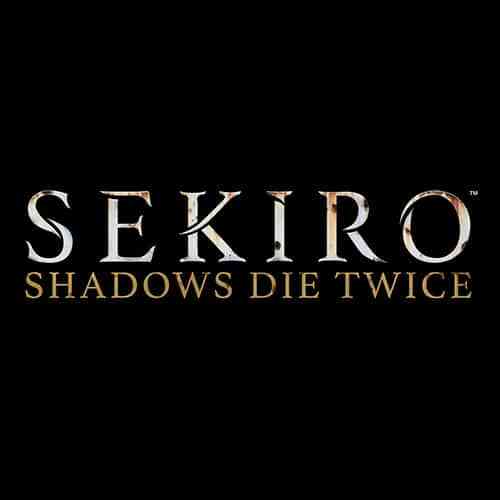