In CryoFall, you play some poor shmuck who has found himself on a forgotten planet. Through skills and research, you must build your base and advance yourself from sticks and stones into a power armor-wearing, bullet-slinging, force of nature. This game made me feel like I was a Rimworld colonist, especially since there is a chance everyone you meet will try to kill you!

Crabs Are Truly The Most Dangerous Game

Starting up in the North American server I realized I was a bit behind, but a quick walk gave me space to set up shop. (As a quick aside, there are custom servers.) Some of the gathering at the start was a little tedious but I was able to move past that quickly. The start of the game consists of getting the basics down and completing the tutorial missions. Once you figure out how to not die, you start on upgrading your gear and making your base. Something I thought was nice is that in the build menu, when you place an item to be built, it only places the blueprint and then you must add the materials to create the structure. This let me plan my base out without the full commitment, but even so, before completing a structure you can take the materials you have invested into it out if you have more pressing concerns. There are also skills you can unlock by performing actions such as running or chopping wood: for example, I got my first skill while running for my life from a crab. Not my proudest moment, but I digress. The more you perform actions and build skills, the faster you can execute an activity.

The game moves through three stages. The first stage is gathering materials by hand to make simple tools and getting enough food to survive, because there are food and water meters that you will have to look after if you want to live. Fortunately, this alien planet comes equipped with water plants that grow berries filled with safe water. The second stage is making this world your home. Once you have found a suitable area of land to call your own, you must build defenses and tool stations. This will allow you to not only unlock better equipment, but to also have an area to farm food and water allowing you to spend less time on not dying of hunger or thirst. The final stage is late game. This is when you have established your base and finished most of the research trees. Now is the time to truly focus on acquiring high tier equipment, adventuring, or raiding. 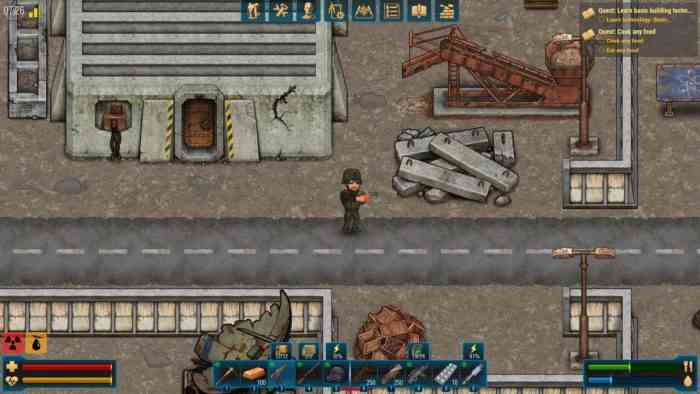 CryoFall is PVP, and knowing this, I enlisted some friends. I highly recommend either grabbing some friends or making some in-game, as our combined progress was much faster than anything I could do on my own. While the game is PVP and I was occasionally killed by other players, I did not find the server to be very murder-happy. In fact, it seemed that other players were quick to offer help to the newer players on the server. The other benefit of making friends is safety. Your body does not disappear when you log off, and you are not safe in your own base unless you have your claimed land up and running. The land claim is a great mechanic. Your area starts out small and gets bigger as you upgrade. This stops people from building on your land or deconstructing the stuff you have built unless you let them. Even if the enemy breaches your base while you are away, the land claim will keep your stuff safe for a limited time based on how far you have upgraded it. I think this strikes a happy balance where you can still raid other people, but you are less likely to get rekt while AFK. The game is still early access, so the NA server wasn’t exactly crowded, but I had no difficulty finding other players. 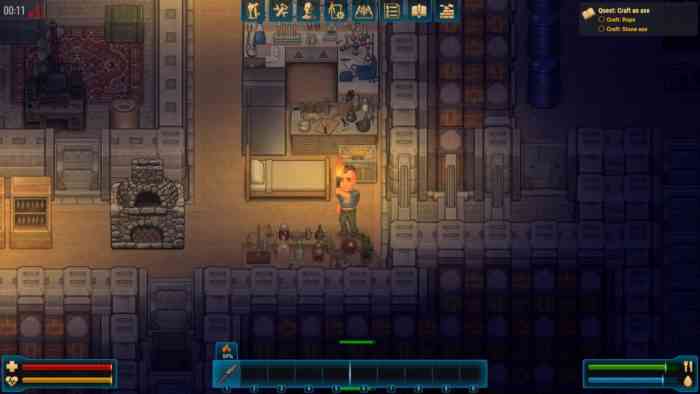 This game does what it sets out to do, but it just needs some polish. If the developers made the initial set-up a little smoother and maybe added an area of unclaimable wasteland to spread people out some more it would be nice, but that is more my personal take. As it stands, I think the time in early access will give the devs the feedback they need as most of what the game wants to be is already there. I think most of the work the devs will have to do is just balancing as they deal with more and more players. All in all, CryoFall was a fun sandbox RPG and I am interested to see where the developers will take it.