Deck of Ashes Preview – Solid Foundation Yet Has Room to Grow

With a nifty original art style, Deck of Ashes is starting from a strong position. I know I’m not the only one who obsessed over the art on Magic: The Gathering cards. Style is crucial to collectible card games, and Deck of Ashes manages to feel like its own worthy entity in a genre crowded with Witchers and Elder Scrolls and Warcrafts. With style like that, it has a chance to succeed or fail on its own merits.

It also comes out at a time when people are reconsidering card games. In the past the only way you could get me to play a digital version of a collectible card game was to hide it inside a JRPG. I played my share of Triple Triad in Final Fantasy VIII. I wasted no small number of hours playing Xenocard in Xenosaga Episode I (remember that?). Now I rock out to Slay the Spire every week, and try my hand at digital adaptations of tabletop games like Magic and Sentinels of the Multiverse. Card games are cool somehow.

Deck of Ashes has all the bones of a cool card game. It’s hero based, and each hero has their own deck. You fight monsters as you wander a procedurally generated map. All the while you’ve got to manage various resources. You’ve got gold to spend at shops, ashes to craft new cards, and resting stones which can be used to heal between battle or refresh your discarded cards. That last point is key. When you run out of cards, you can either take a bad hit to shuffle your discard pile back into your deck, or refresh one card at a time, using the same resource you’d use to restore HP. That creates a clever management dynamic that keeps the tension up in the battles and between them.

The Power Lies in the Cards

Your starting character is Lucia the Pyromancer. Her starting cards are fireballs and big fireballs. She deals a lot of damage. Which is cool. As you add cards to her deck, you can start to see strategies emerging. Some cards give you bonuses as long as they remain in her hand. Some cards are powerful, but force you to discard a card. Some cards give you a bonus if you discard them. With luck and planning, you can combo those three to blast an epic torrent of flame. Right on! That’s what these sorts of games are all about.

Part of the fantasy in card games though, exists in the player’s imagination. This is achieved through card art, animations, sound effects, even the names on the card. Why does this one card force a player to discard another? Is it an exhausting spell that requires concentration? Why does discarding a card activate an ability? Does this represent a mage’s blood sacrifice? In terms of creating these emergent narratives, Deck of Ashes is only somewhat successful. The art style is cool, but sometimes the game presents you with sparse information that doesn’t quite put you in the moment. At these times it feels like a good card game like poker or rummy. But it doesn’t feel like a mage battling a trio of demons, and that’s kind of what it’s going for.

There’s another big problem with Deck of Ashes. It feels very, very early access. The review copy I was given is a demo. Lucia? She was the only character. There’s another dude being released soon. That’s all fine, I enjoy watching early access games come together. But right now, being so sparse on content, it’s a bit tough to predict how successful the other characters will be. It’s easy to see them using the same mechanics and just replacing fireballs with sword swings or whatever. But there’s a lot of room for much needed complexity and there’s no reason AYGames would be incapable of adding tons of fascinating content.

That goes for the other existing mechanics too. There allegedly 100+ cards for each character, but I haven’t even gotten close to that number yet. I’ve seen a few different monster types, but I’d love to see a lot more, especially monsters that make me rethink my whole strategy. The camp mechanics are neat and I like the campaign, but I don’t know how long the story is going to keep my attention.

At its core though, its most foundational level, the bones of this game are sound. The core gameplay loop is a blast, the resource management on point, it feels good to play. Slay the Spire has three characters. League of Legends has 143. If Deck of Ashes adds enough content to be somewhere between those two numbers, it will be a significant addition to the burgeoning deckbuilding genre. The developers are saying all the right things, the game is fundamentally good. For now, we wait. This is exactly the kind of game that can thrive in early access, but only time will tell if the final version fulfills the excellent potential. 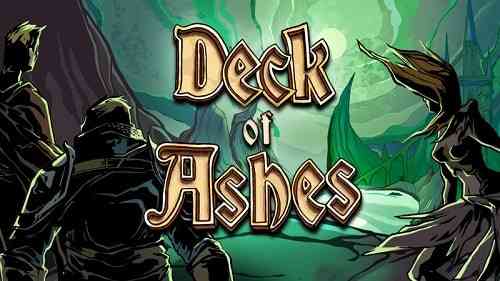