There have been a lot of games released in the last few years hoping to capitalize on the bottomless well of 80’s nostalgia my age group represents. While many games have captured the synth-based elements or the visual aesthetic, there hasn’t been a title that effectively catches hold of the complete zeitgeist that decade embodies. At least, not until Crossing Souls. Fourattic has more or less bottled that vibe, pouring the hot pink elixir into a singular gaming experience that functions like a pixelated time machine. In other words, Crossing Souls is the 80’s, perhaps more so than any game you’ve played before.

The cast consists of a squad of feisty teenagers stuck in a tiny town in California. The youngest member of your crew makes a gruesome discovery in the woods which kick-starts a series of horrible events. Little time is wasted before the stakes are raised, with all-out war looming like a specter in the background. So far the story carries all the hallmarks of a proper 80’s movie, like something directed by Steven Spielberg. You’ve got dead bodies, magical artifacts, shadowy government organizations and hordes of henchmen.

“I can’t overstate the pervasive power of the aesthetic at work here.”

I can’t overstate the pervasive power of the aesthetic at work here. More than just music, Easter eggs and visual touches, Crossing Souls takes all of these things and assembles a complete slice of a lost decade. Whereas other games might use synth to evoke the right time period, this game uses music to call up every shade of bygone summer blockbusters. The Spielberg reference I made was not made lightly. The orchestral swells and dips when traversing suburb streets and strange ruins all feel like perfect snapshots of The Goonies, Indiana Jones and E.T. The small-town setting, in juxtaposition with the villains’ design motif, has a serious first-act feel made to evoke those same distant cinematic adventures. The pixel graphics are perfect for conveying the bygone era. In fact, they serve their purpose perfectly, serving only to highlight the other aspects of the aesthetic without stealing the spotlight. It feels like more detailed sprites would only distract from the visual message being conveyed. 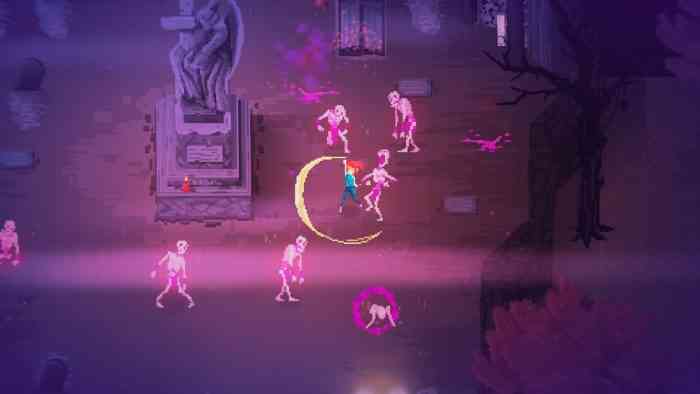 Much like its many cinematic influences, Crossing Souls is redolent with action-adventure goodness. Rather than weigh you down with stats, levels and other systems, combat and exploration are handled with immediacy and breathless pacing. You climb, leap, smash, shove and blast your way through every stage. On top of that, every boss fight works to distinguish itself from all the others. One battle has you bouncing back projectiles, while another one utilizes rhythmic memorization. You and your comrades are also pleasantly distinct from one another. Each member of your crew serves a particular purpose. Not everyone can jump, for example. This means you’ll be swapping party members on the fly, a function which is thankfully made painless. One of the boss fights even has you switching to three different characters in a matter of seconds. Like the rest of the game, switching characters is crazy fast. Although you have to do it often, you never feel weighed down by doing so.

“Combat and exploration are handled with immediacy and breathless pacing.”

My only serious grievance is with the occasional spikes in difficulty. The upside is that they don’t come along very often. The downside is that they totally derail you when they do. My playthrough ground to a halt during a chase scene a short way into the game. Everything up to that point felt like climbing a mountain, a slow and steady incline that rewarded one’s perseverance. This chase scene turned that mountain into a wall. I failed at least forty times. Halfway through I got frustrated and started writing down the steps in an attempt to memorize the route. I still failed over and over again, but at least it felt like I was making some sort of progress. I’m filled with dread at the thought of what other sudden spikes await me further on in the game.

Overall, I’m really looking forward to Crossing Souls. While the challenge does take a sudden spike every once in a while, the aesthetic presentation is peerless in its execution. I can think of no other game that works harder at capturing the 80’s. So many elements of the visuals, the music and the writing all feel like some long-lost Spielberg family blockbuster just now seeing the light of day. Everything I’ve seen so far is breathless, potent and packed with clever nods to a bygone era. You’re definitely going to want an eye on this one when it comes out later this month. 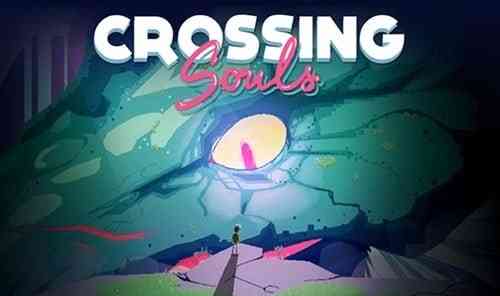