A Dance of Blades

The overwhelming success of Elden Ring does not really come as a surprise to many. People are huge fans of souls-like games. Especially when it comes to FromSoftware’s classic formula. The appeal of the games comes from the challenging gameplay, the beautiful and in-depth worlds, and of course the combat.

Souls-like games often pride themselves on difficult but fluid combat. A combination of dodging, parrying, and finding the right moments to strike. Essentially, the games turn their combat into more of a dance. A dance where the player learns the steps as the fight goes on. Slowly, dodging and finding opportunities to strike. Now, what if a game took this formula and cranked up the speed, ferocity, and movesets? 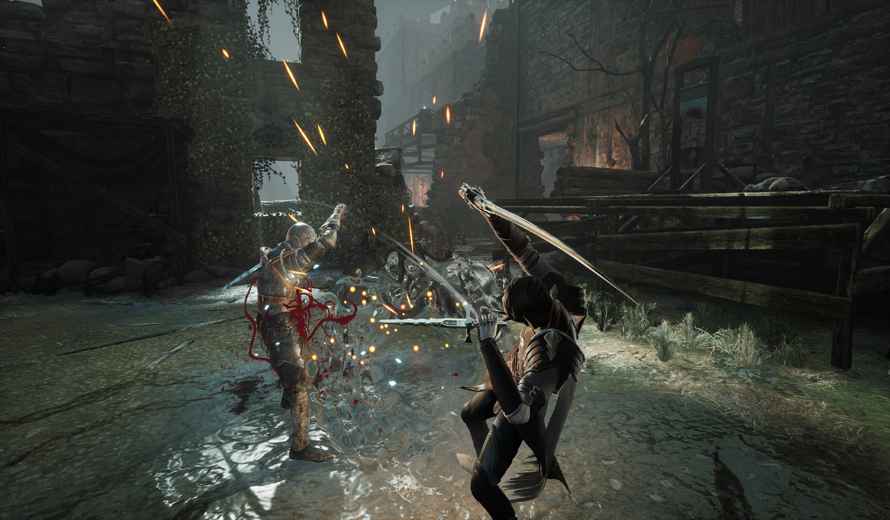 One developer, OverBorder Studio did exactly this with their own souls-like: Thymesia. And the change to the classic formula was met with a 9/10 review on Steam. The game introduces players to a new style of souls-like, one of fast-paced and cinematic combat. It provides players with the same feelings of challenge and reward for when you final get the steps of the dance down. When you learn to play both the lead and the follower, timing the perfect moments to attack and tear the life from your enemy. Using their powers against them.

The team at OverBorder was very keen on explaining where they got their roots stating, in an email interview, “We are big fans of From Software’s titles, and we won’t deny that Thymesia is heavily inspired by our love for the souls genre and its games.”

Yet from these initial inspirations, Thymesia branches out. It becomes something familiar yet different. It aims to capture a different kind of combat and make it into an art form.

The main character of Thymesia, “Corvus”, is a mysterious being. The silent type. He offers very little in terms of his own personality traits. So, of course, OverBorder needed another way to delve into his character. What better way than through combat. Functioning as the most diverse, and most important, mechanic in the game combat offers a way to tell Corvus’ story.

He is, essentially, an experiment. He is fast, strong, and possesses inherent magical properties. OverBorder uses these traits to help give him an identity in combat. By using his sabre and claw to reflect his style of fighting, and by extension, what makes Corvus, Corvus, Thymesia introduces a deeper element to its combat. Instead of being a straight jack-of-all-trades, players are able to tell that Corvus has had training with a sabre. It is the weapon he is most comfortable with and this is reflected in the way he fights.

The combat was meant to feel challenging, yet it was also designed with Corvus in mind. The team explains that, “Our goal was really simple, we wanted to create a combat system that is easy to understand but hard to master. We also wanted it to feel fluid and satisfying, but with a twist, so we delved into our main character’s identity, and used that to help inform the combat.”

Importantly, the game’s combat also seemingly plays a role in the design of the world. Enemies that Corvus faces all come with two different health bars. Of course, this ensures players learn to use both sabre and claw interchangeably. Yet, this essential part of Thymesia’s combat stems from elsewhere.

“Nothing really clicked until we came up with the idea of having two health bars- which was inspired by bloodletting treatment from the medieval times. We then started experimenting with two different attacks, the saber and the claw.”

Thymesia’s combat is deliberately souls-like. It comes with the territory. Players will recognize the basics. Dodging, parrying, and finding openings will all be par-for-the-course for the average souls player. However, this is where the similarities end. Thymesia delivers combat that is fast, visceral, and cinematic. Of course, this is specific to the goal the developers had in mind.

“We wanted Thymesia to bridge the gap between souls-likes, hack-and-slash, and traditional action RPGs. We hope that when people give it a go, they will see Thymesia is a very different souls-like experience.” Says the team behind the game. 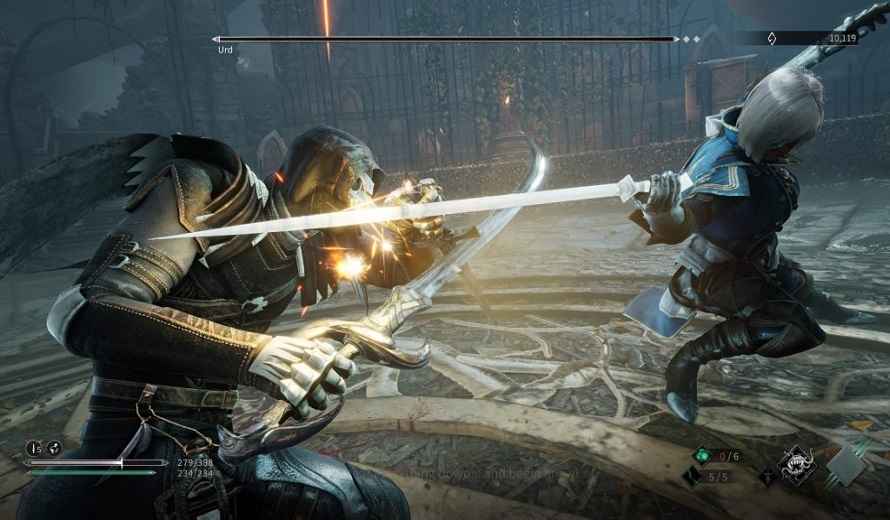 OverBorder Studio made sure that every impact would be felt. Each action needed to feel reactive, every weapon and tool had to fit the feeling of the combat. It is integral to the combat that players feel comfortable using both sabre and claw. Of course the use of dual health bars, and deliberate hack-and-slash fights makes Thymesia feel like Devil May Cry meets Dark Souls. The combat becomes the dance that players expect. Yet it’s distinct, it’s artistic and full of energy where players can feel the influences of other genres.

“On top of our love for all things Souls-like, the team are fans of a wide range of different games and genres, and inspiration came from everything we’ve played, which includes action-adventure games, RPG’s, and of course all the souls games.”

Thymesia aims to deliver a combat system that both uses and builds upon the souls-like formula. It captures the the importance of the fluid patterns of souls-like combat, while combining it with the hack-and-slash feeling of action RPGs. Deliberate choices in gameplay mechanics also greatly influence how the game’s combat style turns into more of an experience.

Cinematic attacks with claw and sabre, acrobatic abilities, and powerful magics all work in accordance. They turn the fighting from a repetitive slog into a fast, immersive experience. Importantly, players will feel like an experiment. It helps one become, Corvus. The combat of souls-likes is a dance. Thymesia takes that dance, speeds up the tempo, and throws in a whole lot of new moves. 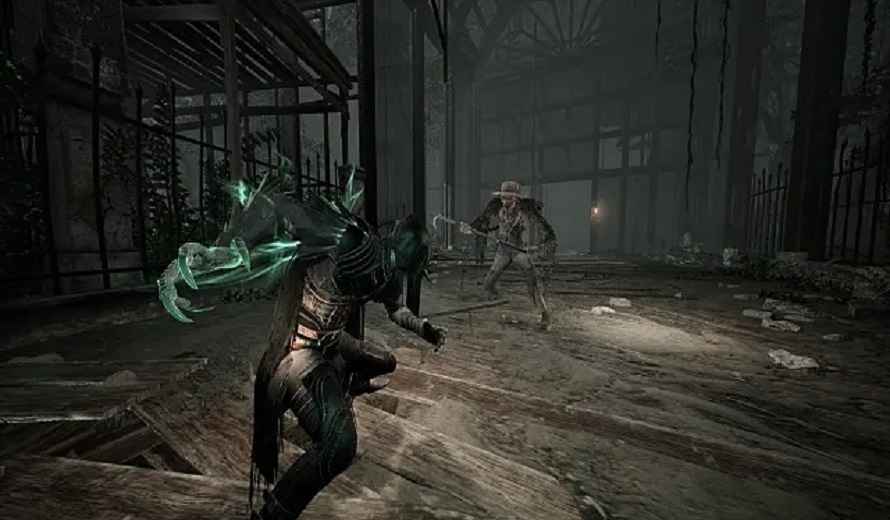 Soulstice Review – Hey, Soul Sister
Next What Will the Story of the New Marvel WWII Game Be?
Previous What The Hell Happened To BioWare?