Naughty Dog’s The Last of Us Part 2 is not a fun game. This doesn’t mean the gameplay isn’t fantastic, or engaging, because it is. However, the game is heavy. It addresses a lot of dark concepts and it tackles them in a way that is not cozy, sugarcoated, or palatable. This is the point. The Last of Us 2 takes players on an emotionally difficult journey through possibly the worst of what humanity has to offer: an apocalyptic world full of pain, grief, and cycles of hurt. 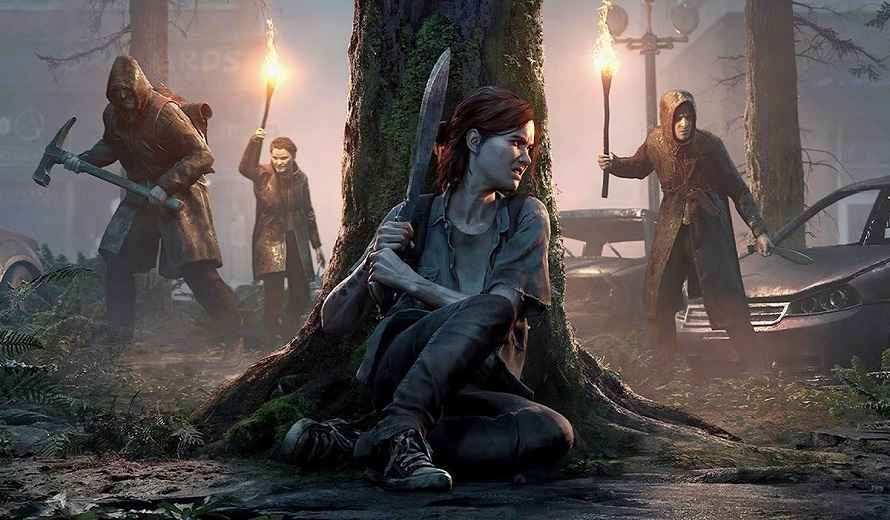 Importantly, this is what makes the game such a masterpiece. Every dark turn, every brutal showcase of what human beings are capable of, is a story about humanity. At its very core, the game is about being human. And it proves it. The Last of Us 2 evokes many dark emotions through its gameplay, and it also demonstrates the key concept of “hurt people, hurt people” and it does so without pulling any punches. Above all though the game uses its characters to influence the player, and to an exceptional degree.

Without further ado lets talk about The Last of Us 2 and how it’s truly a story about being a human being. Of course, there will be spoilers below so proceed with caution.

Vengeance, Brutality, and Cycles of Pain

To say that this sentiment is the driving motivation behind both main characters, Ellie and Abby, in The Last of Us 2 would be an understatement. Abby seeks out and murderers Joel as an act of vengeance for Joel’s killing of her own father. In return Ellie becomes a nightmare, a shadow amidst the ruins of Seattle, stalking and killing Abby’s friends. Of course, one could argue that this cycle of revenge and violence can be boiled down to simple tribalism. However, it goes so much deeper than that.

Ellie takes it upon herself to exact vengeance on Abby because she doesn’t know what else to do. She has no other way to resolve her grief at Joel’s loss, than violence. She grew up in a world where that is all she knew. And the same can be said of Abby herself. Both women see violence as the answer to the question of what will resolve their grief. Yet, what they both fail to realize is that their acts of violence only perpetuate more grief. 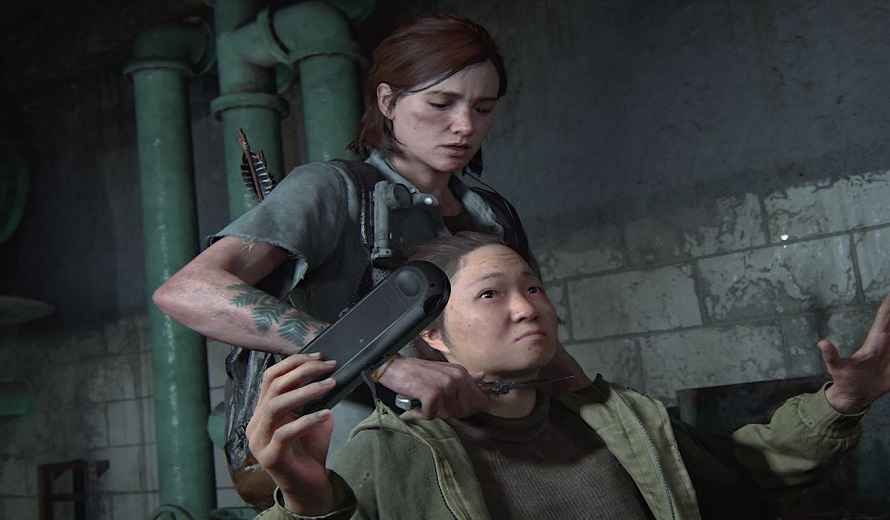 What is so uniquely human about both women is that they both believe they are in the right. They only understand their own grief and are unable to see the other side of things. And to be fair, this is a brutal and dark world. There is no room for it. Yet, what is beneficial to the player is that they have a birds-eye-view of the whole situation.

Ellie is pushed to the absolute brink. She becomes a monster in front of the player’s very eyes. It’s hard to watch. This woman covered in the blood of her enemies isn’t the same endearing young girl we met in the Last of Us 1. She is both a product of Joel’s teaching and of the world she lives in.  And still, you find yourself rooting for her until the bitter, lonely, end. But why?

Players Are Humans Too: Hating Abby

The Last of Us 2 does something incredible with its design. It uses the player’s own humanity to reinforce the game. For instance, Abby as a character was controversial. Many players did not enjoy her. But honestly, there is an important reason for this. She isn’t Ellie. Despite following the same paths as one another, full of violence and revenge, why is the player more sympathetic for Ellie than Abby?

Having loved and cared for Ellie, the player identifies with her. Throughout the game, despite being shown Abby’s side of things, it’s hard to empathize with her. This is because, brilliantly, the game changes the player just as much as it does Ellie. In fact, the hatred for Abby proves it. The humanity of the whole situation exists in the idea that the player still feels that they are Ellie even during the moments they play as Abby. 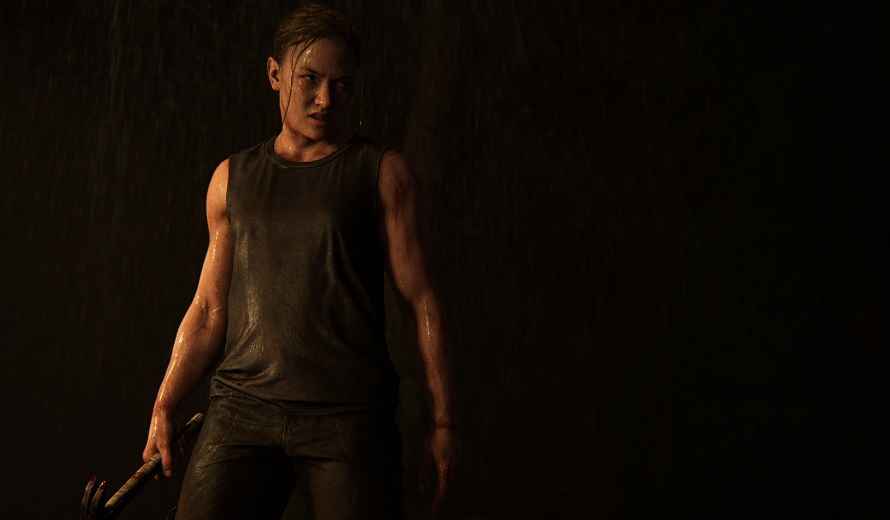 It’s difficult to view Ellie as the antagonist to someone else’s story because it’s hard to imagine ourselves in that light. So despite seeing Ellie become more and more ruthless as the game goes on, the player doesn’t want her to stray from her path. It’s for the simple human reason that the player feels the same grief as Ellie, and in a way, use her a vessel to exact that same grief. The Last of Us 2 shows the player just how close they could be to becoming exactly like Ellie. If the circumstances were similar, could one really say they wouldn’t do the same thing.

The Humanity of it All : What We are Left With

The Last of Us 2 is not triumphant in the way we hope a game will be. It doesn’t end with happiness, hope, or the feeling of the ending of a struggle. It ends with desolation, loneliness, and a fundamental understanding of grief. However, the important thing that can be grasped from Ellie’s journey specifically is that her strategy of dealing with grief accomplished nothing. 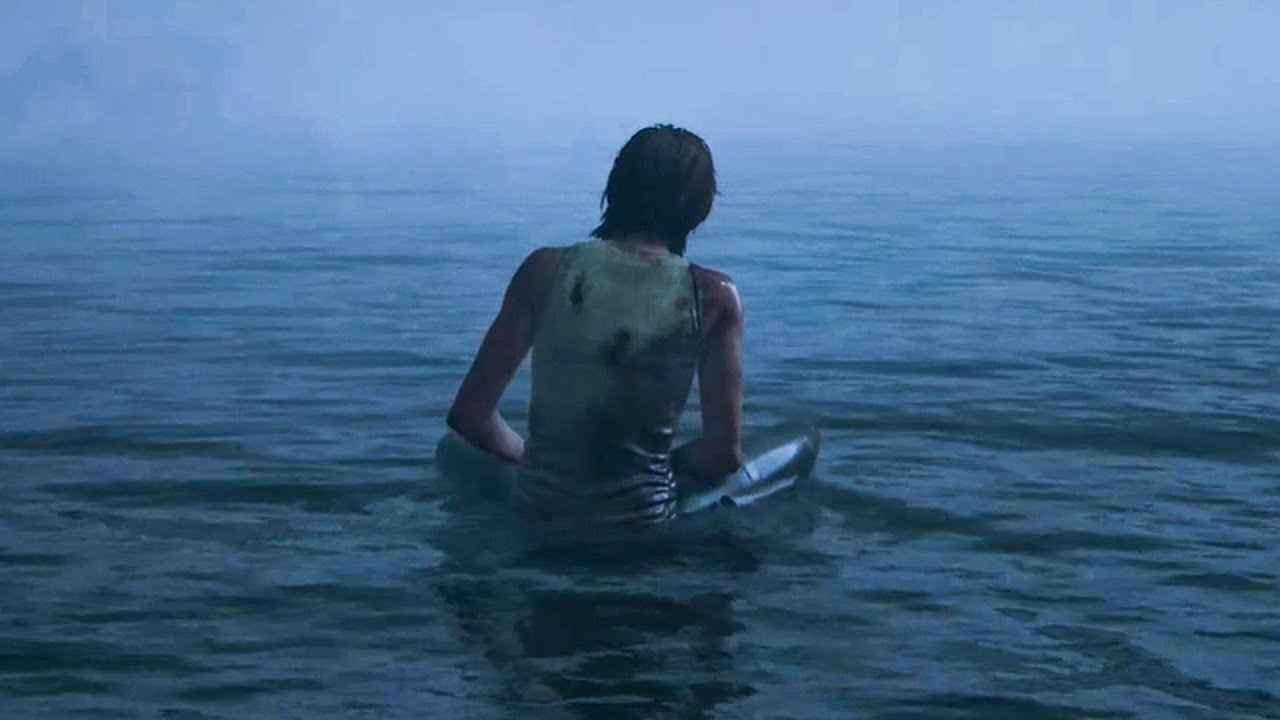 Where Abby finds strength and hope in taking care of Lev and allowing herself to be cared for in turn. Ellie rejects the peace she could’ve found, in exchange for revenge. A revenge that was too elusive, even when it was right in front of her. Ellie became a person she wasn’t. She chased a goal that wouldn’t grant her what she wanted. In fact, she reaches a fate that Joel wouldn’t have wanted for her. And worst of all, she reaches the realization that no amount of vengeance, no matter how brutal or bloody, will bring Joel back. The man she loved like a father is gone, and it’s here we see the most blatantly human side of Ellie: The broken parts.

The player is left to reflect on themselves as well as Ellie at the end. Sure some reject the lesson of the game, don’t understand Abby’s purpose, and can’t see the value of Ellie’s mercy. That’s fine, it’s all subjective. However, the most human part of The Last of Us 2 isn’t found in Ellie’s rage, or her grief, or her revenge. It’s found in her forgiveness, her pain, finally letting go at the edge of the world alone.

The Last of Us 2 is a game about humanity. The worst of it. The best of it. The last of it. It’s dark and heavy, and really not enjoyable if you’re looking for a fun game. Yet, it is a story about some of the deepest parts of what it is to be human, cranked up to one-hundred. Though, thankfully, most people won’t be placed in the same positions Ellie was in. We all still manage to empathize with her, even to the point player mindsets correspond with hers.

The Last of Us 2 proves its point about being human by showing that Ellie isn’t an evil person. But neither is Abby. They are two women who have done horrific things in the name of revenge and love. In fact, it uses the idea of cycles of pain, the players own mindset towards “the other side”, and letting go of grief to show players just how human its characters are. How can you pinpoint an antagonist when each character is a reflection of the other?

The game is about being a human being in a world where humanity is lost. All that is left is to either try and hold on to what shreds are left, or follow in Ellie’s footsteps and only understand the value of human connection when you’ve already lost everything.