Deep Silver FISHLAB’s upcoming Chorus is an action space combat game that’s full of mystery, spiritual themes and of course, fluid movement and exciting deep-space dogfights. When I attended a developer presentation earlier this year — and then played the demo — I was struck by the game’s engaging musical score and sound design, which range from ethereal orchestral cues to more traditional action game underscoring. The game’s composer, Pedro Macedo Camacho and Deep Silver FISHLABS audio director Philipp Muckenfuss were gracious enough to answer some questions about the project.

Camacho wrote (by his estimation) a staggering 10,552 minutes of music for Chorus, in large part following the initial vision of the audio director. “Philipp guided me a lot through all the tracks,” Camacho said. “Maybe towards the end, I became a little bit more independent but the whole music direction was inside Philipp’s mind. I think one of the most important aspects of the soundtrack is the fact that there is some kind of spiritualism or shamanism in this sci-fi. I think this made a huge difference in the unique music style we came up with for Chorus.” 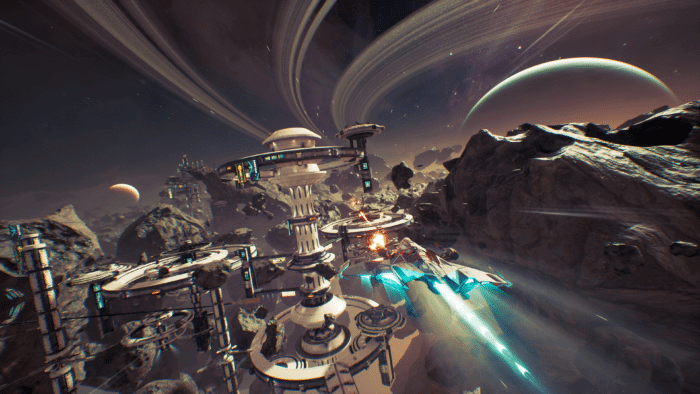 Speaking of style, I asked Camacho, who is Portuguese and intimately involved in the musical culture of his country, who and what his primary influences are. The list was long, as it so often is with contemporary composers. “My influences come a lot from Bach and some who came before him like Palestrina. After Bach maybe Ravel, Debussy, Stravinsky, Steve Reich, Arvo Pärt. On the film side, I must say I get very inspired by Hans Zimmer, Thomas Newman, and James Horner. On game music I am very inspired by composers of the late 80s, early 90s, as well as fabulous Amiga games and SciFi/Action Arcade Games like Shadows of the Beast (David Whittaker), Chaos Engine (late Richard Joseph), Project X (Allister Brimble), and, perhaps, one of the tracks that I loved the most… when I was a child: Dragon’s Breath Main Theme (David Hanlon).”  In the end, though, Camacho is “influenced and inspired by good music no matter its origin, music that makes me feel something or makes me travel somewhere, I think this is the real power of music.” 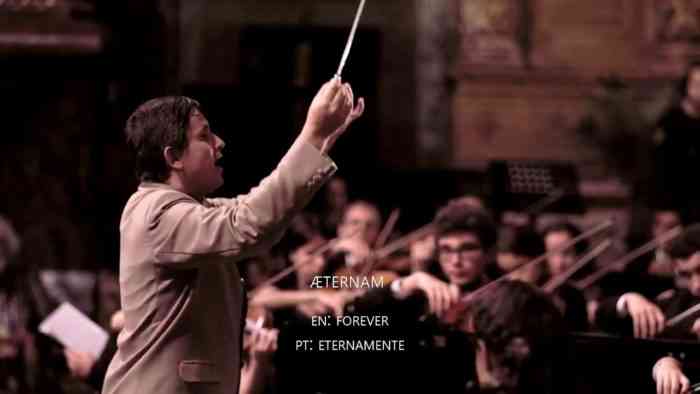 Obviously, the human voice plays a large role in the music for a game titled Chorus, but solo and ensemble vocals are often processed and layered with exotic instruments and synths to create unique colors. As with many scores for videogames, film and other media, the soundtracks are blends of live musicians and digital sampling. “It is a hybrid score so there are a lot of samples in percussion, synths, etc. but I tried to record as much as I could to make the soundtrack as good as possible, especially orchestral strings,” Camacho explained. “It is a very modern take on classical SciFi Shooters. I do have to highlight our lead vocalist in this soundtrack, Úyanga Bold, who did fantastic work in the main theme and several in-game tracks. One very curious aspect about the score is, as I always do, that I worked with some of the best synth programmers in the world to create a more unique score: Stephan Baer (aka Sonic Underworld), Nicolas Jaussaud (aka Yuli Yolo). For example, Nico created some amazing instruments which were based on the actual vocals from Úyanga. The result was amazing, in my opinion.”

The role of audio director and what that entails may vary from studio to studio, but it’s clear that Muckenfuss had a very significant guiding hand in the sound of Chorus. “My role as Audio Director is to shape the audio vision of the game following the overall game vision and tonality, but also to build an audio team around the game and make sure all aspects of game audio are covered. This includes music, sound effects, dialog production, and whatever else you can think of inside the full sonic spectrum of a project.” A game set in an entirely imaginary environment like deep space and otherworldly structures obviously creates challenges for an audio team. For example, “We do have some very aggressive spaceship flybys which still after experiencing it a thousand times brings me joy and shivers. The sound itself is a combination of real jet sounds and content from a turbine simulation plugin. We implemented it in a way that it really rips the air apart and changes its playback behavior depending on the angles of the opponent’s approaches. This aesthetic just made sense with our style and with the game.” 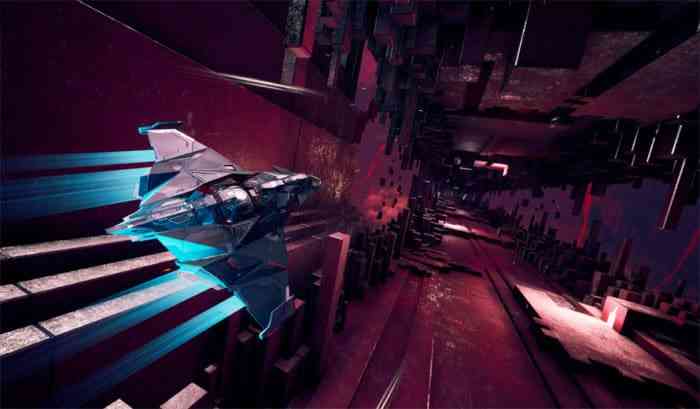 I asked the team about the challenges of creating the score, and Muckenfuss described the process of creating the game’s title theme. “I think the main theme was one of the most challenging tracks of the OST. We wanted to deliver the epic scenes of space, a unique melody to build a bridge to the main female protagonist and her personal inner journey as well as dynamic percussions to reflect the action in our game. We found the epic parts faster, but the extraordinary ingredients took us quite some time. One day Pedro came up with a melody using a voice sample plugin and we loved it so much that we made the decision to find the person behind that voice sample. And we found Úyanga Bold. We are so grateful that she joined forces with us and created a wonderful piece of art that will forever remain connected with Chorus.” Camacho agreed, and added “I agree with him, the Main Theme was certainly something I revised more than 50 times before coming up with the best idea. The final version of our Main Theme was version 72, I believe. The result of a lot of hours of passion and dedication.”

Both Camacho and Muckenfuss are quite appropriately excited by the final product, which releases on December 3, 2021. “This is the best soundtrack I´ve ever worked on and I love all the tracks,” Muckenfuss said.

***Thanks to Pedro Macedo Camacho and Philipp Muckenfuss for their participation***

Asterigos: Curse of the Stars is Souls Without the Dark
Next Miyamoto Changed Video Games Forever and He’s Not Done
Previous Hideo Kojima: The Tarantino of Video Games