If you’ve found yourself less than satisfied with the Nintendo Switch’s screen size, there may be a solution. Up-Switch has finally launched its Kickstarter-backed portable screen dubbed the “Up-Switch Orion” after much anticipation from its supporters. Featuring an 11.6-inch 1080p monitor and HDMI input, the Orion is capable of working as a screen-on-the-go for Xbox and PlayStation. It has its issues – of this, there’s no question. But, I’ll admit that I’m pleased to find that the Orion isn’t entirely without merit. 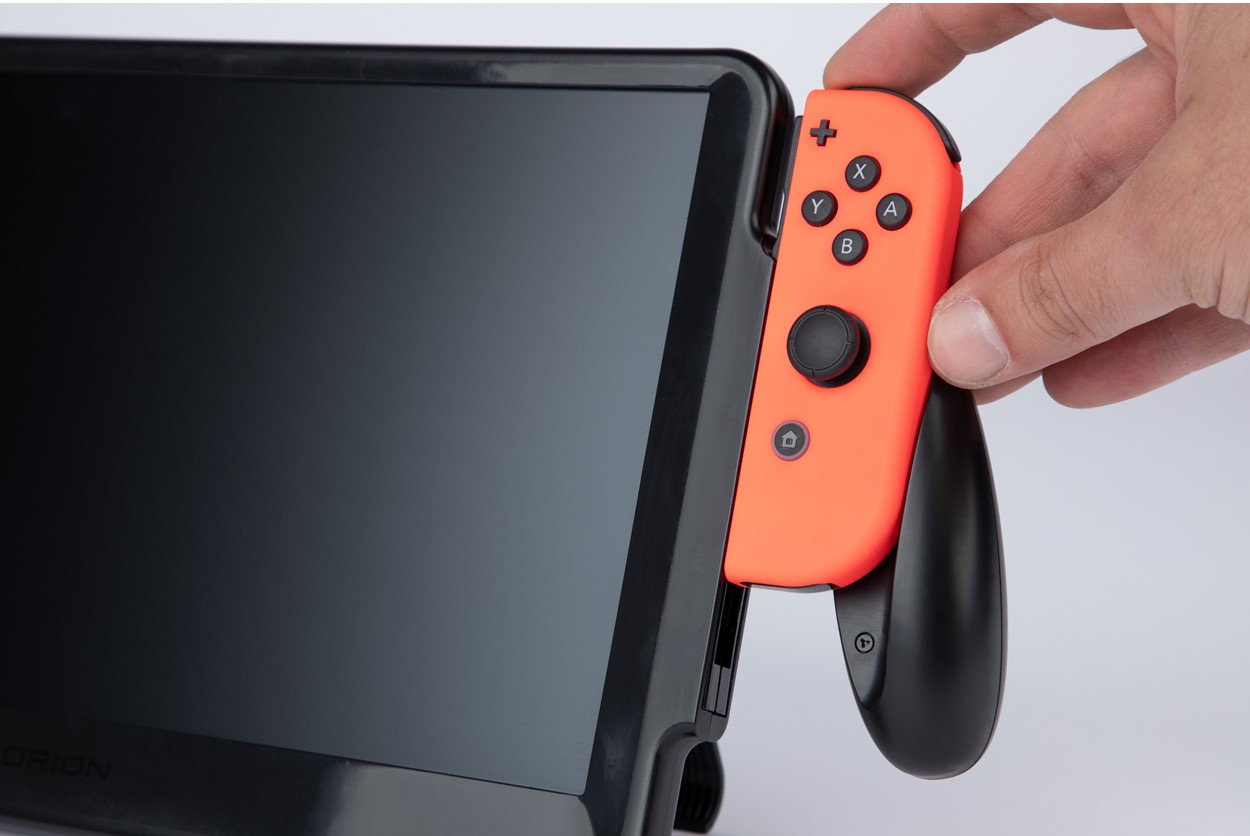 The 11.6-inch screen also offers a steady 60hz refresh rate, making the Orion completely viable for gaming sessions while traveling. Though, remember that if you’re planning on using the Orion primarily with the Switch, most games on the system don’t come close to 60 FPS. And while the screen looks comparable to that of the original Switch, owners of the Switch OLED will find the quality of the display laughable. I couldn’t fathom there being even a single Switch OLED user that would prefer Orion’s screen regardless of the increased size.

I’m entirely unsure how the general population will feel about the additional weight the Orion adds to the handheld experience. Look, I won’t beat around the bush – the Orion is a monstrosity. It’s uncomfortable to hold over long periods of time, especially if you end up strapping a battery pack to it. Two straps protruding from the back allow users to velcro-attach any type of portable charger to the Orion, but this adds more weight to an already cumbersome device.

All That Extra Weight

Furthermore, if you don’t have a battery pack to plug the Up-Switch Orion into (and, no, they aren’t included), you’re stuck powering the device with the Switch’s own power cable. This is where most of my frustration with the Orion lies. The purpose of a handheld system is to be able to pick it up and play it at any time, anywhere. The Switch is one of the best examples of all time in that regard. Though, the Orion strips much of that identity away in favor of a larger screen. 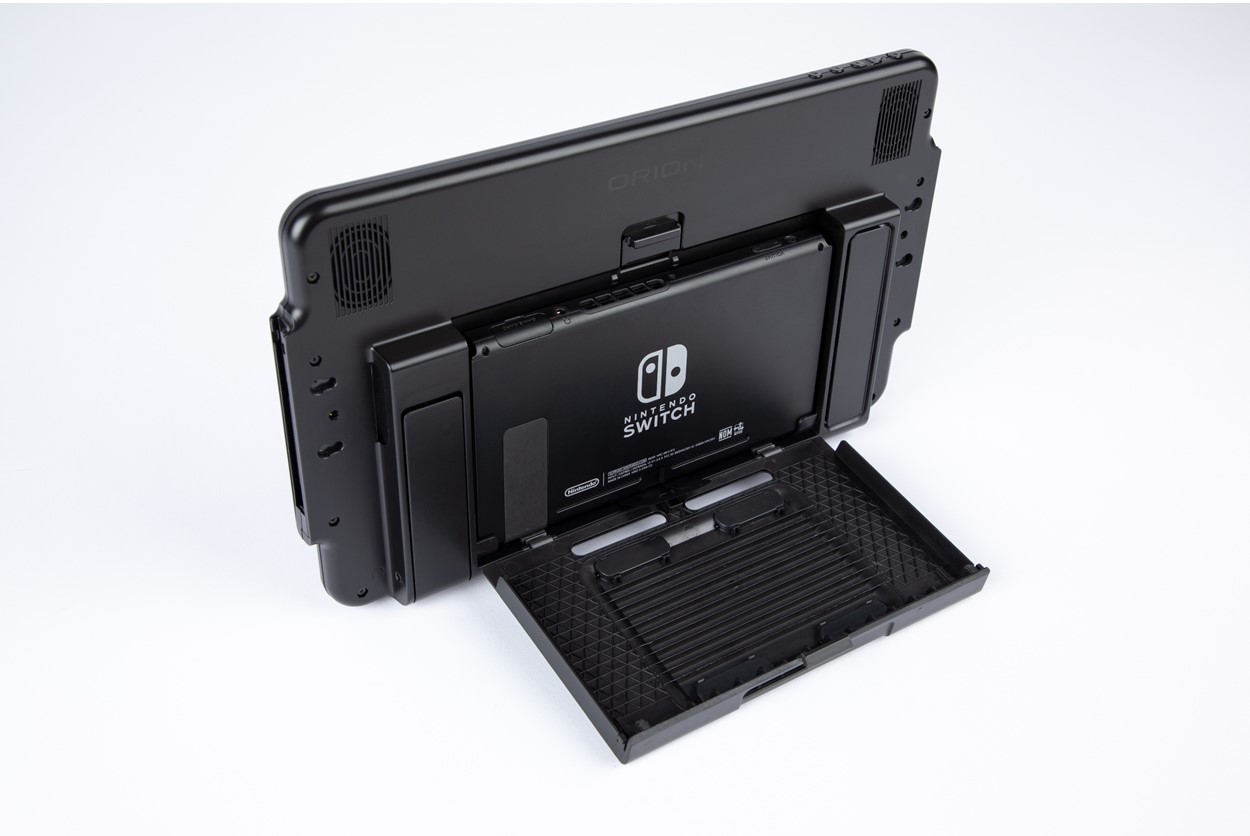 It’s hard to imagine who the Orion was made for. Not Switch users that play docked – that’s obvious. And Switch owners who like their games on the go will be disappointed to find that without a supply of external batteries handy, they’ll need to be tethered to a wall to make use of it. There is one scenario – a long flight with a friend – in which the Orion sounds appealing to me. It does feature a reasonably decent kickstand, making tabletop play more enjoyable. And its speakers are more than sufficient for any local multiplayer.

Yes, I have my gripes with the Up-Switch Orion. I’d be remiss not to mention that the Orion is a nightmare if you aren’t using a screen protector. The back of the Orion first pops open. You’re then expected to slide the Switch face down across hard plastic to maneuver the system into place. Be extremely cautious when doing so. 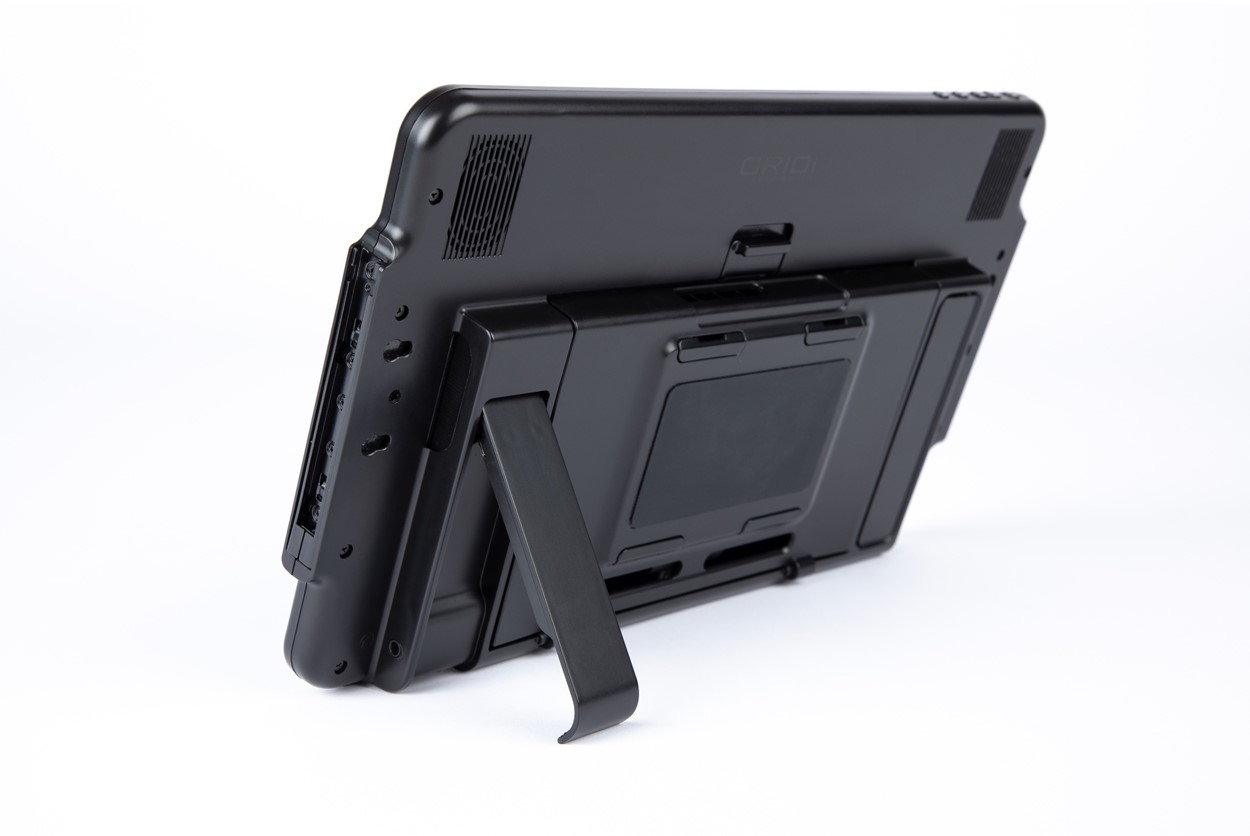 Even with everything I dislike about the device, there’s no denying that Up-Switch delivered everything they promised with their Kickstarter. If you feel like the Orion is going to be something you’ll enjoy, chances are, you will.

*** Up-Switch Orion provided by the publisher ***

Arcticopia Brings Soothing Puzzles to the Switch Today
Next Top 5 Video Games Arriving in October 2022
Previous What Will the Story of the New Marvel WWII Game Be?