10 Best 2021 Video Games That Already Came Out Once

Sometimes, the second time’s a charm. A video game that missed its audience will sometimes find its peeps when it’s re-released or ported to another platform. Now and then, a special edition hits the digital shelves that makes good on launch day failures. Then, there are remakes and remasters, shinier versions of old games that aren’t exactly new.

That’s what we’re talking about here: games that are seeing the light of day a second time. They’re all bigger, better, improved, and more fun than the first time.

When it comes to first-person shooters, the Quakes and Dooms of the world are where it all began. Just think how many retro shooters are nothing more than copycats of Quake. This year, the original got a facelift of sorts. Not a remaster, the old video game got an infusion of 4K and widescreen resolution support, enhanced models, dynamic and colored lighting and anti-aliasing. The package also threw in old and new DLC and a horde mode. Quake is still a heavy metal masterpiece.

Not every gamer or even Mario fan had a Wii U, one of those consoles with a short life span and not much love. Problem solved! Super Mario 3D World brings one of the more unappreciated Mario titles to the Nintendo Switch. And, it includes online play and Bowser’s Fury. Bowser’s Fury is a short but sweet extra chapter, but the main draw is the base game.

Unlike many of the games on our list, there’s no totally new version of Destiny 2, which first appeared in 2017. Instead, there’s been steady stream of new content and the game has undergone nearly continuous revision. With the Seasons approach to storytelling, the developers seem to have latched onto a grand story arc in a big way. It’s a great time for lapsed players to come back, or new players to dive in. 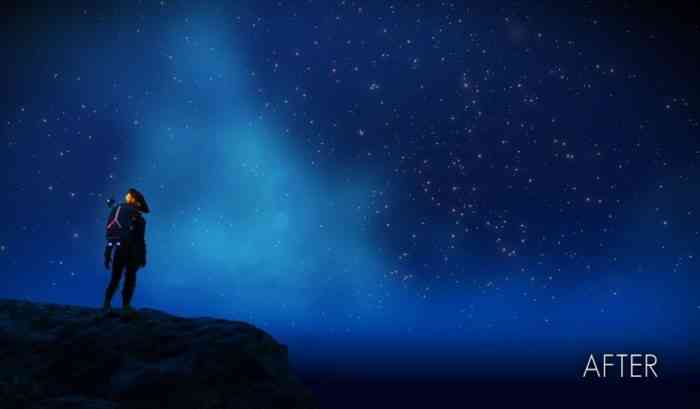 No Man’s Sky is the poster child “never give up” game. After a pre-release hype crescendo, there was probably no way it wasn’t going to disappoint. And it did. But instead of bailing on their project, the developers just kept making the game bigger and better and closer to the original promise. Recently, No Man’s Sky added console and cross play support, and an incredibly engaging VR version. No Man’s Sky hasn’t exactly reinvented itself so much as become the game everyone wanted it to be.

The first three Mass Effect games have a legion of fans. Despite the sometimes awkward combat and buggy mechanics, they love BioWare’s characters, stories, intrigue and potential for roleplaying. The Legendary Edition brought the Mass Effect trilogy closer to modern standards, especially the oldest, first game. Better combat, lighting, textures and visual effects encouraged a lot of gamers to replay these great games or try them for the first time.