The line between PC and console gaming is becoming ever more indistinct. The recent 2016 E3 blurred the line even more with several announcements. Leading the charge was Microsoft, who dropped an interesting tidbit that was overshadowed by their announcements of several variations on the Xbox One console.
That tidbit?

Going forward all MS normally exclusive Xbox One games will also be released for the PC. The announcement makes sense as Microsoft has a stated vision to create a broad and seamless gaming ecosystem that allows players to move seamlessly between platforms – be it PC or console or who knows what. Mobile gaming? It’s become big money and no doubt Microsoft wants to grab a piece of that lucrative gaming market.

“Never can the crumbling of the barrier between PC and console gaming be seen clearer than in the subgenre of PC gaming – the simulation.”

Never can the crumbling of the barrier between PC and console gaming be seen clearer than in the subgenre of PC gaming – the simulation. Specifically, the racing sims. While both platforms have been host to games based on cars, each platform has been tuned to the sensibilities of the related gamers plus being developed in accordance with their respective hardware restrictions and/or possibilities.

There are always exceptions to the rules but speaking broadly, console car games offer up goal oriented, reward result racing which opens up more vehicle and location content as the player gains experience points and money. The driving experience is less realistic and hindered by a control system based on a joypad. The player learns how to drive the cars based more on how the game engine works rather than the actual physics of each vehicle. 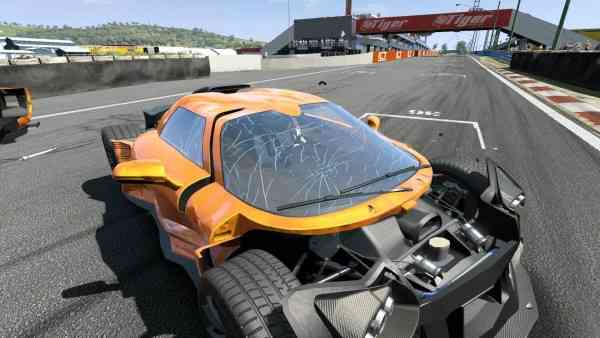 PC sim racing often takes a more grounded approach and is designed to appeal to the hardcore, who want the game to give them a realistic experience as possible. This often involves the use of more advanced peripherals that give a greater sense of immersion due to the mimicking real world conditions and giving the player enhanced feedback. These games are based on real locations and all the content is available to the player from the get go. Due to the complexity of modelling vehicles in greater detail from a handling and physics perspective, PC racing sims generally have less initial content than their console cousins.

The difference in cost between a gaming PC and a console leads to a visual disparity between the two platforms. Historically PCs deliver crisper, more fluid graphics with more details than was possible with console optimized racing games. That gap is ever narrowing with the Xbox One and PS4 consoles and the differences consoles and PCs could well be negligible with DX12 based games and the next console iteration.

“Frame rate may be very important in first person shooters but in racing sims it is vital.”

Case in point, I have been comparing the PC and console versions of Project Cars. It’s been a bit of an eye opener. It really feels like the same game bearing in mind the current technical disparities that exist. The console version is graphically close to the PC but lacks that much appreciated visual clarity of the PC version. Trackside objects on the Xbox One version exhibit jaggies which over time lead to eye fatigue. Something I never experience with the PC version.

There are other minor differences, i.e. the PC version allows more cars in a race but that is about it. Once the race starts, the experience is very comparable with one major exception.

Frame rate may be very important in first person shooters but in racing sims it is vital. A drop in frame rates at a critical juncture on a circuit can spell disaster if you miss braking and/or apex turning points. PCs used by gamers are built to take this into account and along with video options allow them to tailor the game to settings that give them the best results. Consoles are limited in available video settings and video RAM to help curb frame rate issues. 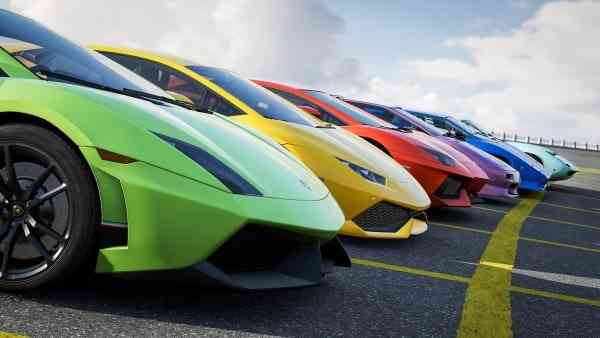 Still the gap between the two has narrowed considerably and I suspect the next gen of consoles and software will bring them to the same starting line. This is all good for the racing sim genre as it opens up to a broader audience who can race against one another, no matter what platform they are on.

It’s very exciting time for car sim racers. Project Cars has made the leap to consoles and the much lauded PC racer – Assetto Corsa is poised to do so as well this August. Microsoft have released a version of Forza 6 playable on PCs. This convergence of gaming platforms and the knowledge that racing sims is a genre perfectly suited for Virtual Reality means we sim racers should be revving our anticipation of great things to come.

What do you think? Do you think the gap between racing sims on PC and consoles is slim? Tell us in the comments below.

Is Humankind the Civ Killer?
Next 5 Video Game Cover Bands That You Need To Hear
Previous 9 Promising Games You Missed at E3 This Year