Outriders Broadcast #2 – Outriders Might be the Next Mass Effect

We have moved one month closer to the release of Outriders, and the team at Square Enix and People Can Fly have brought us the second episode of the Outriders Broadcast: a half hour feature video to highlight what we can expect from Outriders in the future. We got a chance to get a deeper look at the lore and world of the game, as well as a few new features and quite the surprise announcement.

From the outset, People Can Fly have told us over and over again that Outriders is an RPG experience first. While it does offer multiplayer co-op and looter shooter mechanics, the game is still inspired by and built around the concepts of classic RPGs. What we learned during the latest broadcast highlights these RPG features and is starting to cement Outriders as less of a Destiny clone as many first thought and instead something more in the vein of Mass Effect. Not quite sure what we mean? Lets dive into the details of the Outriders Broadcast 2.

The Hub and Spoke System

Since Outriders was announced they have made it clear the game does not run on an open world format but rather “hub and spoke.” While we understood the general term, it left many people uninterested or concerned about the overall size of Enoch. We now have some brief visuals to further highlight just what this all means. The hubs will be anywhere your truck can safely park to set up a camp. The broadcast highlighted seven human settlements (although only four have been named so far: Rift Town, The First City, Eagle Peaks, and Trench Town) but after having a great discussion with Game Director Bartosz Kmita and Senior Narrative Designer Szymon Barchan, they stated we can expect at least three to four times that many unlockable settlements across Enoch. 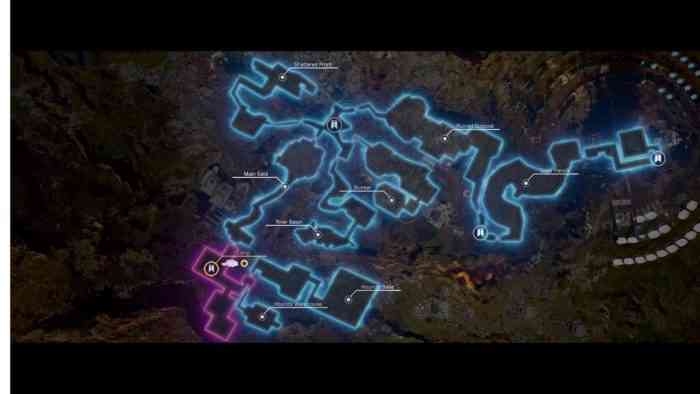 The world may not be open, but it is definitely not a simple linear experience. Outriders is designed with players of all kinds in mind, so for those who only want to experience the main story, they can travel along the main spokes from hub to hub, following the narrative where it takes them. For the adventurous gamer who loves to complete side quests, these main spokes will branch off in a plethora of directions, encouraging exploration and rewarding you with new gear and fascinating lore the deeper you go off on your own. This sort of design is more of what we would expect from typical fantasy RPGs or modern gaming experiences like the Souls series; travelling off the path is worth your time and effort.

The main narrative is estimated to take roughly 25-30 hours to complete, should you only focus on a single character and only the main story missions. In total the game features 1.5 hours of motion capture footage as well as 2 hours of cinematic cut scenes to help tell the story, but People Can Fly estimate completing the side quests and additional content will easily triple or quadruple your play time. Side quests are a vital part of any RPG and each one will further expand the lore of Enoch and the favor of those you help. Citizens of any settlement can offer you side quests; some will even open up after completing certain segments of the main story, so returning to previous settlements often is a good idea.

We have all had an experience in the end game where we stumble across a quest we missed and the task – and subsequent reward – were pitiful by comparison to our end-game stats. Side quests in Outriders will scale in difficulty – and reward value – alongside the players level and world tier setting as confirmed by Kmita and Barchan. Completing a side quest will also offer you three rewards to choose from, so you aren’t necessarily left with some random loot you don’t care about. 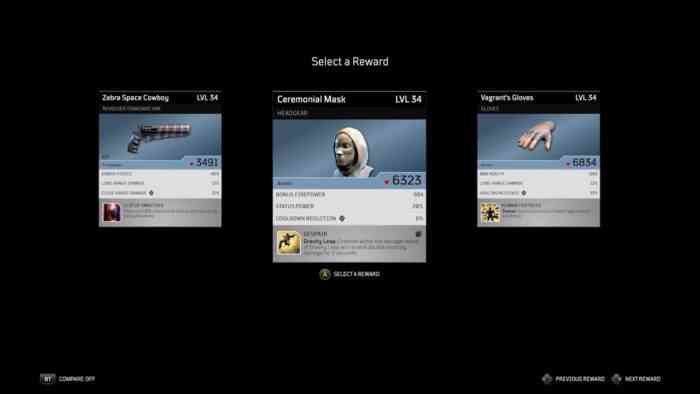 Despite their struggle, Enoch is a planet teeming with life. In each settlement you’ll find a host of new characters to interact with. Whether it’s shop keepers looking to offer their services or someone begging for help with a side quest, the population is alive and dynamic. Much like games in the Elder Scrolls franchise, the actions your player takes through the story will directly effect how the people of a settlement react to you and the conversations you can have. Completing achievements from the menu will see NPCs acknowledge your triumphs and possibly offer new quests and tasks.

While visiting settlements you’ll also be able to hear the latest gossip at bars and even pick up bounties or monster hunts. While the developers were tight-lipped on the details of these features, we can assume bounties will require hunting down a high value target while monster hunts will send us into the wild to track and slay a formidable beast (let us not forget the promise of decorating your truck with the trophies of slain beasts!) The broadcast did also briefly mention resource gathering and crafting which would come up in detail in a later broadcast.

Time to Roll Out

The Outriders Truck was announced during the first gameplay reveal and was touched upon last month in the original broadcast, but this time we got to learn even more about your truck and her trusty crew. The truck is your mobile RPG outpost, offering you all the amenities of a town without forcing you to constantly travel backwards. Your crew will consist of three characters: Jakub, the driver, Zahedi, your scientist, and Bailey, the weapons dealer.

Jakub was your friend when you first set boots down on Enoch 30 years ago. While you have been in cryo, Jakub has been forced to live through the hell that is this alien world. Despite this – and perhaps thanks to his love of booze – Jakub still manages to be a fairly positive person. He drives the truck for you and is your go to for all the customization options on the truck.

Zahedi is a brilliant scientist who believes he can find the answers to helping humanity. As a member of your crew, his knowledge is best put to use as a crafting vendor for making new and useful gear.

And finally is Bailey. Forced to join your team as some form of insurance policy, Bailey doesn’t want to be there any more than you want her there, but to allow you safe passage around Trench Town, shes going to be along for the ride. Bailey is your weapons and armor dealer, as well as your shop for selling gear. 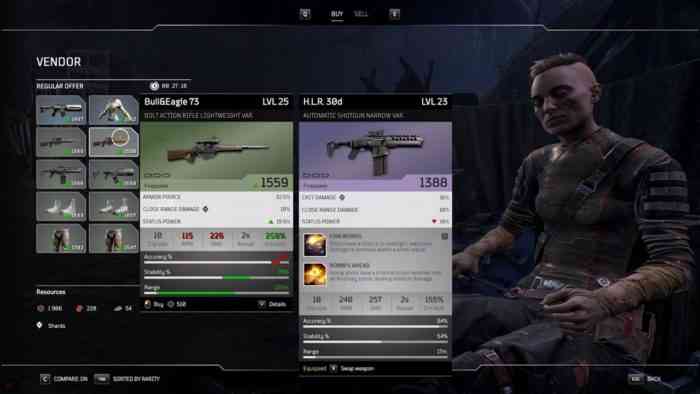 Any hub you discover will be a fast travel point for the truck where you can set up a remote base. On top of getting to know your crew and using their services, these camps will include a beacon for matchmaking, the ability to customize your characters appearance, as well one of the best announcements: the stash. Any gear you want to hold onto or trade between your characters can be put in the stash.

Sound design can often make or break a gamer’s experience when trying to get immersed in an all new world. Audio which doesn’t match the tone or fails to strike emotion in the player diminishes the game as a whole, but Square Enix and People Can Fly have managed to tap the legendary skills of one Inon Zur to compose and score the entire soundtrack of Outriders alongside the help of the Budapest Symphony Orchestra. Together with People Can Fly they worked together to craft the soundtrack which encapsulates the vision of Outriders that will best keep players engaged. 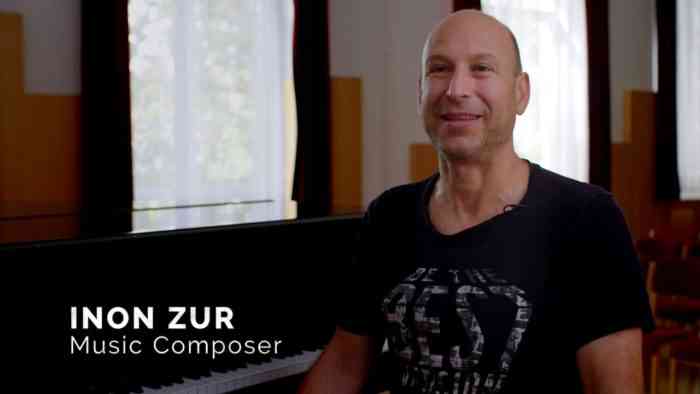 For those unfamiliar with Inon Zur by name, his work ought to speak for itself. He has composed the soundtracks for games like Baldurs Gate II, the Dragon Age series, Fallout 3, Fallout 4, Fallout New Vegas, Fallout 76, Crysis, the Prince of Persia series, and many many more. You should not expect Outriders to offer the typical rock composition you might find in a shooter, but rather an epic performance worthy of an RPG experience.

No, Outriders will not feature any PVP. I understand some people love to run into PVP combat but to do so effectively you need to drastically nerf player abilities to make it “balanced.” Outriders is built to give you epic, destructive powers and the only way to make that viable for PVP would be to hamper the current experience and balancing to a drastic degree that just isn’t fun anymore. This is meant to be a single player epic RPG with co-op options.

One of the most exciting announcements to me is that every player can have up to SIX playable characters. Using that stash is going to be a vital godsend as you transfer important loot between characters and build out an epic roster. Community Manager Robbie Palmer was asked if characters would need to play the story and level up individually, but had missed that detail in the question. While speaking with Bartosz Kmita and Szymon Barchan they clarified that multiple characters will not need to play the prologue – a 1.5-2 hour experience – but will still need to level up through the usual means of experience.

They also mentioned very passionately that Outriders is designed as a game to approach a broad number of play styles in terms of game length, digging for lore, customization, replayability, and narrative design. No matter how you prefer to play, there will be something here for everyone. Everything we have learned hear – combined with the announcements from last months Outriders Broadcast – is painting a much broader picture that Outriders is indeed a soulful, deep RPG experience rather than a simple looter shooter. What are your thoughts on the game so far? Let us know on Facebook, Twitter, or the Comments section below, and be sure to check out our in-depth look at the latest class: the Pyromancer. 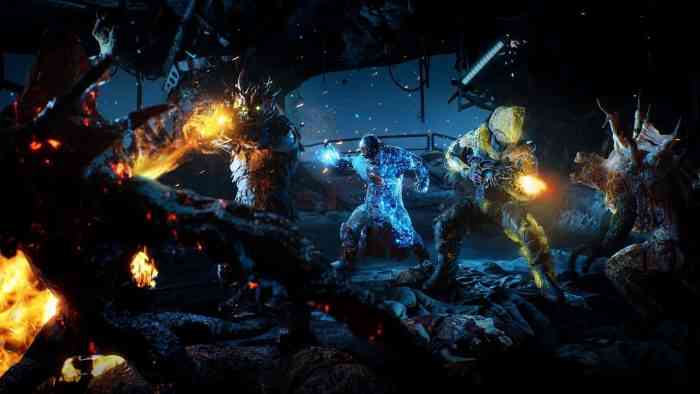