Mascots have been part of the industry since its inception. Some led the race for supremacy in the console wars whereas others helped to establish a genre. Each iconic protagonist is synonymous with the medium and NinToonDev, has perfectly captured their personality in this glorious series which celebrates the very best characters in video games.

Let’s start with the dinosaur riding, mustachioed plumber. In this image, we see the GOAT in his famous Racoon costume. First appearing in arguably the best iteration in the franchise, Super Mario 3, this quickly became a staple in the series. 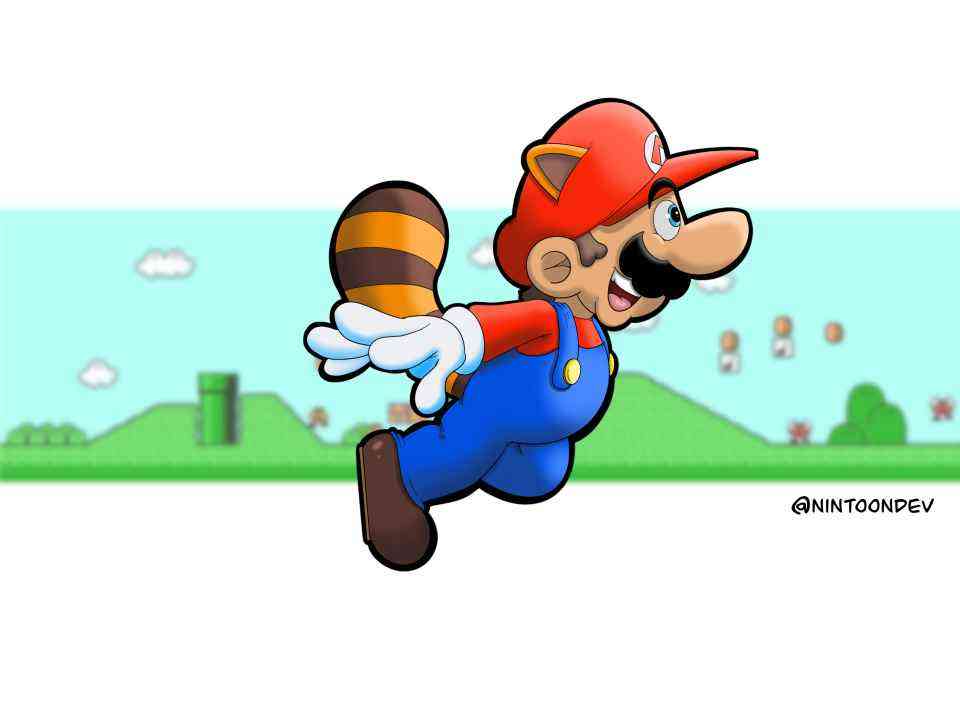 Dressed in his patented green tunic, Link has set the standard for adventure games since 1986. Here, NinToonDev has highlighted the stunning environment from the classic overhead viewpoint. 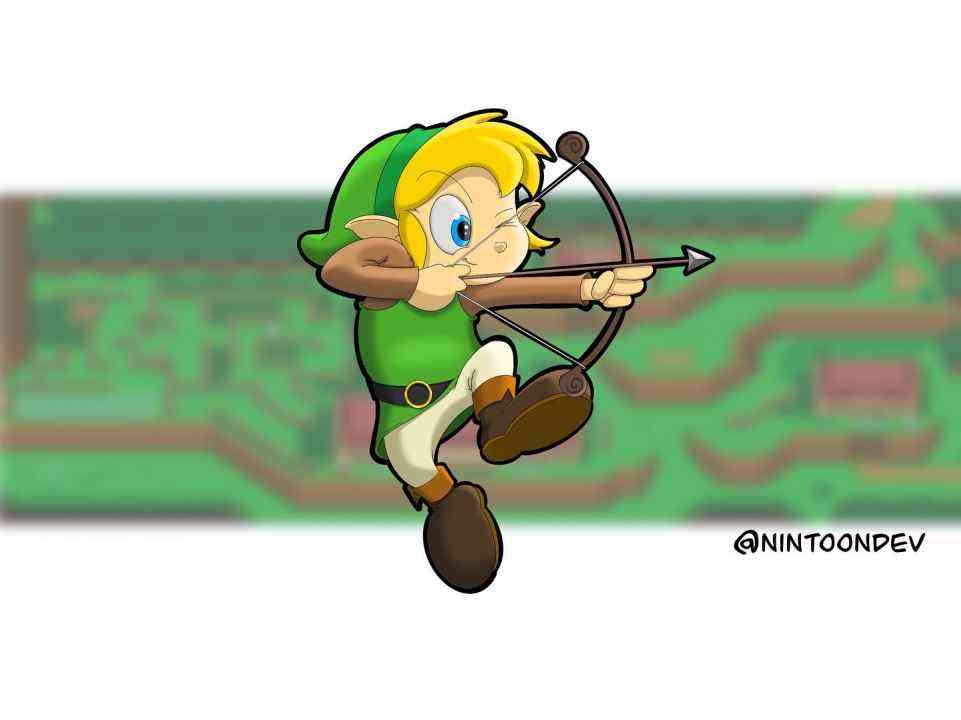 The blue blur sprinted into the limelight in 1991 and has remained a frontrunner for Sega ever since. While his recent outings have fallen short of greatness, his cinematic success means more eyes are on his next outing: Sonic Frontiers. This image shows the determined Sonic at full pace with a scene from Green Hill adorning the background. 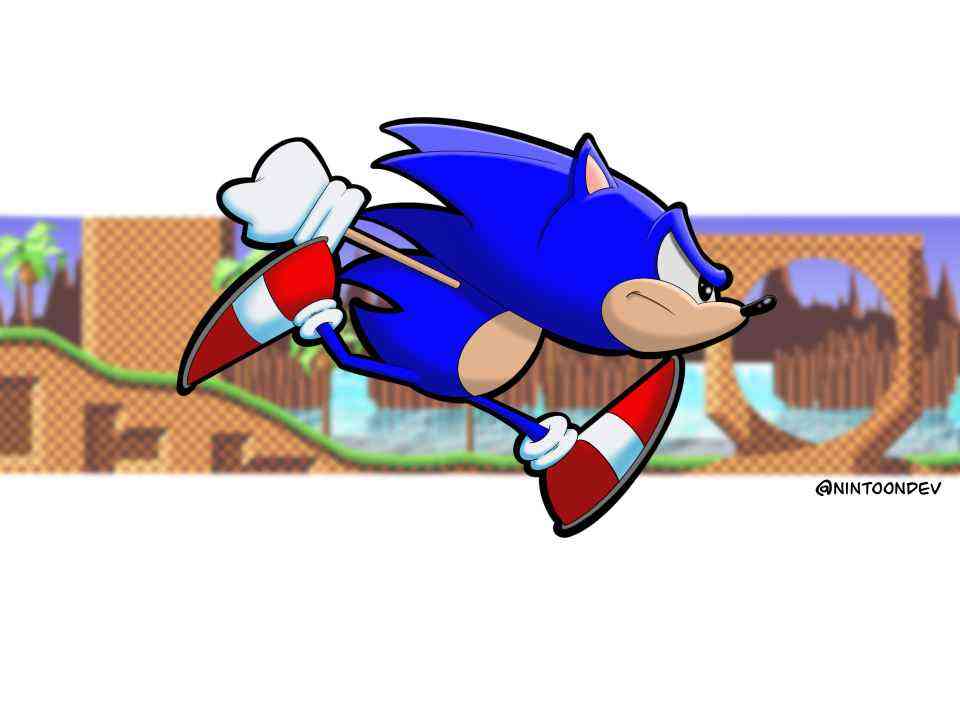 Even though his popularity has dwindled as of late, the Mega Man series still holds a strong place in the hearts of many gamers. Tough as nails and packed with awesome boss encounters, we can only hope that the robot makes a return soon. 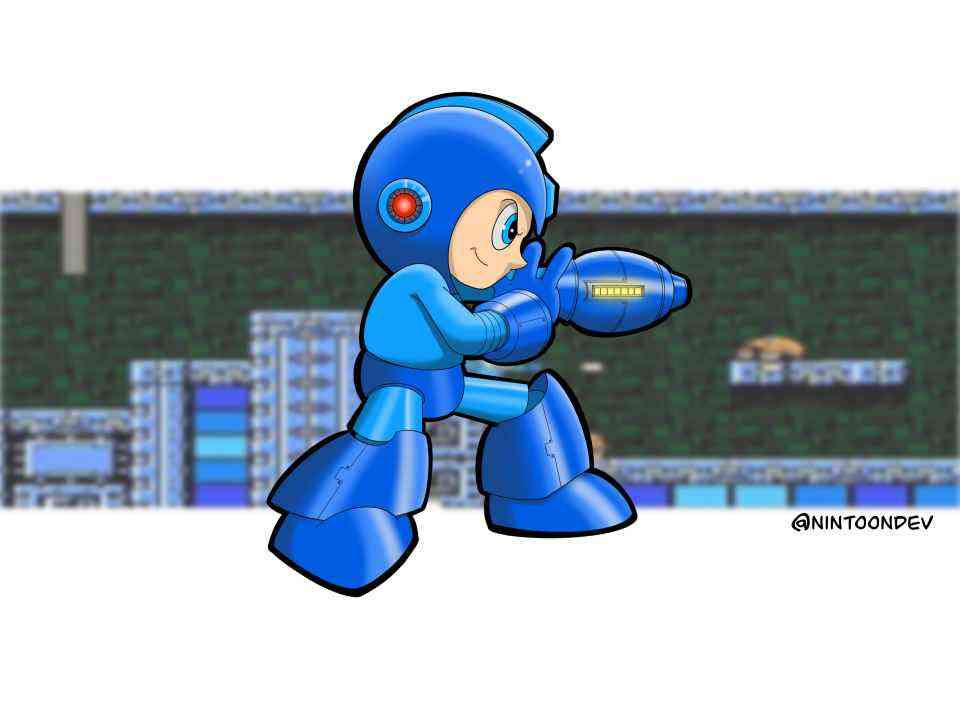 After Donkey Kong’s return in 2010, many assumed a slew of games would release starring the tie sporting gorilla. However, since then we’ve only had one sequel which is not enough for us banana-loving fans. While it is confirmed that Retro is working on the next Metroid Prime, one can only hope that they have another team working on the next entry in the series. 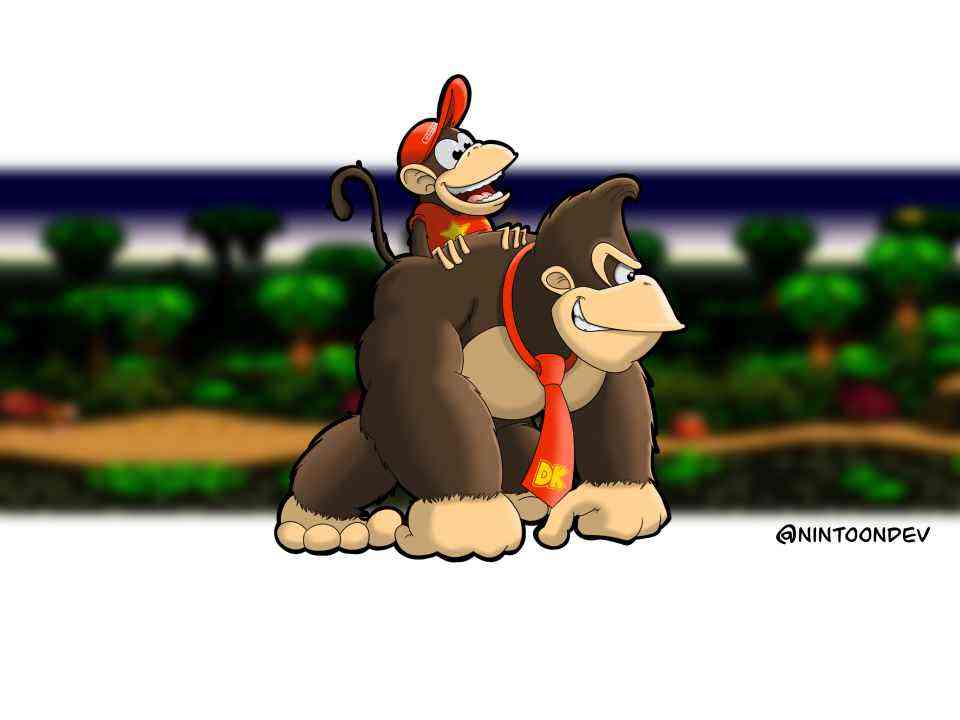 It’s crazy to think that a character of the magnitude of Wario debuted on the Game Boy. Now a staple for the company, appearing in countless games, his humble beginnings has been stunningly recreated and combined with his modern design. The backdrop shows a monochromatic level from Super Mario Land 2: 6 Golden Coins, with his colorful, brutish aesthetic barging into the foreground. 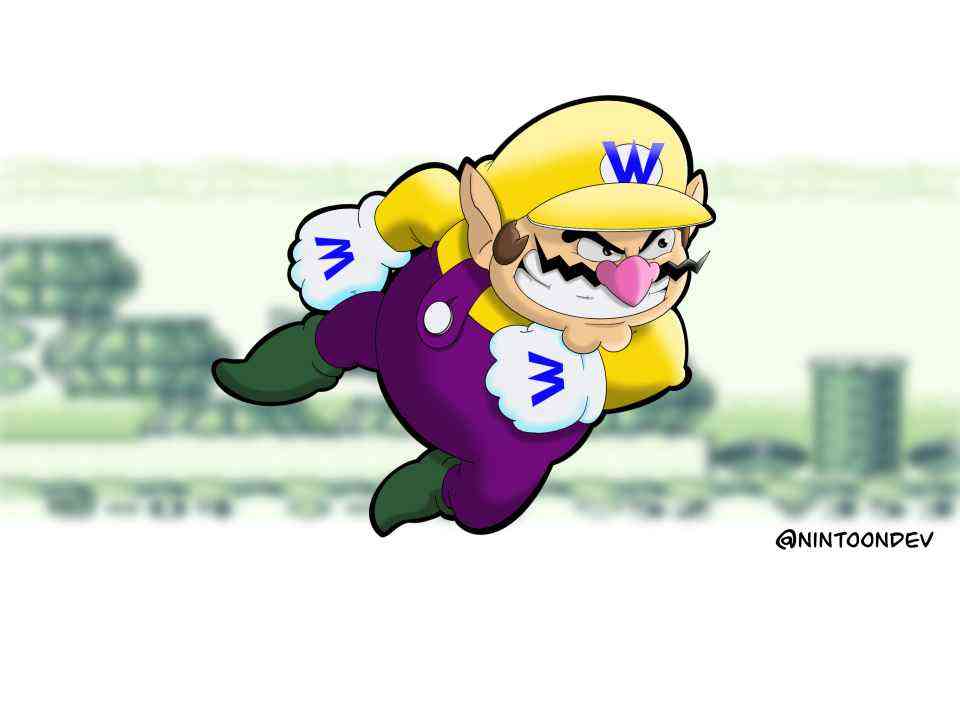 Some characters are just better together. While they have appeared in games separately, the ultimate release featuring the duo is Super Mario World 2: Yoshi’s Island. Here NinToonDev brilliantly captures the relationship between the two, showing Baby Mario’s innocence and Yoshi’s loving nature. 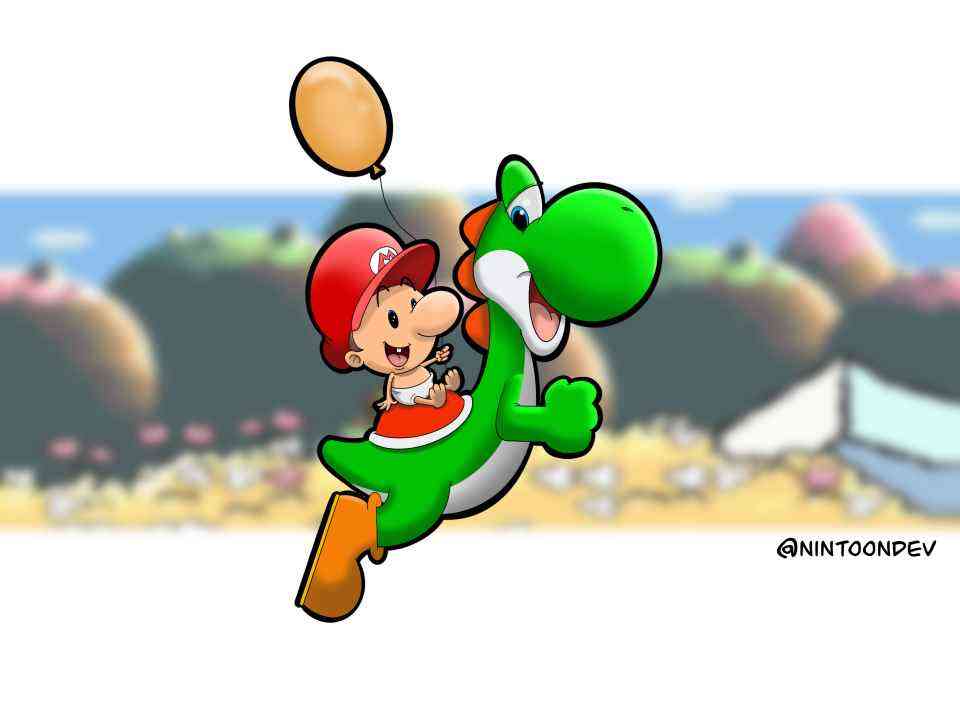 The bad-ass vampire hunter Simon Belmont is the protagonist of the original Castlevanias. Due to its gothic visuals and groundbreaking gameplay, the game pioneered a movement that it is still evident today. This image blends the original setting with his appearance in Ultimate Smash Bros to create a truly remarkable piece. 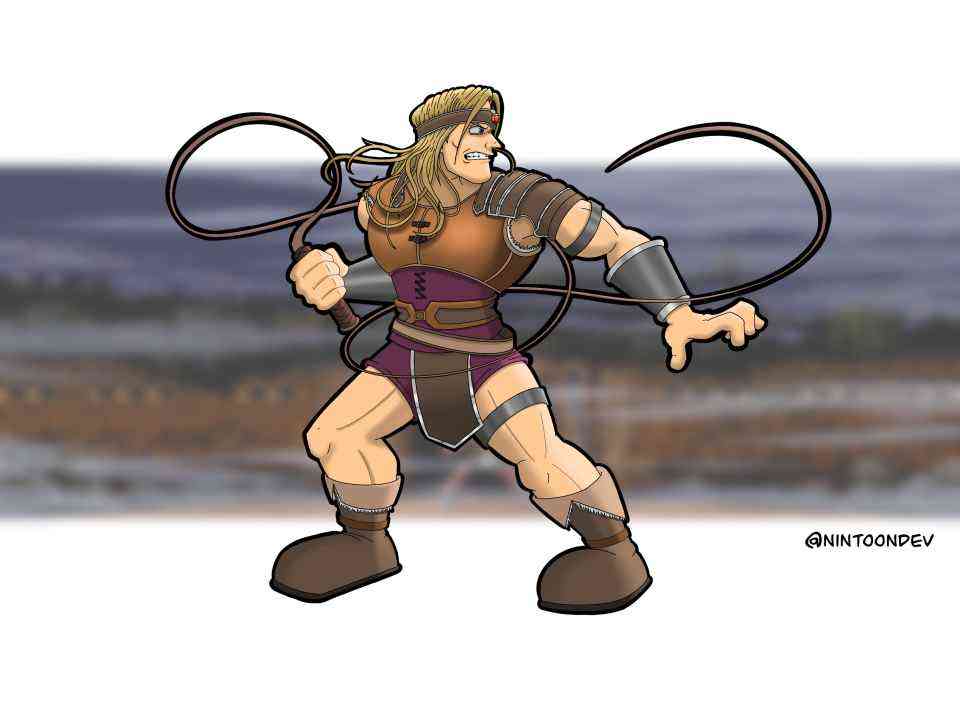 During a brief period in video game history, the light gun dominated. Games like Virtua Cop, House of the Dead and Silent Scope allowed players to live out their fantasies on home consoles. One of the pioneers of this was Duck Hunt on the NES which utilized the Zapper. While the characters have been reduced to cameo appearances on games like WarioWare, they are still synonymous with gamers from the 80s. Is it time for a comeback? 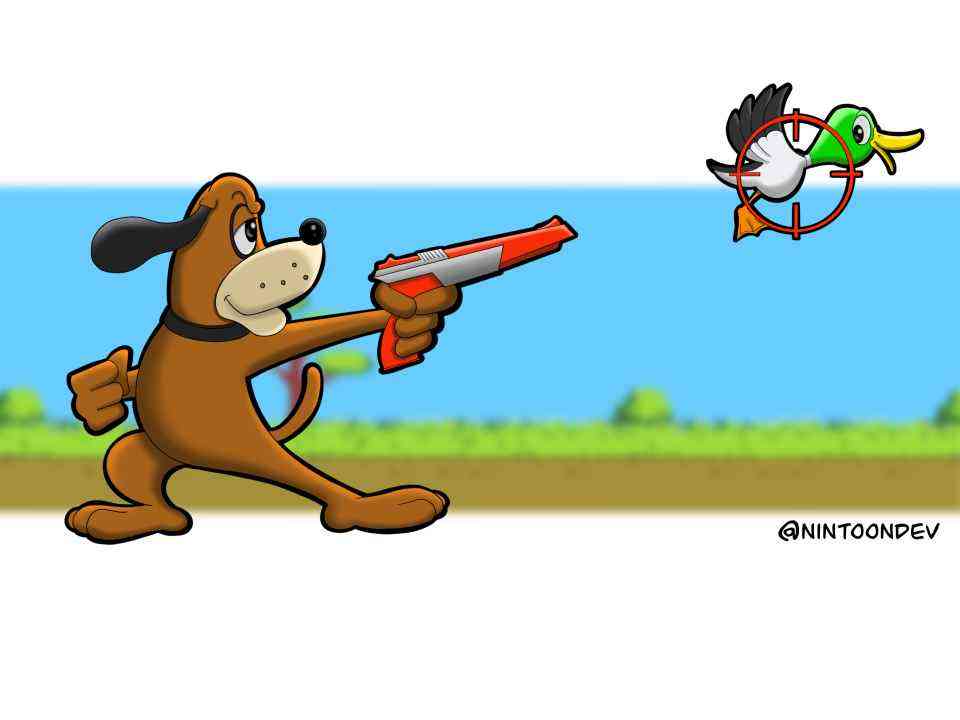 Who do you think is the best video game mascot? Would you like to see NinToonDev create an image of your favorite? If you want to see more of his incredible work, check out his Twitter, Instagram and Etsy.