We got the chance to sit down with Sean Ramjagsingh, Producer for EA Sports NHL 16 during Microsoft Canada’s recent X’15 event.  Critics and fans of the series alike panned NHL 15 pretty hard, and after my discussion with Sean it became evident that the team took much, if not all of the criticisms, to heart as they started to work on NHL 16. We chatted about how they felt about the criticisms, how they are trying to change things, and anything special they may be doing to make NHL 16 a much better game. 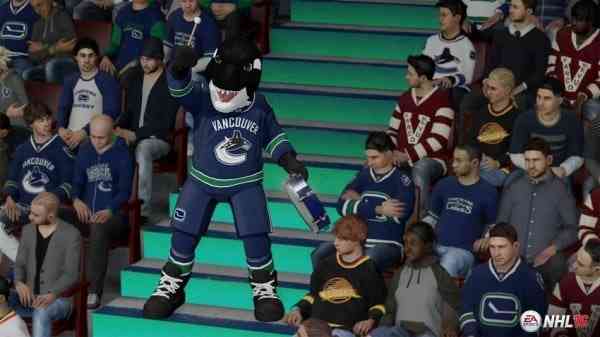 When asked about how the dev-team as a whole felt about the cold reception to NHL 15, Sean stated how console transitions are tough, and they experienced some of the challenges that come with a console transition. He stated that at the end of the day, if they take a step back and look at NHL 15, first and foremost, you need to deliver great gameplay, and there’s expectations around the presentation and leveraging the power of the consoles. Without those two things, it doesn’t matter what else you do around it, if gameplay experience isn’t great, it’s going to suffer.  He also stated that the team understood that the depth and breadth of the game modes wasn’t there and how some game modes that didn’t make it in which resulted in their fans becoming upset around that.

With this in mind, it was clear that the team at EA Sports Canada wanted to make things right.  For this to happen, the decision was made to work with the fans right from step one, and that they would not be disappointed again. One of the biggest things they did to make this happen was that they created the “Game Changers” program, where the community got to select a group of 12 guys that would help set the stage for what NHL 16 would be. These people were brought in early and walked  through the feature sets, what the dev-team were thinking and they helped to shape the features. They were given the entire feature set for NHL 16 in September or October the previous year, so this was a giant leap of trust, but yet something they felt was important to do to get the feedback needed.

“…you need to deliver great gameplay, and there’s expectations around the presentation and leveraging the power of the consoles. Without those two things, it doesn’t matter what else you do around it, if gameplay experience isn’t great, it’s going to suffer.”

For example, the Hockey Ultimate Team mode. The team at EA Sports Canada want to continue to build on this mode as it’s been their most-played mode in the past. Removing some of the intimidation has been a focus. A lot of people like the managerial aspects, the mode aspects of Hockey Ultimate Team, but the fact that those playing the mode have to go online and play against people is still an intimidation factor. The dev-team wanted to give people a nice, safe place to play, so they now have offline seasons in this mode. You can experience all the craziness of Hockey Ultimate Team without having to go online and play your games.

Another example of how they want to improve the whole NHL 16 experience is making the game more accessible for people as a whole, trying to get as many people as they can to come play the game. Sean noted how for some people, they might only come play NHL once and not come back for three or four or five years, especially if they don’t have a great experience. So they want people to pick it up and be able to get to the fun fast, experience the greatness of the sport and the game.

To help more people learn the ins and outs of NHL gameplay, they have new visual on-ice trainer, where it’ll teach you as you’re playing the game. It’s an adaptive system that will start you off easy as it’ll give you hints while you’re playing the game telling you the fundamentals, such as how to shoot, how to pass, how to switch players, all the very basic controls, and then as you progress and the game recognizes that you know how to do the basics, it will teach you how to do a slap shot, and then a wrist shot. Then you’ll get into defensive controls: poke checks, stick lifts, then such things as face-off controls. At the end of the day the system will teach newbies, or casual players, the basics and allow them to stop learning at whatever level they feel comfortable.  Sean noted how even some of the hardest of hardcore guys still ask them how to do face-off properly. “What are the different mechanics?” He stated that the on-ice trainer will walk you through all the different variations and let you enjoy the game. An interesting tidbit, Sean smiled as he stated how all the playtests they did they showed that even experienced players benefited from this new adaptive system too, which he found pretty awesome.

Online play has always been an issue for some gamers out there, being able to match up against someone who is the same level, or at least near it, allowing them to feel like they can compete and not get rocked out of the house so to speak.  The dev-team believes that they have put the tools in there (visual on-ice training for example) to hopefully allow people to get to a level where they can feel competitive in any match that they get. They recognize that people will get some mismatches, and you’re going to end up against some people that are essentially more talented than you on there, but hopefully the gameplay experience is still fun enough, or you can learn from that experience when you’re playing against more experienced people, that you come out of that game, even though you lost with a couple tips and tricks and see how some of the better players in the world play the game.

It was evident from my time with Sean how much work has really gone into NHL 16.  If you could only see the actual interview notes transcribed, you’d realize how much information was passed on to me and how many additions and changes have indeed been made.  What I have noted heer is only a few of the notable changes/additions that I felt I should talk about.  As my interview time ended, I asked Sean what he wanted fans of the series to take away from the game.  It is best left in his exact words, so I leave you with this quote:

“First and foremost, we’re extremely proud of the product we built this year working with our fans. I think the fan input has been, like I said, invaluable, and we look forward to them getting their hands on it, getting the feedback from them, so we can continue to dial in the experience, and also to continue to work with them as we move forward into NHL 17, as well, but, again, happy for all the feedback. As a team, we’re happy with the product we’re delivering, and we’re just really excited for them to get their hands on it and play it.”