It’s hard to argue that Splatoon hasn’t locked down a position as one of the year’s biggest hits, breaking a million sales in very little time and being the tenth Wii U title to do so. At its initial release a number of issues with Splatoon’s online matchmaking and functionality triggered significant negative feedback. But as our luck would have it, it seems Nintendo was watching and listening, and Splatoon’s ver. 2.0 content patch has given its fans much of what was missing from the initial release. Let’s break down the content shall we.

Splatoon is, for all intents and purposes, an online only game., so naturally a great online experience is key. Two game modes have been added in the 2.0 update to better Splatoon as a whole for its players. These modes are Squad Battle and Private Battle. The latter, Private Battle, is as it seems. You and any number of your friends (up to the maximum 8) can duke it out amongst yourselves without the intrusion of pesky strangers. Having spent a good deal of time in private matches, it has become very apparent very quickly why Nintendo chose the 4v4 format for the game. While you can have as many, or as few, players as you wish, the games pace slows significantly with each missing player. I enjoy having the new Private Match option as I can now just play with my fellow Wii U owning friends who enjoy this game as much as I do.  As for Squad battle, it is yet another mode available for players to join up with their friends, albeit in a much more serious way. Squad battles are ranked matches against other prebuilt teams. This is, in a way, the ultimate online game mode for those who want to take their Splatooning to the next level and it can get really competitive really quickly, something that fans may or may not enjoy depending on personal preference. 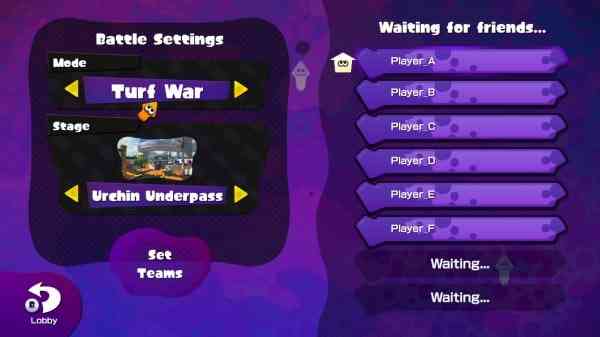 Also included in the update is a new multiplayer map. New multiplayer maps are anything but, well, new at this point as we’ve seen a number of them added to date, but new turf means fresh ground to splatter and more fun to be had. Camp Triggerfish makes its debut and is arguably one of the games prettiest maps. It has a very log cabin “summer camp” feel too it. I guess that means the name is fairly appropriate. You’ll find a lot to like here as the map is well designed and it fits in with the other maps already out but yet you know it’s new and something fresh.

The 2.0 update also includes a number of brand new weapons and gear, and a new level cap of 50. There are new hats, shirts and shoes that have made their way into stores for your swaggering needs, but let’s be honest…we wanna talk about the guns. Two brand new weapon types have been added to the game in the form of the ‘Splatling’ and the ‘Slosher’. The Splatling Gun is an ever so cleverly named Gatling Gun. It’s big, it’s bulky, and it absolutely wrecks things if you know what you’re doing. Because this new addition has such impressive range and damage, it has a draw back in its charge time and ink consumption. Using the Splatling requires you hold down the trigger for a short time before being able to fire off a destructive volley. It’s very effective, but if somebody sneaks up on you you’re a goner! The Slosher, however, is on the opposite end of the spectrum as the Splatling. Have you ever been in a water fight that went on so long that you eventually started just splashing each other with buckets rather than tedious balloons? Well now you can do that in Splatoon. The Slosher is a short range bucketed weapon that is as close to a shotgun as we are getting in this E rated ink-fest. It’s brutally powerful, but you need to be darn close in order for it to be effective 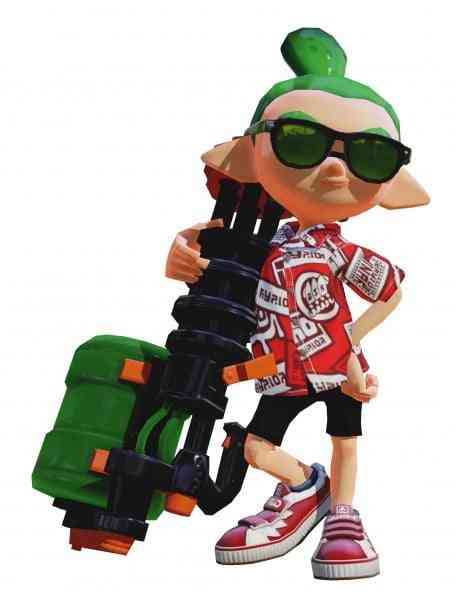 As time goes on Splatoon is getting more and more content, which is absolutely great. It’s actually hard to believe that with the steady stream of new stuff fans of the game have received before the launch of the 2.0 update, that they had enough left in the coffers to give us a big update like this, let alone the fact that they have more lined up for later! It’s abundantly clear that Nintendo is holding this one close to the chest and watching it even more closely. I have no doubt in my mind that Splatoon will continue to get more support and updates as we move forward, and I’m immensely excited to see what other amazing surprises they have ready to drop on us. I look forward to seeing you all on the Splattlefield.