Mortal Kombat has been integral to shaping the modern fighter. Introducing a deep and fleshed-out story as well as a plethora of other modes, the franchise has set a new standard for what is expected from the genre. After resurrecting the series, NetherRealm decided to give the DC Universe another shot, creating the incredible Injustice. Whilst Ed Boon’s influences are clearly prominent in his work, he’s edged closer to his fantasy of a horror-filled title with the addition of iconic slashers that have headlined DLC content. With two successful franchises under their belt, is it time to add a third? Join me as I ponder the question, ‘what would a horror fighter by NetherRealm look like?’ 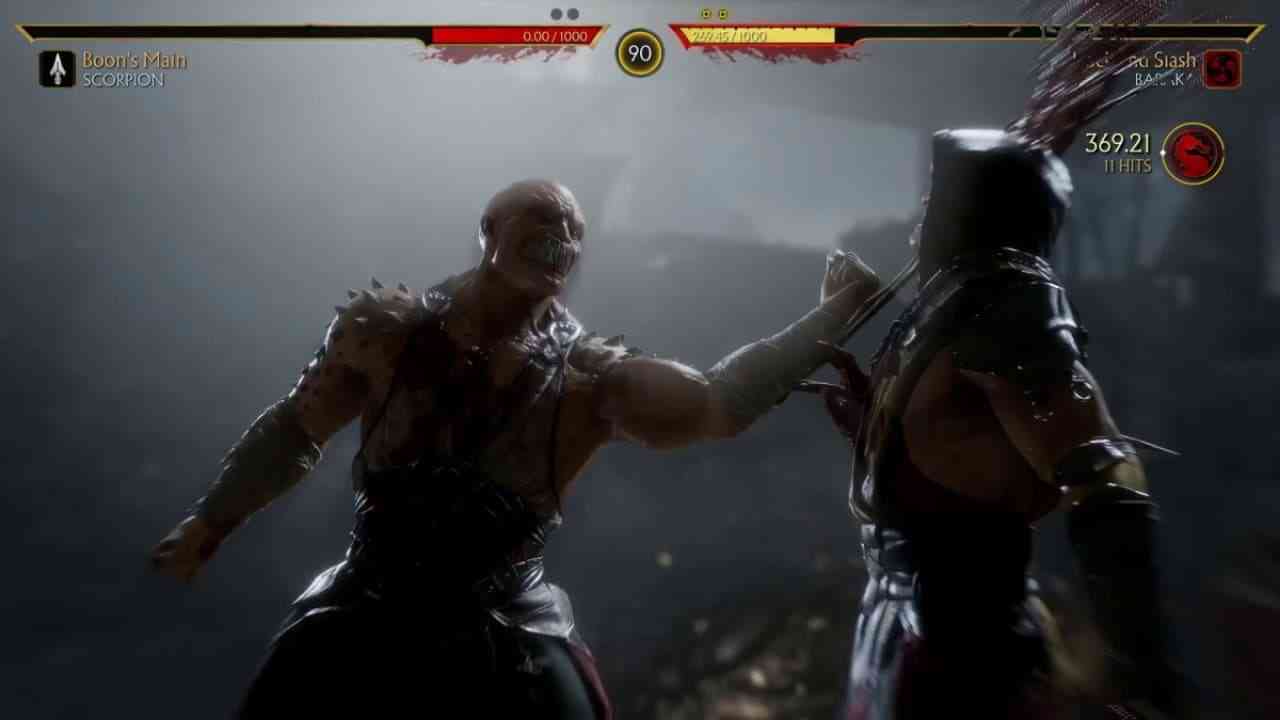 Mortal Kombat has had some of the most gruesome finishers seen in a video game. From Kano’s visceral heart extraction to Noob Saibot’s crotch splitting separation, the game has made audiences laugh and squirm for years. Not only would the over-the-top fatalities lend themselves to horror-based characters, but it would also be the perfect opportunity to recreate classic kills from the silver screen. With Jason Voorhees, you could pulverize your opponent with the bone-crushing sleeping bag kill, whereas with Jigsaw you could place your foe in the sadistic reverse bear trap. The deadly and devious possibilities are endless! 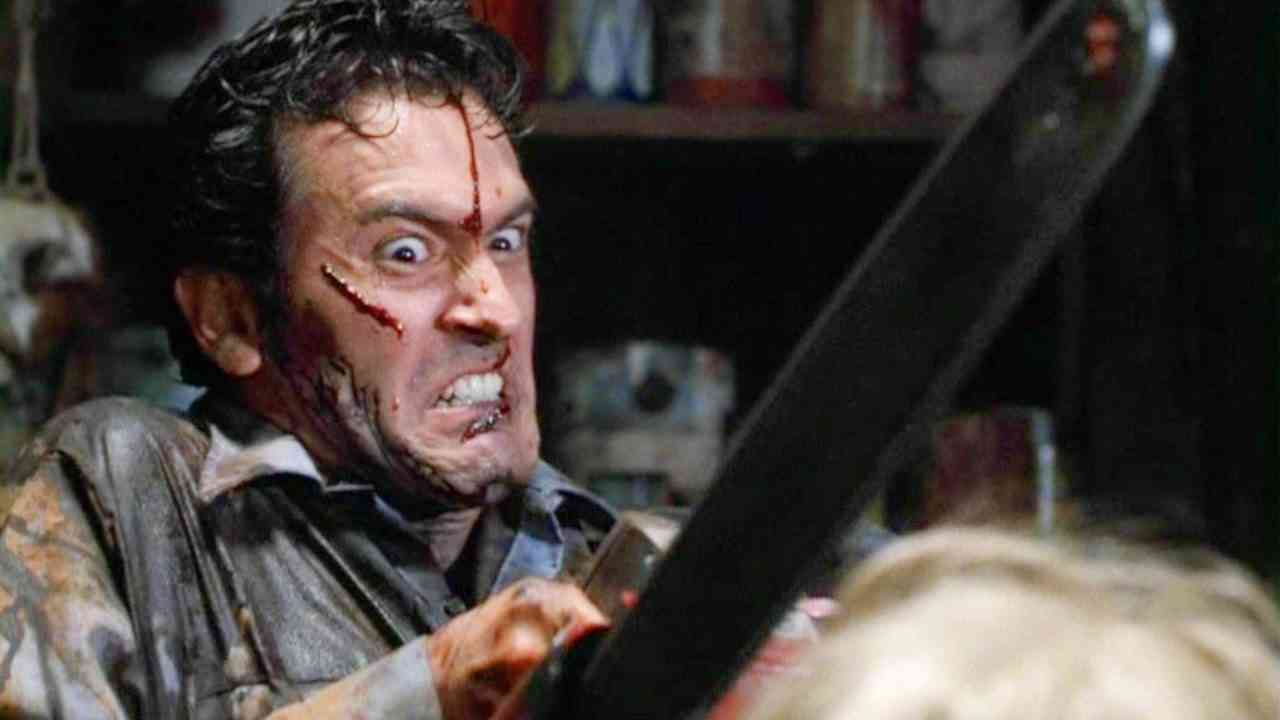 A personal favorite of mine is the incompetent yet overly-confident Ash. With a chainsaw attached to his hand, he would need to use the same weapon as Leatherface. Due to this, the developers would have to alter their styles to ensure they are dissimilar. This would be a perfect opportunity to lean into the humor of the franchise. Moves could be enshrouded in cowardice with combos being formed through a catalog of mishaps. Adding the odd one-liner would also help to solidify his personality and act as a great counter to the menacing villains. 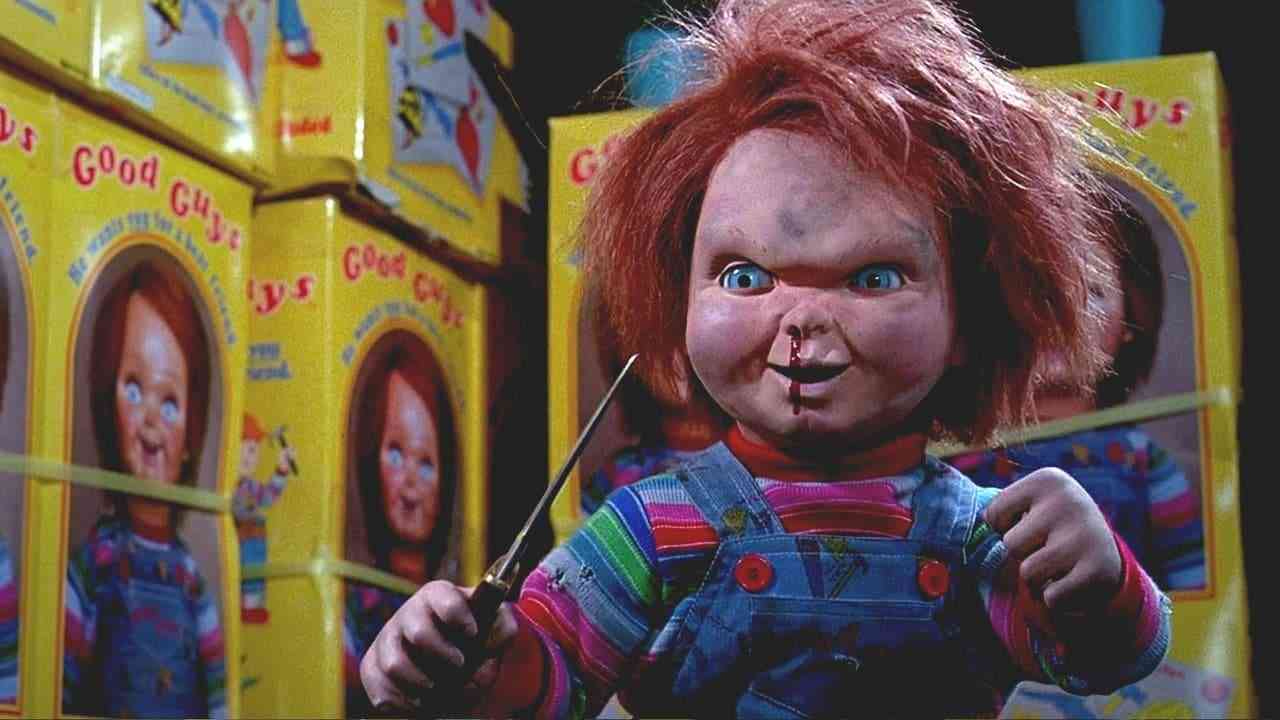 The maniacal doll has been engulfed in controversy since its inception. Debuting in 1998’s Child’s Play, Chucky played on psychological fears to become an icon in the genre. Short in stature, his lack of verticality would create some interesting matchups. Gamers would have to adapt their playstyle and not rely on a routine of combos to overcome the sadistic toy. 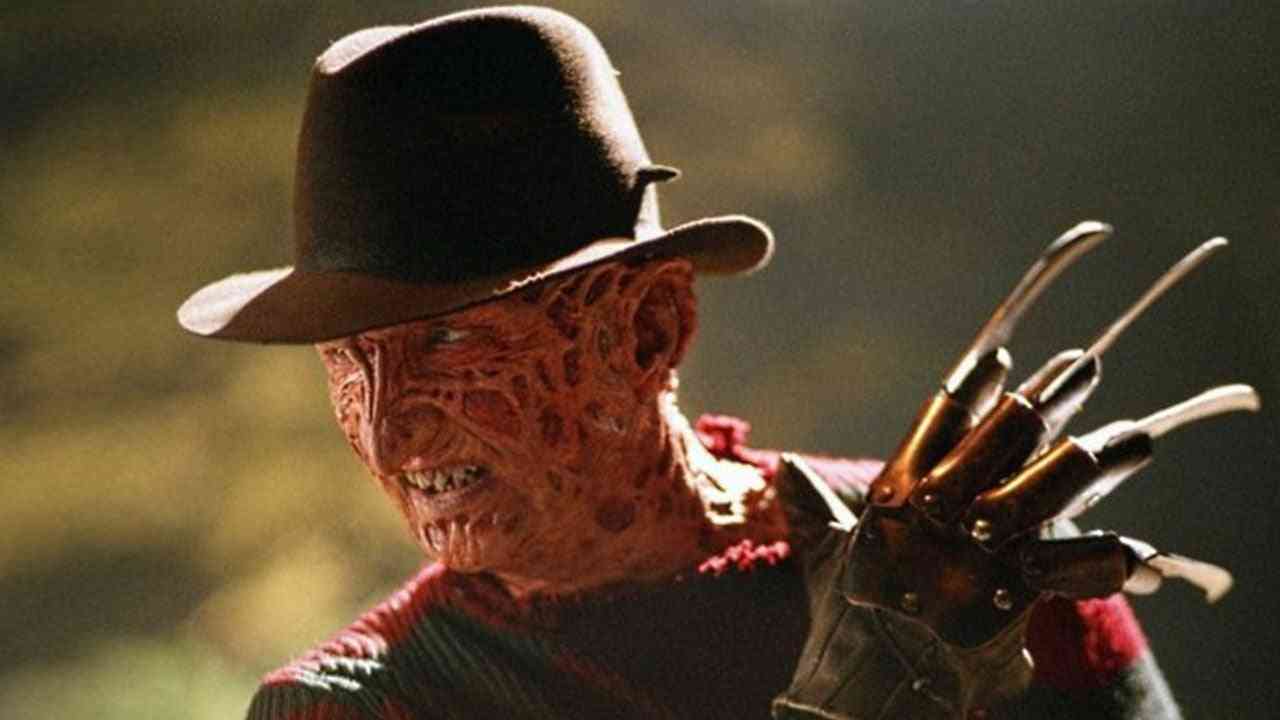 Whilst his implementation in Mortal Kombat (2011) was a little lackluster, the razor-claw sporting villain is a must for any horror-themed fighter. His slim build and unique powers vary from the typical antagonist. Due to his speed, he would be an excellent character for those who prefer a pressure-based play style. 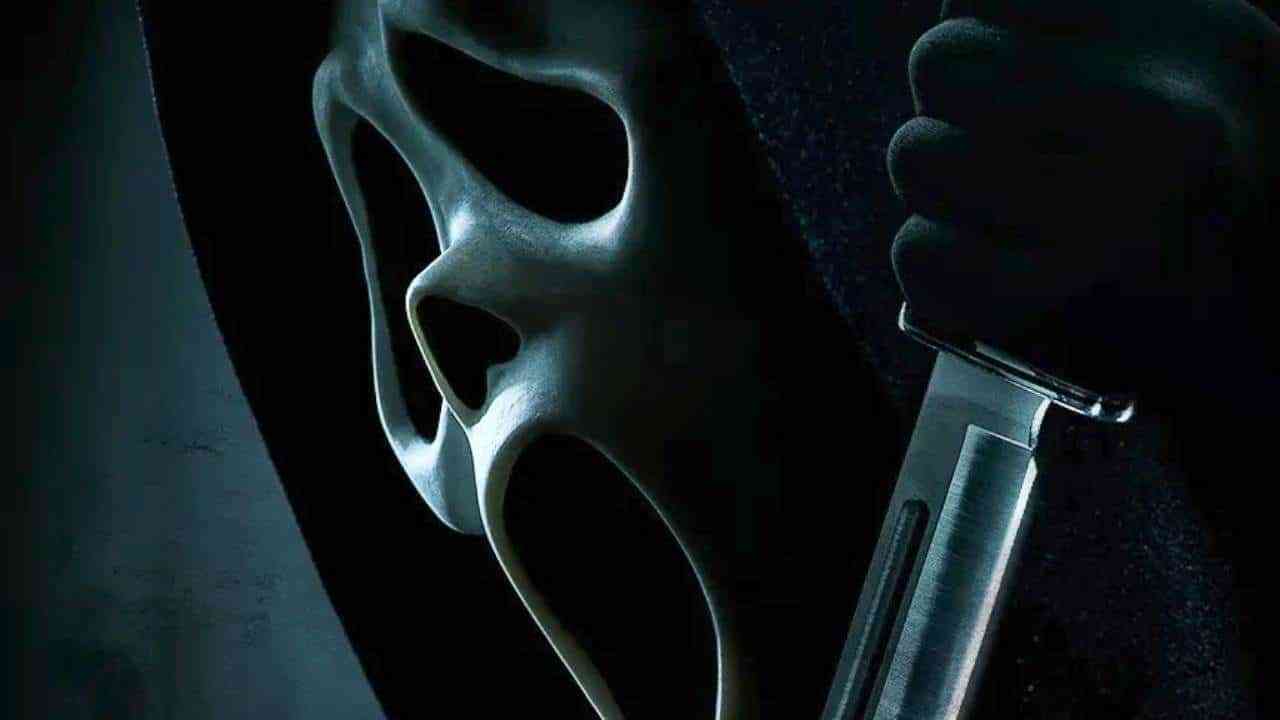 In 1996, Ghostface snook into the cinemas, instantly becoming a fan-favorite of the genre. Grounded in reality, the antagonist differs from the others due to his lack of supernatural abilities. Due to this, the character could adopt rush-down tactics to overwhelm his opponent. It would be fantastic to play with the idea of having multiple versions of Ghostface appearing on screen, referencing the franchise. 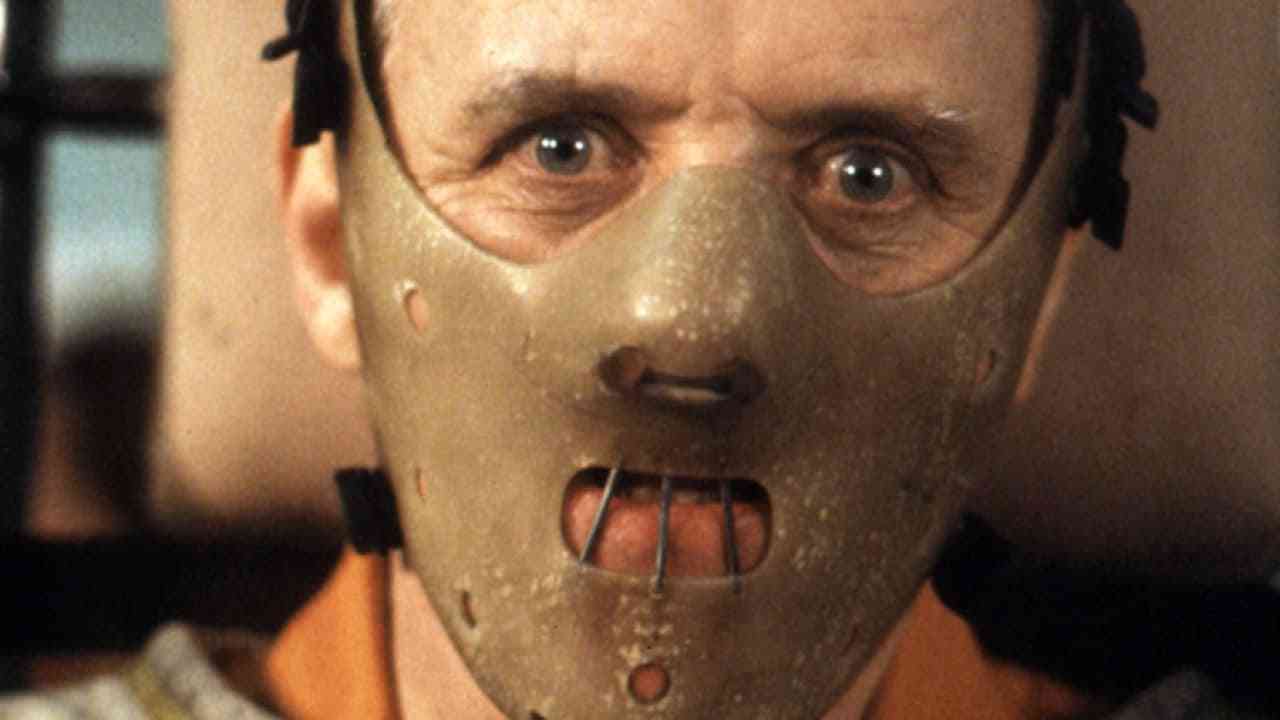 Brought to life by the charismatic Anthony Hopkins, Hannibal Lecter has terrified audiences since 1991. His calm and composed demeanor differs from many on the list, making him a unique offering. I would like to see him implemented in full restricted garb. A mask and straight jacket, meaning he can only fight with his feet and head. This could loosen each round, giving more options to decimate your opponent as the fight progresses.

The troubled father, Jack Torrance would be an interesting addition to the roster. Whilst he could obviously wield an ax, I would like to see his psyche play a key role in his method of combat. I envisage an Eternal Darkness-esque sanity meter that would alter his attacks. Starting off sane, he could gradually become more unhinged as the fight progresses. Filling the meter could give boosts and hindrances adding a risk/reward to his fighting style. 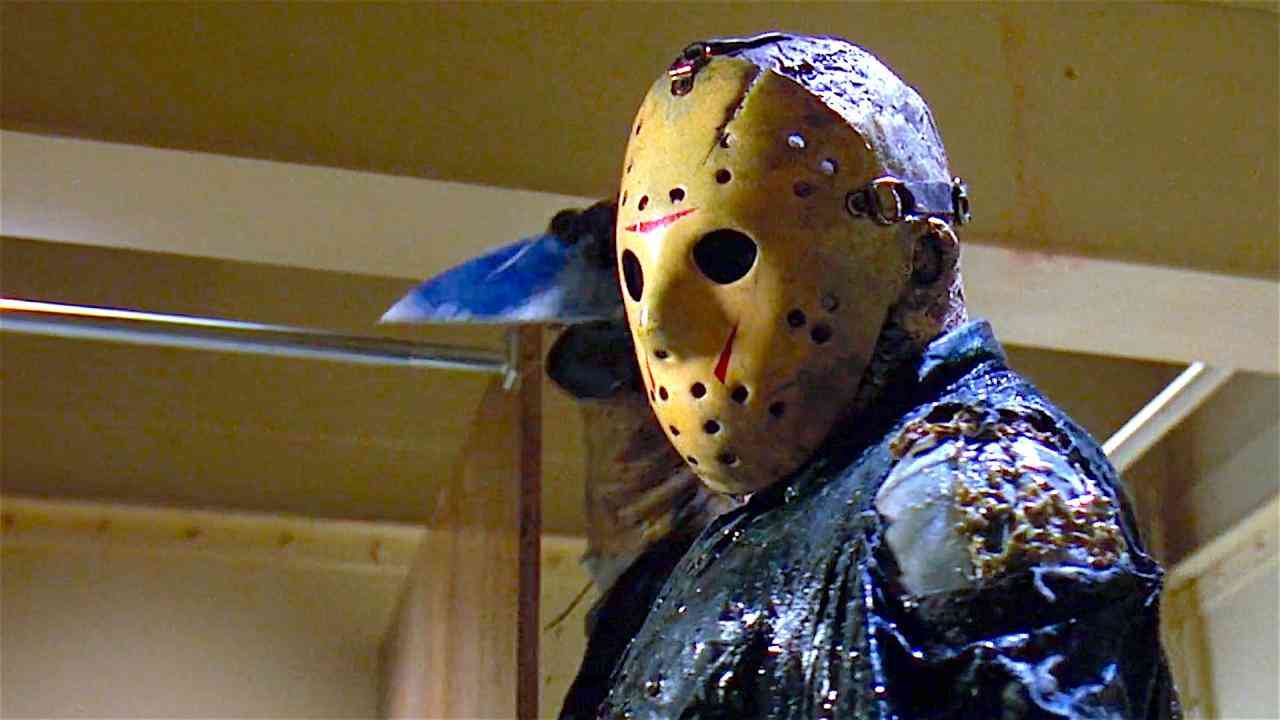 Although Jason and his bloodstained hockey mask were part of the Mortal Kombat X DLC, I personally think they missed a trick with his power-based move set. His imposing stature was incredibly realized, however, I would have loved to have seen a combo-based grapple system used with the brute, similar to that of Solomon Grundy from Injustice: Gods Among Us. 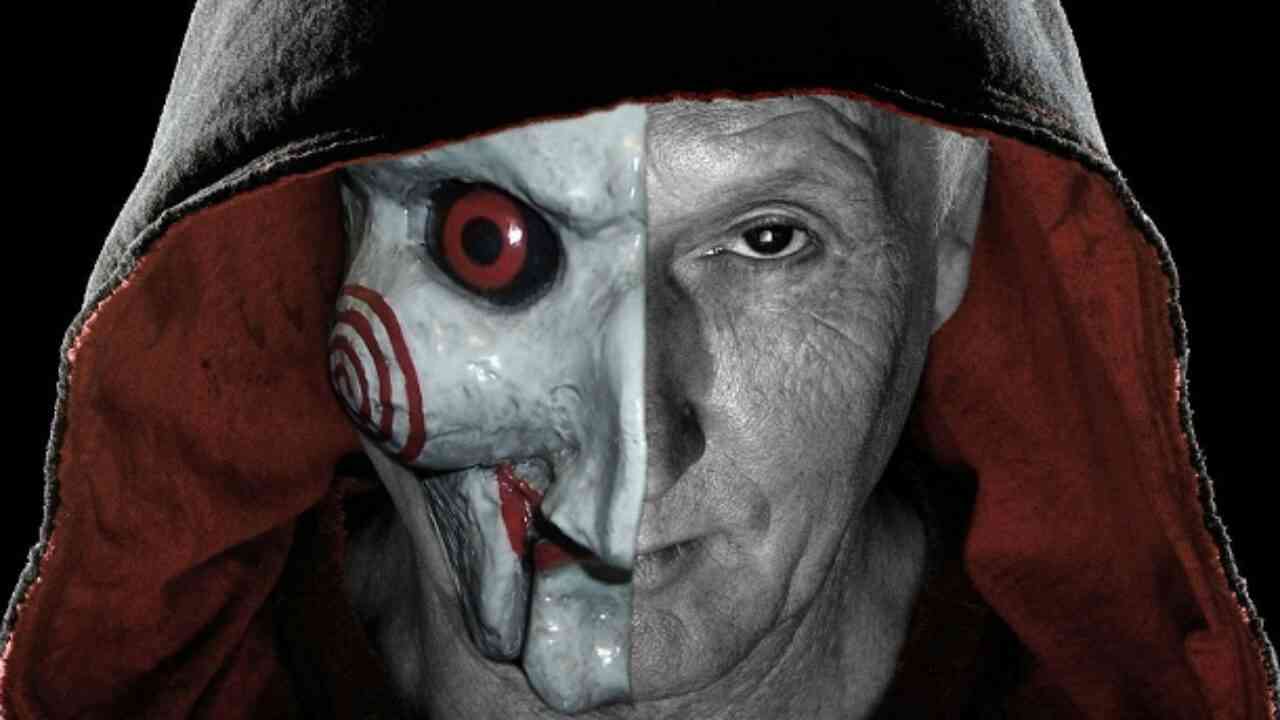 The master of elaborate challenges, Jonathan Kramer AKA Jigsaw would be a brilliant gadget-based fighter. Apart from the glorious fatalities that could be included, he could set traps in order to control his opponent’s positioning, giving a unique approach to combat. 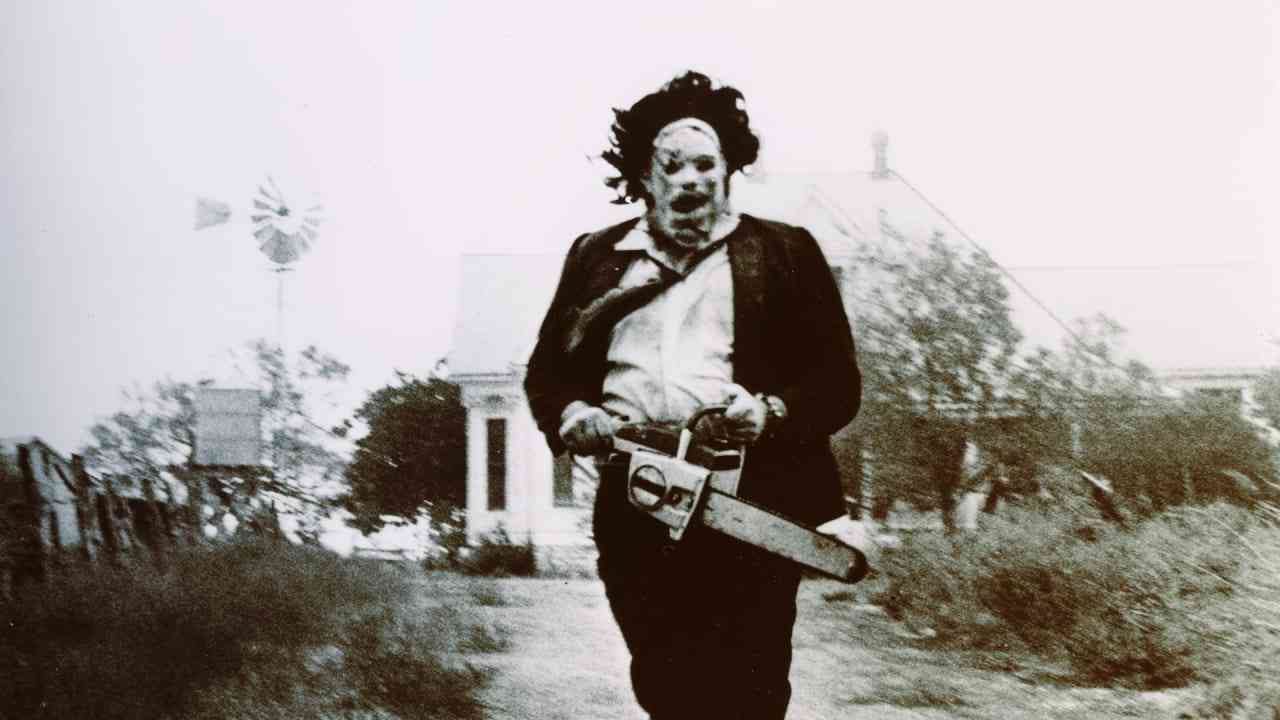 With a similar physique to Jason, NetherRealm would have to alter Leatherface’s fighting style to ensure that they’re both distinct. Due to this, a zone-based attack system would suit his persona. Making use of his chainsaw, butcher’s hook and chains would differentiate him from other large characters, which was an issue with his inclusion in the MKX DLC. 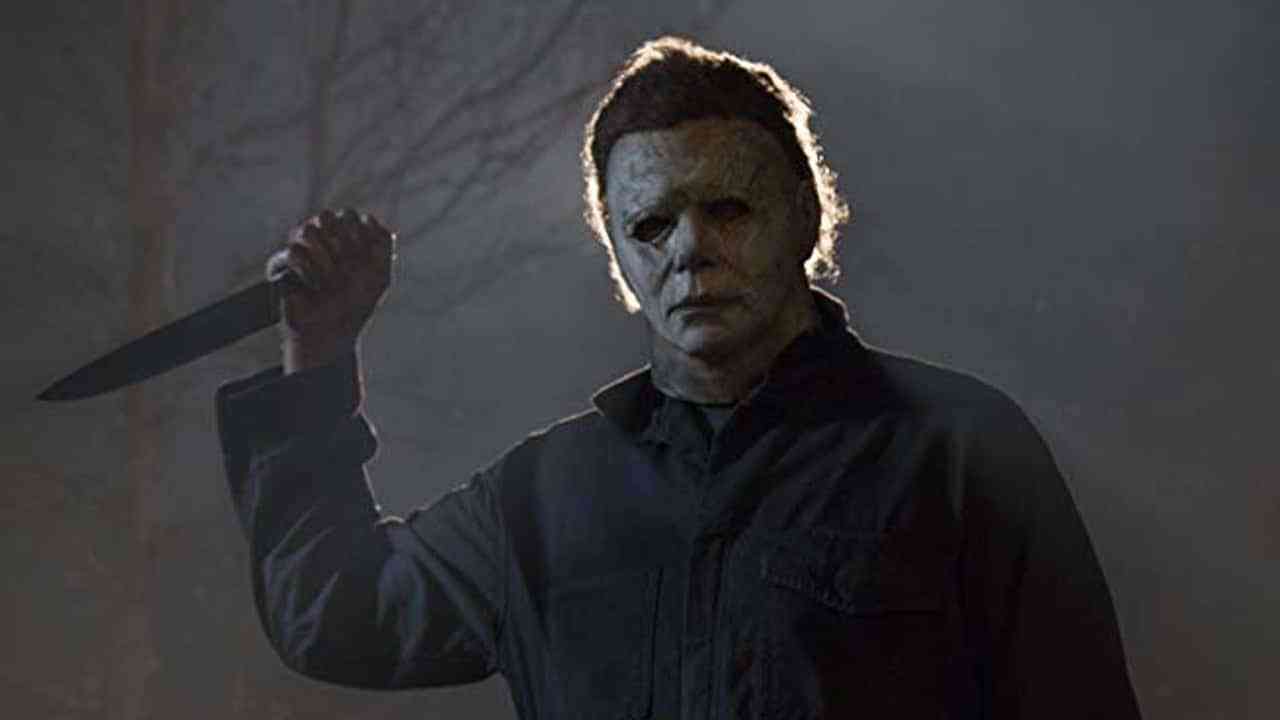 Who would have thought that a William Shatner mask and a boiler suit would combine to be one the scariest looking villains in the genre? The immortal Micheal Myers possesses many elements that would make him an essential pick for the roster. Similar to Scorpion, he could instantly appear at the opposite side of the stage to wreak havoc with his machete. With his phenomenal strength and visceral nature, he would dominate in close-quarters combat. 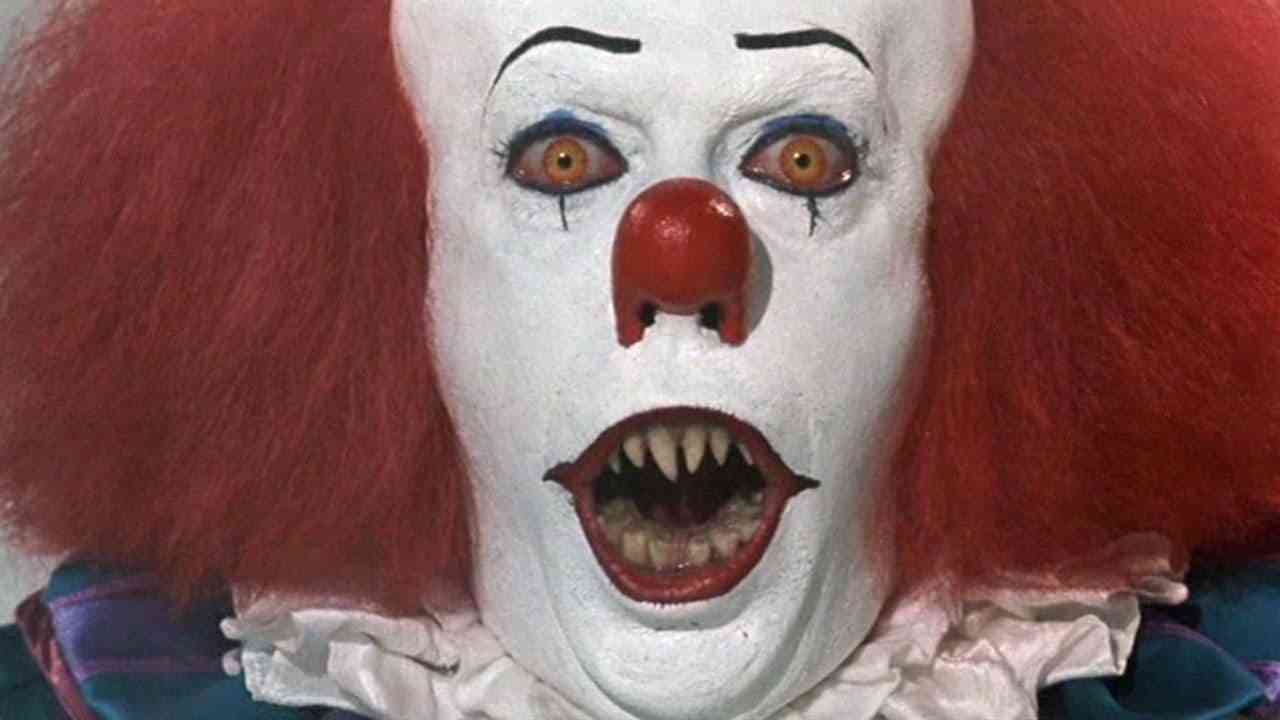 Clowns man. They suck. The suckiest of all is Pennywise. The nightmare-inducing jester made an unwelcome return in 2017, scaring the crap out of cinemagoers around the world. Due to the iconography linked to the character, his inclusion would be a necessity. With the ability to shapeshift, it’d be an interesting mechanic for Pennywise to be able to switch personas with each having a unique move set. 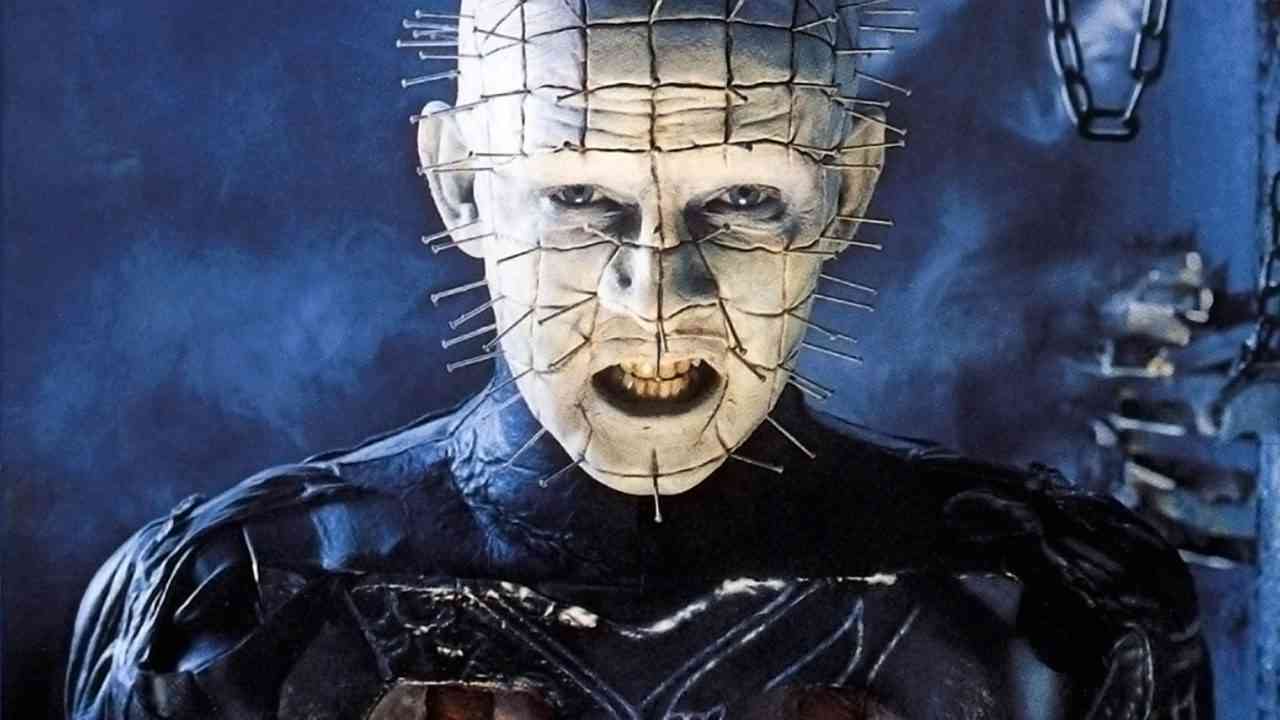 Arguably the most visually disturbing, Pinhead’s supernatural abilities would make him differ from others. With the power to teleport, conjure items from thin air and summon the hellish cenobites to do his bidding, he would be a strong ranged-based fighter.

Whilst licensing issues may mean that this may never come to fruition, we can always hope that NetherRealm makes a deal with the devil to make it a reality. Who would you like to see in a horror-themed fighter? Have I missed your favorite character? Let us know in the comments below or on Facebook or Twitter, and don’t forget to subscribe to us on YouTube for more great video game content.